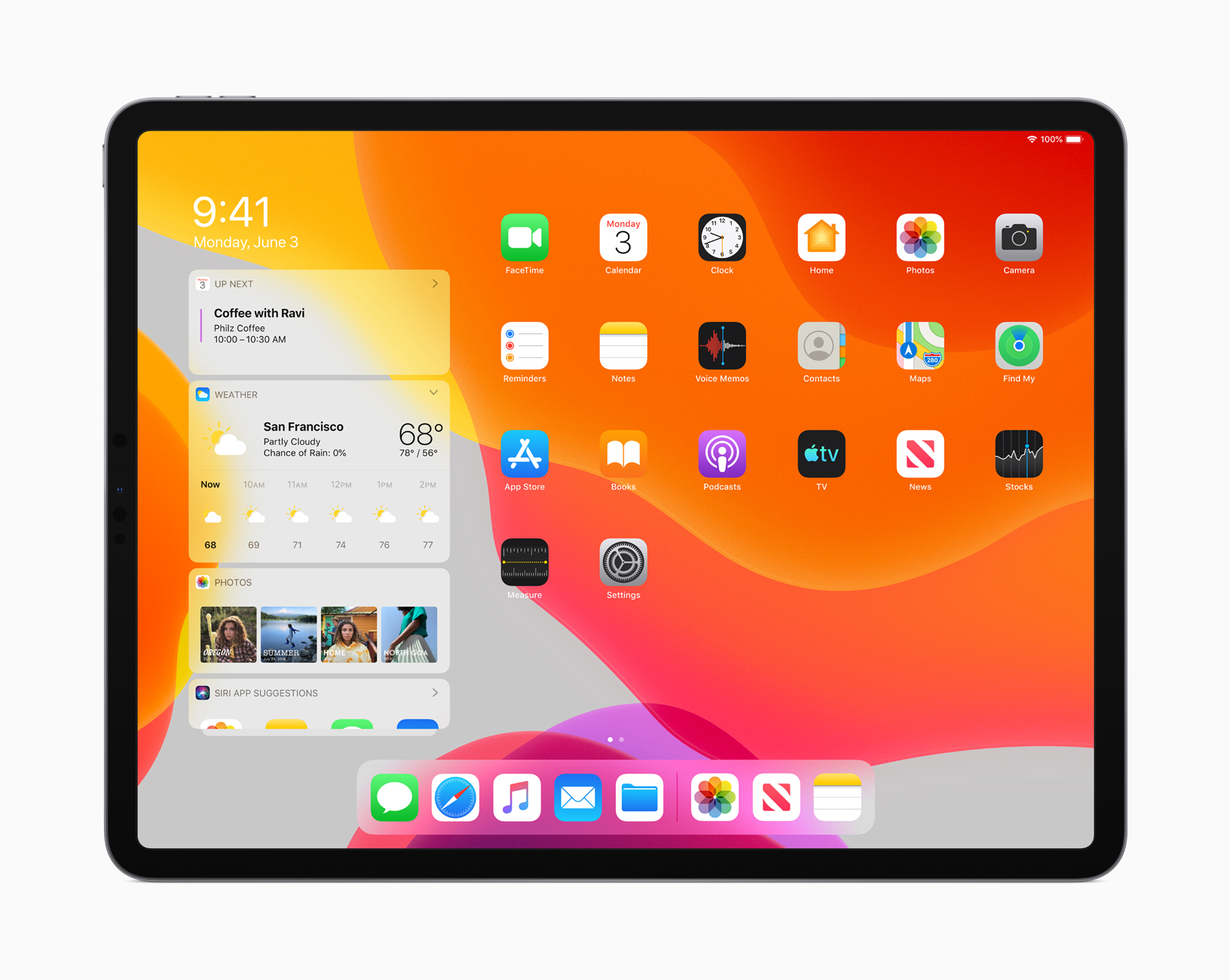 Apple’s software update for the iPad coming later this year will bring a handful of useful new features, such as improvements to the way the iPad multitasks and handles file management.

Although the iPad isn’t meant to be a complete replacement for your laptop, Apple’s tablet has slowly become a more viable productivity tool in recent years. That’s truer than ever with iPadOS, the new software update Apple will be launching for the iPad later this year.

It marks the first time Apple has separated its iPad software from its iPhone operating system, a move that further distinguishes the two products from one another. It’s a sensible move now that smartphones generally have much larger screens today than they did when the original iPad launched in 2010, people are using their phones for some of the tasks they may have turned to a tablet for in the past.

As such, companies like Apple, Microsoft, Samsung, and others have been positioning their tablets as productivity-oriented devices that offer larger screens than smartphones and better portability than laptops. The iPadOS update will provide new features that are critical in boosting the iPad’s performance in this role as a work device.

Apple didn’t say precisely when iPadOS will be released, but the company typically debuts new software updates across its products in the fall time frame.

From new copy and paste gestures to improved multitasking, here are our favorite new features coming to the iPad later this year.

You’ll be able to pin widgets to the home screen.

Widgets in iOS are usually just a swipe away from the home screen. But when iPadOS launches, you’ll be able to pin certain widgets to the device’s home screen, making it easy to see information like upcoming calendar appointments at just a glance.

You’ll also be able to choose favorite widgets that will always appear on the home screen. It’s a useful addition that can help you make the most out of the extra screen real estate the iPad has to offer.

Your iPad will be capable of functioning as a second display for your Mac.

Third-party apps like Duet Display have made it possible to use your iPad as a secondary display for years, but now this functionality is finally coming to iOS natively. Apple’s next big Mac update, called Catalina, and iPadOS will bring a new feature called Sidecar that turns your Apple tablet into a second Mac display.

That means you’ll be able to extend your desktop so that it stretches across your Mac and your iPad, making it possible to drag content between both. You can also use the iPad to mirror your Mac’s display, and to edit content on the iPad using the Apple Pencil while seeing the changes occur live on your Mac.

You’ll be able to cycle through multiple apps that are open in Slide Over mode.

Apple’s Slide Over feature, which allows you to pin an app to the side of your iPad’s screen in a column view alongside another app, is getting a noteworthy update in iPadOS. When the update launches, you’ll be able to open multiple apps in Slide Over simultaneously and cycle between them with a swipe.

The iPad is finally going to be compatible with thumb drives.

The iPad’s inability to support external drives has always hampered its ability to serve as a work computer, but that’s finally changing this year. The iPad will soon be compatible with external devices such as a USB drive, hard drive, and a microSD card, making it much easier to get content that isn’t saved in the cloud onto your iPad. It’s a feature that competing Windows tablets like Microsoft’s Surface Pro have had for years.

The Files app is getting new views that make it easier to manage content.

Apple launched the Files app for the iPad back in 2017, an addition that was necessary in order for the tablet to be taken seriously as a productivity machine. Now, with iPadOS, Apple is making the Files app even more robust and comprehensive with a new column view and other helpful features.

Based on Apple’s presentation, it seems like the column view will make it much easier to find documents quickly without having to dig through your folders. You’ll be able to view sub-folders in a column alongside your main folders, and a new preview pane lets you see images and other content without having to open it.

The Files app is also getting a new downloads folder for keeping your downloads from the Mail app and Safari all in one place.

You’ll be able to view the progress of files downloaded in Safari.

When iPadOS launches later this year, Safari will have a download manager that enables you to view download progress and quickly access recently downloaded files. That’s a huge win for those who often use their iPad for work-oriented tasks and frequently download material from the web.

Safari will now show the desktop versions of a website on the iPad.

If you’re going to use your iPad like a desktop computer, it should be better at behaving like one. That’s presumably why Apple is adding the ability for Safari to automatically show the desktop version of websites on the iPad, making better use of its larger screen. Apple also says that despite being designed for the desktop, these websites will still be optimized for touch.

You’ll be able to view the same app in different windows.

Apple’s Split View feature for the iPad is limited in the sense that it’s not possible to run the same app in multiple windows.

For example, if you want to open two documents in the Notes app side-by-side, or two tabs in Safari alongside one another, you’re out of luck with Apple’s current software.

But that’s going to change soon enough, as iPadOS brings the ability to run multiple windows showing the same app. That should make it much easier to work on projects that require multitasking across several documents or websites.

You’ll be able to navigate webpages and documents more precisely with a scroll bar.

To make it easier to navigate through long documents, Apple is adding support for scroll bar scrubbing on the iPad. When iPadOS launches, you’ll be able to drag the scroll bar to a designated area on a webpage or document, allowing for more precise scrolling just like on the desktop.

The iPad is getting new gestures for copy, paste, and other actions.

While mouse and touchpad is probably still the most natural form of input for work-related tasks, Apple is improving the way touch works on the iPad.

Consider the new copy and paste gestures in iPadOS, for example. You’ll be able to copy text by pinching up from the screen with three fingers, while pinching outward with three fingers will paste the content in the location of your choosing. The gestures are meant to mimic the motion of picking something up and putting it back down, making it easy to remember.

One advantage that Samsung’s S Pen stylus has always had over the Apple Pencil is its ability to tie into Samsung’s software to enable certain shortcuts and features.

With iPadOS, it looks like Apple Pencil owners will get a small taste of this type of functionality, too. You’ll be able to take a screenshot in iPadOS by dragging the Apple Pencil from either bottom corner of the screen. While the Apple Pencil is still largely intended to be a tool for drawing, sketching, writing, and annotating rather than user interface shortcuts, it’s refreshing to see another use case for Apple’s stylus.

Other than the new screenshotting feature, the Apple Pencil will be capable of working at a lower latency thanks to Apple’s improved prediction algorithms.

Apple Getting Rid of iTunes, To Replace It With Separate Apps