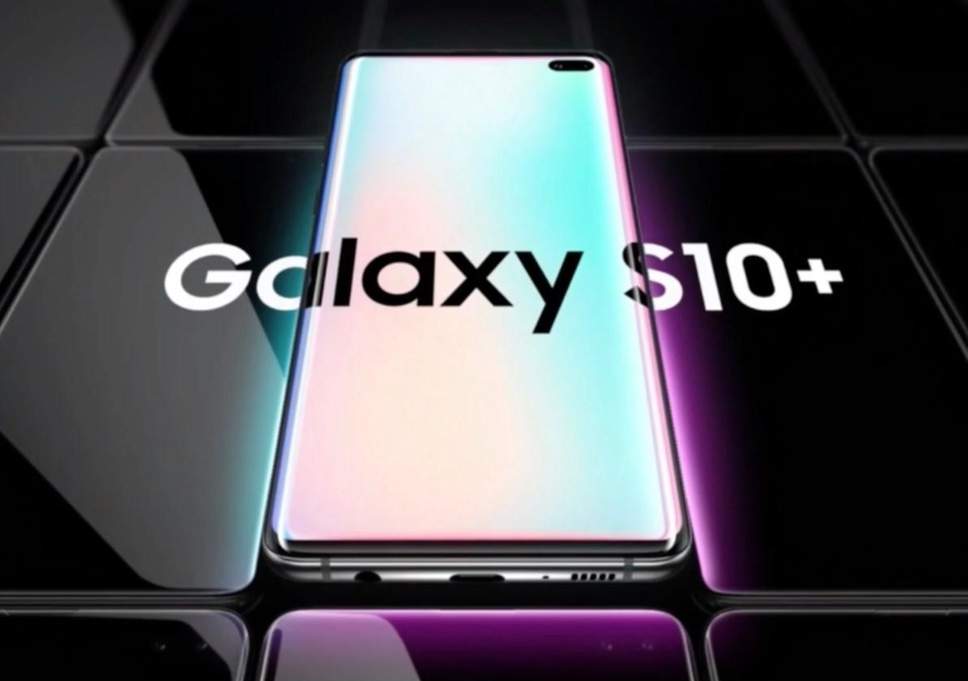 Samsung has unveiled a folding phone that doubles as a tablet, which the Korean company hailed as the biggest development in smartphones in a decade.

The Samsung Galaxy Fold, which was launched alongside four other smartphones on Wednesday evening, functions as a typical smartphone but can be unfolded to a second 7.3-inch touchscreen.

The device, which will be released in April, will cost at least $1,980 (£1,516), making it by far the most expensive smartphone on the market.

It is the first of its kind from a major smartphone company, with Samsung claiming the device “answers sceptics” who claim that innovation has dried up in the industry

Samsung also unveiled the latest version of its flagship smartphone line, the Galaxy S10, releasing three models that cost between £669 and £1,099.

The phones – the cheaper S10E, the S10 and the S10+, feature a fingerprint scanner embedded within the touchscreen and three rear cameras that allow for wider-angle photos.

The smartphone-maker also teased its largest phone yet, the S10 5G, which offers 6.7 inch display and promises to be the future of smartphone connectivity. The phone will be available later this year, when 5G networks, that offer faster mobile data connections, come online.

The company is hoping 5G support will give it a leg up over Apple, which is not expected to unveil a 5G phone until next year.  All these devices are capable of wirelessly charging other Samsung phones and accessories. 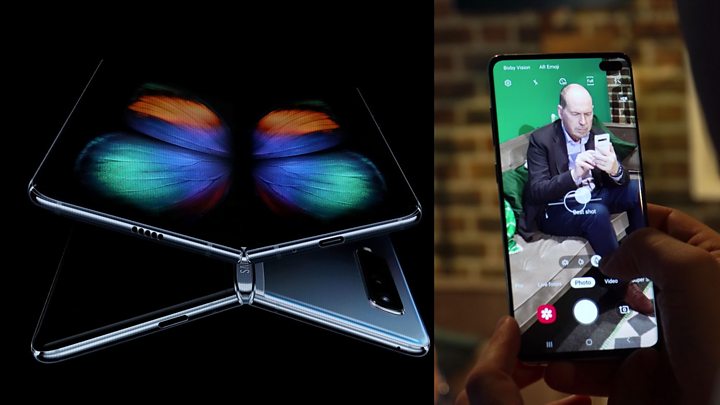 Phone makers have spent years attempting to develop flexible touchscreens that allow devices to fold in two, answering consumers’ demands for ever-bigger phone screens, without sacrificing portability. Several manufacturers are now working on their own foldable phones, hoping the technology will breathe life into a saturated smartphone market.

“The Galaxy Fold breaks new ground not just because it defines categories. It breaks new ground because it answers sceptics, who say that everything has been done, that the smartphone is a mature category in a saturated market,” Samsung’s mobile chief DJ Koh said. “We are here to prove them wrong.”

Samsung said folding the phone out into a bigger-screened version will allow multi-tasking features such as split-screen apps and better video watching.

However, the high price of the device means it is likely to sell in small numbers. Some versions are likely to sell for more than $2,000, just 18 months after Apple introduced the first $1,000 17 months ago.

The presentations are winding down, and Samsung has left us with their vision of the future in their latest commercial featuring the classic song made famous by Doris Day.

But there’s more to come, keep up to date with the latest Samsung news here and follow @JamesTitcomb on the ground as he elbows everyone out of the way for a first look at the folding phone.

The Galaxy S10 5G is being introduced with a fanfare – a 6.7 inch display that promises to be the future of smartphone connectivity.

This is the biggest screen on a Galaxy device. It comes with a 25-watt charger, so it will charge a lot faster. It has a 3D depth-sensing camera.

Verizon customers will be the first to receive the handsets.

Samsung’s new Galaxy watch features a battery that lasts up to a week and can continually analyse your stages of sleep – this is a huge part of the company’s push into healthcare.

They include heart monitors and “continuous stress tracking when life gets overwhelming”.

Samsung has just launched wireless, Apple-style earbuds. Hot take from the Samsung stage: “They are so cool”.

They feature a high efficiency chip set for which allows for 5 hours of calls on a single charge. They are also Bixby-enabled, so you can interact with them remotely and give them instructions (and why wouldn’t you?). They will be available from March.

You can find pre-order details on the Samsung Galaxy S10 here.

The S10 presentation featured Instagram chief executive Adam Mosseri, who presented an “Instagram mode” that will allow users to quickly post any photo onto the social media site.

Of course, there was a rather awkward selfie on stage with DJ Koh….

Here is everything you need to know about the new S10

Matt Field has gone through all of the bells and whistles of the new phones here – here are the highlights and how they differ from the S9.

First photos of the Samsung S10

The S10 introduction has come hot on the heels of the Samsung Galaxy Fold. But what does it bring to the table? Read Matthew Field’s guide to the new devices to find out more.

“Samsung just announced the price of the fold – $1,980 and up – and the crowd here literally went ‘ooooooooh'” like a pantomime,” says James Titcomb.

The era for smartphone innovation is not over

Samsung chief executive DJ Koh said that the company will prove critics wrong with the lineup of products and services launched this evening. He said:

Six cameras, but kind of clunky

The new Galaxy Fold has a 9nm processor and 12GB of RAM, making it one of the most powerful smartphones on the market (and ever). It has 512GB of on board memory. Because the phone folds up like a tablet from essentially two “smartphone” bodies, it has a dual battery, one in each side of the device that link together.

Samsung has claimed that the Galaxy Fold will fit in the palm of the hand when it’s folded.

Samsung has called the new device part of a “whole new category” and confirmed the name: Samsung Galaxy Fold – with a 7.3-inch folding infinity display that folds the phone out into a tablet.

Samsung says it has invented a whole new hinge system with “multiple interlocking gears” that are hidden away.

And… here we go

It’s kicked off in San Francisco, with some distinctly creepy music. It looks like they are starting with the folding phone…

We’ve been stuck in a camera race, Peter Jarich of analyst firm GSMA Intelligence argues, as smartphone makers have struggled to stand out with a “series of black rectangles”.

“If you’re trying to convince people to buy, then foldable is the way to go, ” he says. “This is all taking place at the same time as 5G. Will this have 5G? Doubtful.”

Could Samsung launch the iPhone killer?

Samsung’s launch today could provide the smartphone market with a much-needed jolt this year. In January, Samsung was forced to issue a profit warning as sales fell 11pc and profits dropped dropped 29pc on the back of slowing phone and chip sales; just days after Apple chopped its sales forecast due to an economic slowdown.

So can the S10, a foldable phone or a 5G device turn the tide? One market analyst told us this evening that the smartphone market is so competitive that Samsung can’t afford not to try.  “What if this were the next big thing and they missed out on it?”

James Ticomb (@jamestitcomb) is up and running from the launch in San Francisco. First thoughts?

“Samsung has to pull off the trick of convincing us that the S10 matters and is worth buying, and that phones these days are so boring that you need one that folds in half.”

A folding phone is on the cards

Rumours ahead of the launch included a foldable phone, nicknamed Samsung Galaxy X or Galaxy F (for fold), which was teased back in November. It would be a first for the technology company and could be a game-changer in the smartphone market.

Why foldable phones are the next big thing

But that’s not all. Several rivals are rumoured to be launching 5G smartphones at Mobile World Congress next month, which could prompt Samsung to release a rival product today.

Here’s what we know so far

Samsung’s main new phone tonight is expected to be the Samsung Galaxy S10. It is due to feature some “very significant” design changes, according to Samsung’s mobile chief executive DJ Koh. You can read all the rumours here – but we’re expecting more cameras, more memory and a larger display.

Beats Wireless Headphones Are Up To $110 Off On Amazon Today