We’re reaching the end of 2019, and we can pretty much say that every expected flagship is out in the market. Now, it’s time to start looking at the next year. Thankfully, it’s hard to keep secrets nowadays, and smartphones start to leak several months before the release. Today, we have one of the first rumors about the Galaxy S11. It’s one of the flagships that will set standards in 2020, and now the alleged specifications have been exposed.

Well, it’s not a surprise to see a next year’s flagship coming with a chipset that will reign in the next year. That’s the case of the Galaxy S11, which will ship with the Snapdragon 865 to anyone’s surprise. In the South-Korean firm side of the coin, we’ll have the Exynos 9830. So while some markets will receive the SD powered variant, likely US and China, the rest of the world will have the Exynos counterpart.

According to @MaxWinebach from XDA-Developers, evidence has been found about the Exynos 9830 in the latest One UI 2.0 beta. This chipset will likely come inside the Galaxy S11. In addition, after digging into the code, the developer also found a face unlock feature. This isn’t a new feature, of course, but confirms that we won’t be getting a pop-up camera in the S11. Samsung will be sticking with the punch-hole display, this time, however, it should be smaller.

The code also reveals LPDDR5 memory, UFS 3.0 storage and 5G support. However, it fails to specify the amount of RAM, although we believe that it will come with up to 12GB of LPDDR5 RAM. Moreover, it’s unclear if Samsung will release a single 5G smartphone or if an LTE-only option is also in development.

Motorola Razr rumors: Everything known about the foldable phone so far

We really liked Honor’s MagicWatch 2 when we got a chance to review it. Now the Huawei subsidiary decided to spice it up some more with the release of MagicWatch 2 Limited Edition. It has colorful bands, bezels, and themes, designed by “a number of rising stars in the world of art and graphic design”, as Honor puts it.

Up until now, there was a limited amount of watch faces in the Huawei Health app, but starting February 2020, 85 entirely new face designs will be available for download. Honor selected them from over 1,400 entries in the Honor Global Watch Face Design contest.

George Zhao, President of Honor, claimed the company is striving to be a fashion-forward technology brand. The MagicWatch 2 is supposed to “truly embody our bold, adventurous spirit with a range of stunning designs to suit every style and taste”.

The designs are quite interesting, but there is no word when they will be available – right now you can purchase the 46mm MagicWatch 2 in Charcoal Black for £160, or for £10 less if you go for the 42mm option.

This is the cheapest 256GB smartphone that comes with 8GB RAM 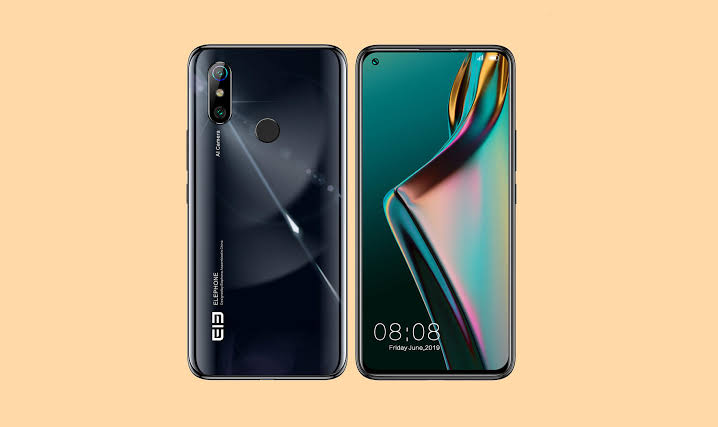 We have found memories of the Elephone Soldier, a rugged smartphone that sported a rather unique analogue compass and a price point that earned it some top marks in reviews around the world.

Elephone now has a new flagship, the U3H, and although it may not have the same rugged credential as its sibling, it more than makes up for it elsewhere.

At $184.89 (about £142, AU$268) after using an exclusive couponat AliExpress, the Elephone U3H is the cheapest smartphone that combines 256GB storage with 8GB of system memory, as much as some flagship laptops on the market.

You can bag yourself an Elephone U3H for a rock-bottom price of just under $185, which includes free delivery and a $6 new user discount. This is an mid-range smartphone running Android 9.0 (upgradable to 10), with 8GB of RAM, a 48-megapixel camera, 256GB onboard storage and a massive 6.6-inch, 3.7-megapixel screen.

There’s also two rear cameras including a 48-megapixel one from Sony, the IMX586, a rather big 6.53-inch FHD+ display and a not-so-small 3,500mAh battery.

Add NFC and wireless charging and you get a device that, on paper, is difficult to beat if storage is what you’re after. It currently rocks Android 9.0 but the manufacturer has confirmed that it will get Android 10 in a few weeks.

As a disclaimer, buying from Chinese retailers like Aliexpress means that you may have to wait a long time to get your item, up to two months.

There’s also a slim chance of getting stung by extra charges and products from China may not be 100% compatible with local voltage or mobile network bands, with returns often a pain to complete.