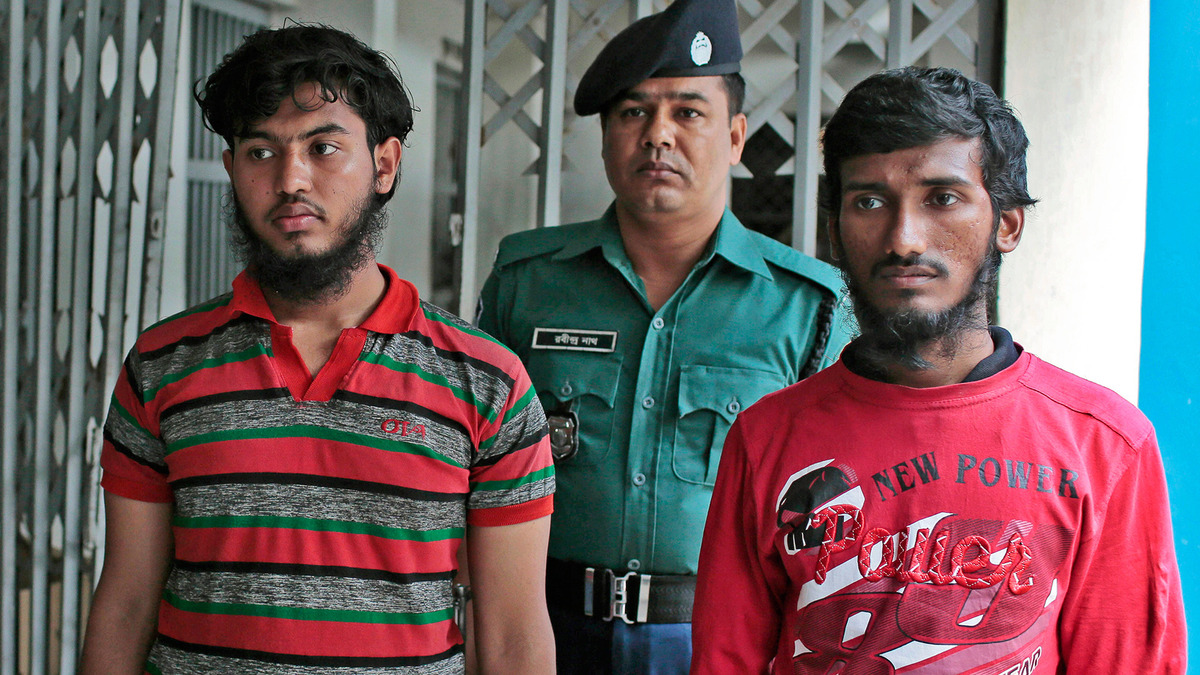 On Monday, blogger Oyasiqur Rahman was hacked to death, just weeks after an almost identical killing of Avijit Roy, an American blogger of Bangladeshi origin.

Rahman, who was in his 20s and went by the alias Babu — as well as the pen name Kucchit Hasher Channa, meaning Ugly Duckling — was attacked Monday morning near his home.

Both men were vocal in their criticism of Islamist extremism and militancy.

Hundreds of students and activists demonstrated in the streets of Dhaka following the the death of Roy. But with this second killing in less than a month,

it seems clear that it’s open season on those who openly question religion in Bangladesh.

it seems clear that it’s open season on those who openly question religion in Bangladesh.Two suspects were caught near the murder scene. But the arrest did nothing to allay the fear that now grips the entire free-thinking blogging community, and indeed anyone who has ever raised his or her voice against militancy and fanaticism.

“Those who killed him differed on his ideologies about religion,” Biplob Kumar Sarkar, deputy commissioner of the Dhaka Metropolitan police, told the Guardian. “He was not an atheist. He was a believer. But the way he followed religion was different from the way radical groups insist.”

The murderers of Roy remain at large, and with each passing day it looks less and less likely that they will be brought to justice.

Roy was killed in late February as he was walking home from an event in Dhaka with his wife. The 44-year-old, who was an outspoken critic of religious extremism, was attacked by several people with machetes.

However, among bloggers, there is a sense that authorities have no interest in following up on or investigating threats that are made openly against those who might be targeted by militants. It seems police have no power to protect them and no ability to bring the perpetrators to justice.

The Committee to Protect Journalists called on Bangladeshi authorities to investigate the murder and hold the perpetrators to account.

“The Bangladeshi government must urgently establish accountability in this murder case and others — otherwise the rest of the country’s bloggers, commentators, and journalists covering sensitive topics remain at grave risk of being attacked as well,” said CPJ Asia Program Coordinator Bob Dietz. “We call on Bangladeshi authorities to ensure a thorough, effective, and timely investigation into the killing of Washiqur Rahman Babu.”

The fact that two suspects are now in police custody owes nothing to law enforcement. Instead,

it has everything to do with the bravery and quick wits of the two members of the public who caught the suspects as they were fleeing the scene.The two young men in custody for the killing have reportedly told police that they had no idea who Rahman was prior to killing him and that they didn’t even know what blogging was.

They were told by someone they identified as Mr. Masum and “big brother” that Rahman had insulted Islam and the Prophet Muhammad and so he had to die.

While both slain bloggers were critical of religious dogma and extremism, their writings by no means constituted anything approaching insult or abuse.

A third blogger, Ahmed Rajib Haider, who was also outspoken against religious extremism, washacked to death in February 2013.

According to Reporters without Borders, the 30-year-old blogger was known for criticizing Islamic fundamentalism under the blog name Thaba Baba.

With three horrific killings of free-thinking, secular humanist bloggers — two of them within weeks of each other — it is clear that speaking one’s mind when it comes to religion has become a dangerous occupation in Bangladesh.