A rare peek inside of Google's self-driving pod car
Advertisement 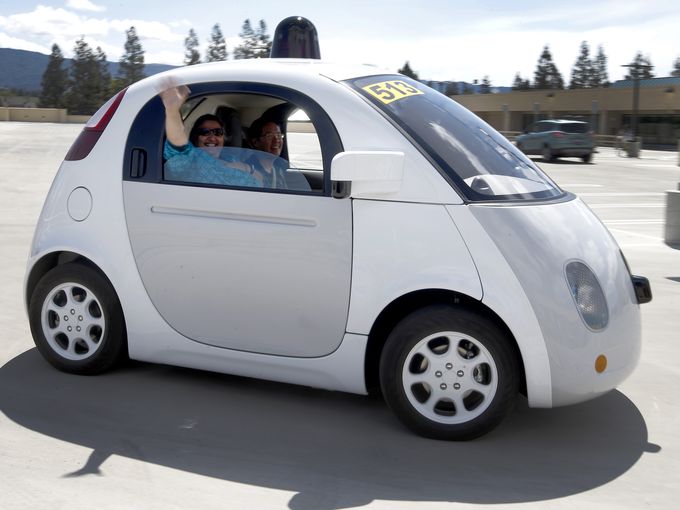 What’s the inside of the Google self-driving pod car look like? Well, not much like a car.

A Washington Post reporter captured a look last weekend when the Google car was brought to a school near its Mountain View, Calif., headquarters. The car is one of several that have been undergoing testing on public roads.

Sure enough, there is no steering wheel or pedals. About the closest thing to a control is a big red button, which, presumably, is for emergency stops.

The inside is actually pretty utilitarian — nothing fancy. About as fancy as it gets are two cupholders.

Other than that, the interior is pretty much appears to be white plastic with blue upholstery, more suited to a McDonald’s dining room than the inside of a modern car. But there’s no shortage of geekiness. The photo released on reporter Matt McFarland’s Twitter account shows a laptop computer sitting on a seat and wires running everywhere. The floor appears to be hard black rubber.

By now, the outside the car is well known. It’s an innocent-looking rolling pod, perhaps the most unsexy, unsleek car on the road. Like a computer, it beauty lies in the technology.