50 Years Ago, 3 Astronauts Survived Apollo 13. Could It Happen Again?
Advertisement 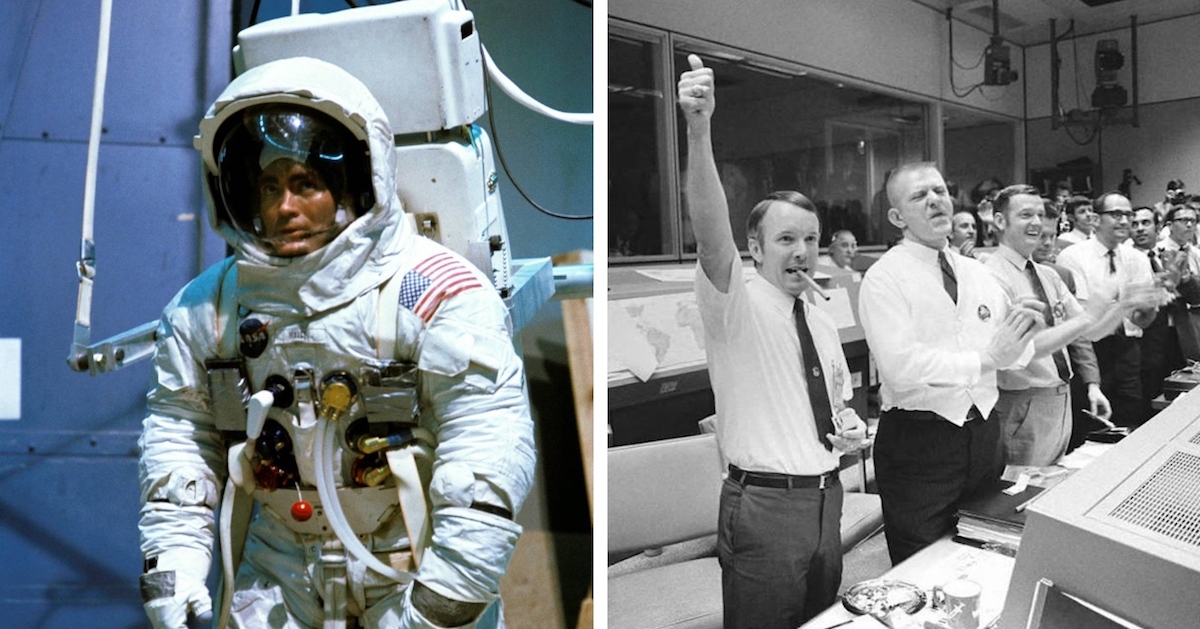 How much safer will it be the next time that people head to the moon, more than 50 years later?

Will it indeed be safer?

Think of the half-century of advances in other modes of transportation. New cars are chock-full of anti-lock brakes, air bags, automatic emergency braking and backup cameras — innovations that were lacking in cars on the roads in 1970. Safety systems now automatically apply the brakes if a train is going too fast around a curve. Jetliner crashes are much rarer, even as the number of flights has multiplied.

That means the next trip to the moon, anticipated later in the 2020s, should be safer — but not safe.

“Spaceflight, you’re operating in a pretty difficult environment,” said Gene Kranz, the flight director who was in charge in mission control on the night of April 13, 1970, when Apollo 13 went awry.

The mission had launched two days earlier, and the three astronauts aboard — James A. Lovell Jr., Fred W. Haise Jr. and John L. Swigert Jr. — were already 200,000 miles from Earth, well on the way to being the fifth American crew to reach the moon. Just after 10 p.m., mission control asked Swigert, pilot of the command module that was to orbit the moon, to perform a “cryo stir,” a routine task to briefly whisk ultracold hydrogen and oxygen in the propellant tanks. That prevented the propellants from separating into layers, which causes misleading pressure readings.

He did. The spacecraft shook. Warning lights lit up. “I believe we’ve had a problem here,” Swigert reported.

It was not immediately clear how serious the problem was.

“For the first minutes, I thought, ‘This is a minor electrical problem,’ ” Kranz recalled. “We’ll put the crew to sleep and work it. Then another controller said the crew reported a pretty big bang.”

Unknown to anyone at the time, wires inside one of the oxygen tanks in the service module — the part of the spacecraft that provided propulsion and electrical power — were damaged. When Swigert flipped the switch, that generated a spark that ignited the wires’ insulation, and the tank ruptured, emptying its contents into space. The other oxygen tank, damaged, was also leaking. The oxygen was not just for the astronauts to breathe but also fed the fuel cells that powered the spacecraft.

The command module was dying, quickly. But the lunar lander, docked to the command module, was intact. Under the direction of Glynn Lunney, the flight director whose shift followed Kranz’s, the Apollo 13 astronauts scrambled into the lunar module, which served as their lifeboat.

Engineers on the ground were able to solve a series of critical problems, like how to jury rig filters from the command module to work in the lander’s carbon dioxide removal system to prevent the gas from building up to levels deadly to the astronauts. The engineers also calculated an engine burn by the lunar module to get Apollo 13 on a trajectory back to Earth and figured out how to restart the command module with the limited power available.

Eighty-seven hours after the explosion, the Apollo 13 astronauts safely splashed in the Pacific Ocean.

“I had a lot of confidence,” Kranz said. “Every time I launched, I believed we would bring them home. It was a confidence.”

That was not the only close call of the Apollo era. During Apollo 11, the lunar lander was nearly out of fuel before Neil Armstrong found a spot to set down. As the Apollo 12 mission got underway, lightning struck the Saturn 5 rocket during liftoff, scrambling electronic systems. Remarkably, the rocket stayed on course as an astute ground controller remembered a switch that rebooted the electronic systems.

What scientists have learned in the last 50 years has minimized many of those risks.

There are now much more detailed maps of the moon’s surface. Launch rules were tightened to avoid a recurrence of a lightning strike, and meteorological tools are now much more capable of detecting a buildup of electrical charge in the atmosphere before lightning discharges.

Under President Donald Trump, the top priority for NASA is to send astronauts back to the moon. Last year, his administration accelerated the timetable for the first crewed landing to 2024 from 2028 (although delays resulting from the coronavirus outbreak have raised fresh doubts about this schedule).

NASA named the new moon program Artemis, after the sister of Apollo in Greek mythology.

Direct comparisons between the Artemis and Apollo missions are difficult to make because NASA has not yet decided all of the details of how it will land on the moon. Two pieces are set: the giant Space Launch System rocket — a modern-day equivalent of the Saturn 5 that lofted the Apollo crews — and the Orion crew capsule, which is like the Apollo command module but larger.

Orion can perform many tasks autonomously, but the astronauts will still be able to take over manual control if needed. Also, controllers on the ground will be able to control the spacecraft remotely, much like flying a drone aircraft.

But a key piece of the Artemis architecture — the lander — has not been chosen. NASA is taking a commercial approach, soliciting proposals from companies like Blue Origin, the rocket company started by Jeff Bezos, founder and chief executive of Amazon, as well as Boeing, which is building the first stage of the SLS rocket. The agency is looking to finance more than one of these lunar landing systems.

Until recently, NASA’s administrator, Jim Bridenstine, had insisted that instead of the all-in-one direct approach used by Apollo, the lander would be sent separately to dock at a small space-stationlike outpost called Gateway orbiting the moon. Astronauts would then lift off toward the moon aboard an Orion capsule on top of the Space Launch System. They would also dock at Gateway, where they would transfer to the lander and head down to the moon.

With more pieces, more launches and multiple dockings, there would be more places where something could go wrong. If the lander were sent to lunar orbit separately, it could not serve as a lifeboat for Artemis astronauts in case of an Apollo 13-like emergency.

“That would increase probability of loss of crew,” said Stanley, who led a study that devised the architecture for an earlier return-to-the-moon program called Constellation that was started under President George W. Bush and canceled by President Barack Obama.

But last month, Douglas L. Loverro, NASA’s associate administrator for human exploration and operations, told the science committee of NASA’s advisory council that he was simplifying the plans so that the Gateway would not be needed for the first Artemis landing.

Stanley said the first Artemis mission could consist of two launches, with the Orion spacecraft docking with the lunar lander in Earth orbit before heading to the moon.

“It’s the most reliable, safe way to do that, period,” Stanley said.

Two major technological advantages available today are better sensors — for instance, a small camera in the bowels of the spacecraft could reveal the extent of any damage immediately — and improved communications systems.

Apollo 13’s mission controllers and crew were hamstrung by an inability to send instructions quickly. The checklist for restarting the command module before reentry had to be read up to the astronauts line by line, and Swigert had to write everything down by hand.

“If you listen to the transcript, it’s a little bit agonizing,” said Gerry Griffin, one of the other Apollo 13 flight directors. “There is a lot of repeating. One of the problems was he couldn’t get enough paper to write on. It was a bit nerve-racking.”

Today, the instructions could be simply displayed on a computer screen or printed out.

But the much greater capability of modern computers comes with potential dangers.

“Our biggest advantage and my biggest worry are all centered around the same area,” said Joseph W. Dyer, a retired U.S. Navy vice admiral who chaired NASA’s Aerospace Safety Advisory Panel from 2003 to 2016.

Spacecraft can now perform many tasks autonomously, but in the complex software code, “Errors find their way in, and sometimes they’re catastrophic,” Dyer said. “The bottom line is, with great capability comes great complexity.”

That pitfall popped up during December’s uncrewed test of Boeing’s Starliner spacecraft, designed to take NASA astronauts to and from the International Space Station. Inadequate testing missed at least two serious software errors that led to the mission ending early and not accomplishing its main objective: docking at the space station.

One of the errors could have led to the catastrophic loss of the spacecraft if it had not been caught as the capsule orbited Earth. NASA and Boeing are now reviewing more than 1 million lines of code before a repeat of the Starliner uncrewed test flight later this year.

Even good software development processes and robust testing are not enough. Dyer recalled an upgrade to the computer software on the airplanes. “It worked perfectly in the northern hemisphere,” he said.

But the first time an aircraft carrier took the F/A-18s below the equator, it was discovered that there was a plus sign in the computer code that should have been a minus sign.

The error did not cause any accidents, but “it speaks to the challenge of finding every potential problem,” Dyer said.

Artemis will also not have as many test flights as Apollo. Astronauts are to be on board during just the second flight of the Space Launch System, and the moon landing is to be part of the third flight.

But Kranz and Griffin both said that more important than the hardware was the people operating the hardware, who would be coming up with a multitude of contingency plans.

With the exhaustive training, the mission controllers were able to react quickly during Apollo 13. They opted against making an immediate U-turn, which would have required firing the engine in the damaged service module. By taking a path around the moon, the three astronauts had a longer voyage home but one the ground crew bet would be safer.

For the course changes, the controllers decided to use the lunar lander’s propulsion to perform maneuvers it was never designed to do.

After the initial dangers had passed and the Apollo 13 astronauts were on the path back to Earth, Haise dryly remarked from space that “this flight is probably a lot bigger test for the system on the ground than up here.”

When the service module was jettisoned just before reentry, the astronauts were finally able to see the damage caused by the explosion. The call not to rely on the damaged service module had been the right one.

“I had a team that was well-prepared when things went wrong,” Kranz said. “It’s easier to build a spacecraft or a space system than to build the team.”