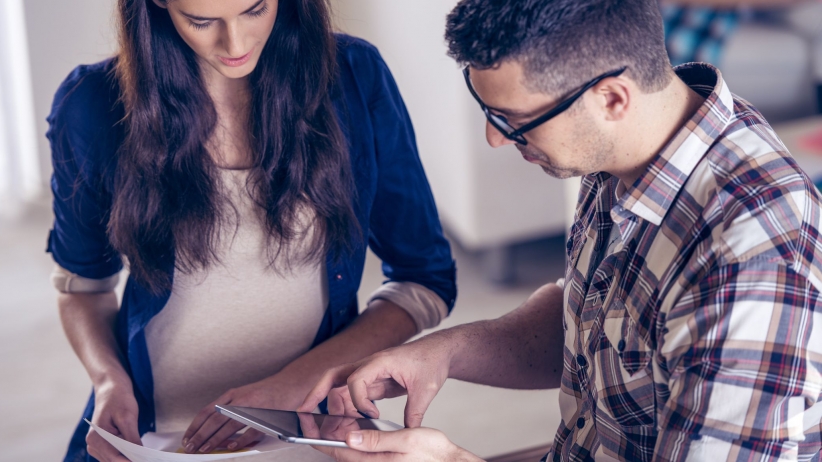 Key stakeholders will perk up when they hear about lowering development costs and increasing revenue.

User interface is the most significant component of successful software. Ease of use is of the utmost importance. It truly can make or break your product. Feature-rich software that fails to meet the user’s expectations can’t compete with straightforward software. The importance of UI cannot be overstated. Still, many companies fail to see just how crucial UI designers are.

One famous example is the $300 Million Button, in which a major ecommerce site redesigned one button and saw a massive spike in revenue. “The form was simple,” wrote Jared Spool. “The fields were email address and password. The buttons were login and register. How could they have problems with it?” After conducting a few rounds of usability testing, they found that new users begrudged the register button, and returning customers were prone to forgetting their passwords. “The designers fixed the problem simply. They took away the register button.” The register button was replaced with a more user-friendly “continue” button, which promptly resulted in a 45 percent increase in sales.

Something as simple as a button could be costing you millions in revenue a year. Programmers don’t catch key usability issues like this, designers do. Every tech company needs a UI designer desperately; it’s just a matter of whether they are aware of it or not.

Here are six ways you can justify hiring a UI designer:

1. Brands that invest in UI outperform those that don’t.

You don’t have to look too far to find examples of UI benefitting big brands. Apple is the perfect prototype of a company continually committed to creating products that are extraordinarily simple to use. They consistently beat out competitors who focus on features rather than usability. Microsoft’s doomed Zune, for example, fought and struggled to claim just an eighth of the MP3 player market share. While the Zune was arguably more robust than the iPod, it simply couldn’t compete with a well-executed UI.

According to IEEE, up to 50 percent of software specialists’ time is spent on avoidable rework. UI designers cut down on rework as they help catch usability issues early. This greatly reduces the development time since programmers can spend their time doing work that adds value rather than reworking unnecessarily.

UI designers concentrate on creating interfaces that are easy to understand. Ideally, a user interface is intuitive and feels natural. When an intuitive, easy-to-use interface is implemented, user error is markedly reduced, which greatly improves overall product performance.

UI designers test and develop interfaces alongside programmers. They take the usability guidelines set out by the UX designer and put them into action. UI designers tweak buttons, sliders and text boxes during the development of the product, which is far less expensive than fixing user interface issues after deployment. A whopping 80 percent of unforeseen fixes are attributed to user interface issues. A UI expert can help catch these fixes before they cost you a fortune.

Investment in greater usability for mobile devices prompted a 70 percent increase in products sold for one ecommerce site as well as decreasing bounce rate and increasing overall traffic. This case is no exception, either. Several studies have shown that enhancing UI drives remarkable revenue growth.

User interface is the art of crafting perception. Even if your software is solidly built, if your users can’t understand it, they won’t perceive it as credible. The user’s experience with your product is what builds its credibility. Effective user interfaces are simple to learn and even easier to use. The less time and energy it takes to use your product, the more willing and able customers are to perceive it as higher quality. Furthermore, once you’ve captured these customers with great UI, they are less likely to be torn away from your product by competitors.

It’s easy to justify hiring UI designers when you consider their staggering ROI, with some estimates purporting a $100 return on every $2 spent. UI designers endeavor to make complex, contrived software as simple and intuitive as they possibly can, and their work almost always pays off. Hiring a UI designer will decrease development costs and development time, improve public perception and product performance, as well as increase revenue. They save teams a tremendous amount of time and money because they force programmers to think of the end user, who is, ultimately, the one who decides whether your product lives or dies. As E.F. Schumacher, an influential British economist, once said, “Any intelligent fool can make things bigger and more complex. …It takes a touch of genius and a lot of courage to move in the opposite direction.

GOOGLE MAPS WILL SOON BE ABLE TO FIND YOUR PARKED CAR