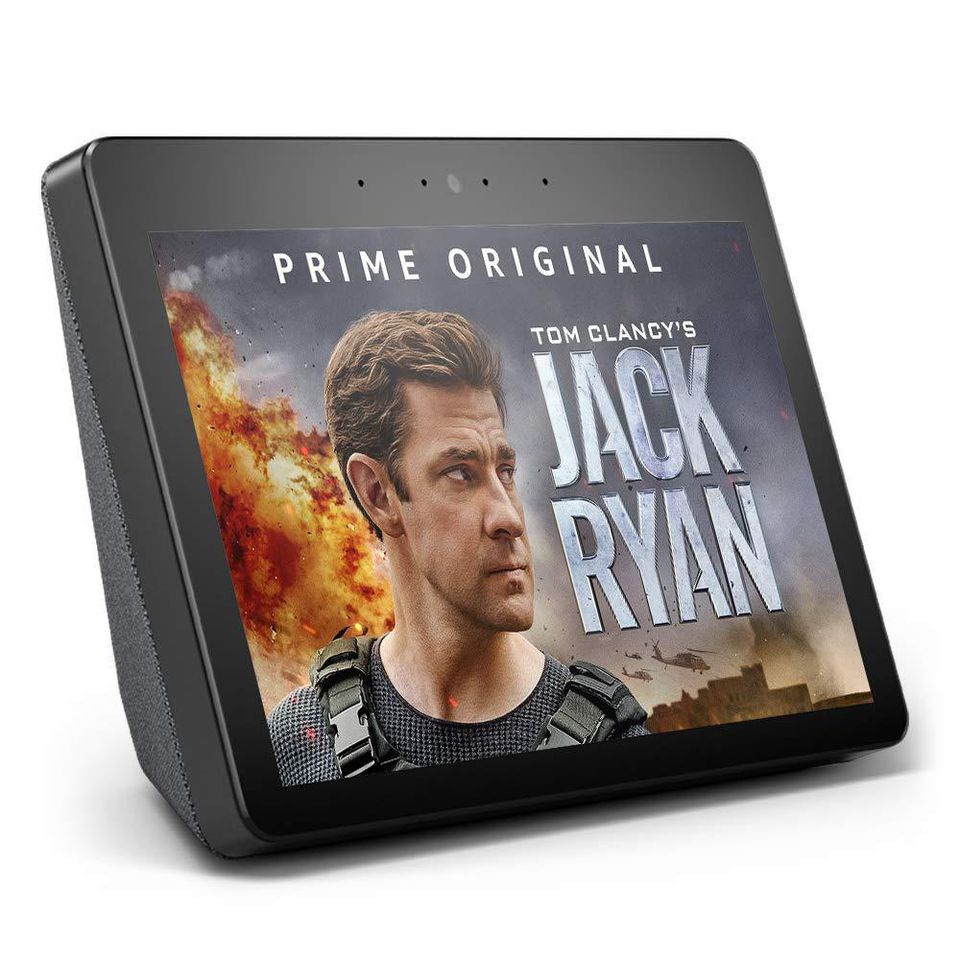 Father’s Day is just around the corner, but there’s also never anything wrong with a thoughtful gift for a special man in your life, regardless of the occasion. If you have a father, brother, significant other or friend who’s always obsessed with the latest and great technology, check out or roundup of must-have gadgets for some timely gift-giving inspiration.

Amazon’s Echo Show is a necessity for anyone who wants to control their smart home with a handy device. It comes with a big color screen for watching videos and checking out lyrics while you listen to music. You can also rely on it to control your smart home by leveraging its Amazon Alexa virtual personal assistant and barking out voice commands to turn the lights down, change your thermostat settings and much more.

The Amazon Echo Show is available now for $230.

Microsoft’s Xbox One X is a popular option among serious gamers. It works with all Xbox One games launched over the last several years, and comes with a compelling design that won’t detract from your living room. The Xbox One X is a 4K console, which means you can watch Blu-ray movies and enjoy 4K games from the device, too, and it supports HDR for high-quality visuals.

If the man in your life is considering ditching his cable subscription and cutting the cord for good, consider gifting him the Apple TV 4K. The device is a set-top box that links your TV to an endless parade of streaming services like Netflix, Hulu and Amazon Prime Video. You can also use it to play music and play video games, and since it’s a 4K device, its visual quality is guaranteed to impress.

The Apple TV 4K is available now starting at $180.

Smartwatches have become increasingly popular in recent years, thanks in large part to the Apple Watch. And the latest model, the Apple Watch Series 4, might be the best yet. The device comes with a streamlined design and faster processor to allow you to access apps with ease. It also offers cellular connectivity, so you can use it like a phone when you don’t have an iPhone with you on walks. And thanks to an EKG feature, you can even use it to track your heart health.

The Apple Watch Series 4 is available now for $430.

Apple recently released the second generation of its AirPods wireless earbuds. And although the design didn’t change, it didn’t need to — AirPods are already one of the best options on the market. The new AirPods come with improved battery life (about three hours of talk time) and have a wireless charging case for quickly boosting their power. And although they’re small, they shouldn’t fall out of your ears too easily. Best of all, if you’re an iPhone user, they’ll pair to your handset with ease. If you’re not, AirPods also work with Android devices.

The Apple AirPods 2 are available now for $160.

If the man in your life would love to explore the world from far above, check out the DJI Mavic 2 Pro. The drone is a small device that can take flight and capture 4K video or 20-megapixel photos from the sky, and keeps it on 8 GB of internal storage or a microSD card with 128 GB in additional storage. The Mavic 2 Pro also has safety features that limit its chances of it hitting obstacles or crashing to the ground, and it’ll even keep you out of a no fly zone.

If you want a nice, cold freshly brewed beer right at home, BrewArt’s BeerDroid Brewing System is a handy gadget that will help you do just that. It holds up to 2.6 gallons of beer and lets you make your own craft beer in house, a progress trackable with the digital display on the device itself. Check up on the BeerDroid’s progress via a mobile app and serve a foaming mug straight from the device.

Opera jumps into gaming with Opera GX browser – whatever that is