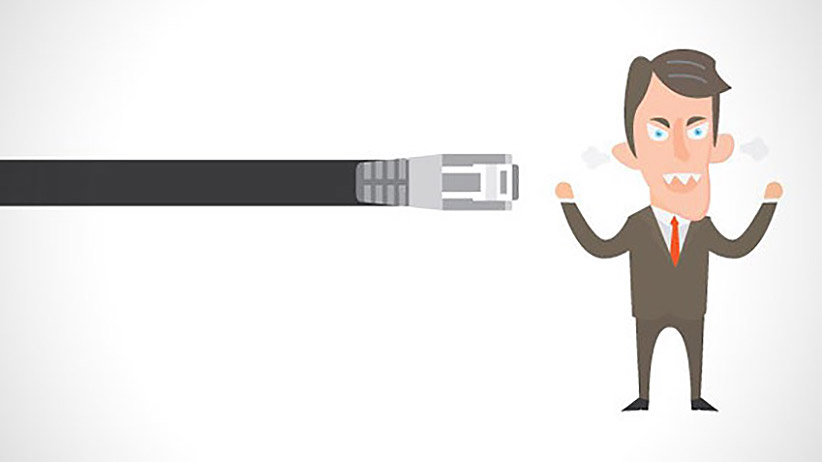 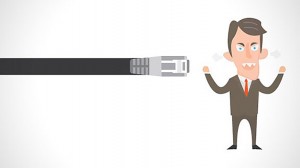 I am not a morning person. I do, however, force myself out of bed a few mornings each week to engage in that terribly tedious goal called exercise. I am told I need it from time to time, and early mornings are about the only time I can fit into my schedule.

Because I am half asleep when engaged in this form of masochism, I use an interval timer on my iPhone that helps me stay focused. Recently, the app I use changed its entire interface with a new update. Although the new design was considerably more attractive, it had a major bug in that it no longer allowed me to run music concurrently with the app.

No music, no exercise.

In my tired distress, I found an email contact for the developer and fired off a rather irritable message notifying them of the bug. In hindsight, I probably did not need to take the tone I did, but it was the kindest I could muster after wasting precious time trying unsuccessfully to get the app to work.

I received a response that to my surprise was terse and assertive. The developer fired back that they were aware of and working on the issue, then went further to complain about taking my grievances to social media and iTunes rather than working with them to solve the problem.

For starters, I had not taken to iTunes or any social media to vent my frustration, but after researching, it was apparent that seemingly every other user did. Their misguided assumptions about my actions did not bother me, but I found it shocking that they clearly had not anticipated their loyal customers going to these measures after releasing a new version that was nowhere near ready.

What can can be learned from this?

Today, entrepreneurs need to understand that consumers have a voice, and a loud one at that. Social media is just one way to vent frustrations, but more aggressive consumers will take their grievances to sites such as Yelp, Foursquare, Google, Amazon and so on, which have tremendous influence over consumer purchases.

For this reason, it is important for entrepreneurs to develop a customer-complaint strategy, or as I call it, an “angry customer strategy.” This strategy differs from a crisis-management strategy, which focuses on significant and often unforeseen problems that may threaten the very existence of the company.

Instead, an angry-customer strategy is a guide to tackling customer grievances quickly and effectively through the myriad of venues through which they can propagate. For starters, entrepreneurs need to fully understand and analyze the complaint.

Entrepreneurs should have an good idea of what customers complain about. Thinking about this ahead of time will help you identify the seriousness of a complaint and the course of action needed to correct it.

You should approach all complaints with equal attention, but clearly some pose a much greater threat than others. Be certain to identify the greatest threats and prioritize resources appropriately. After you have an understanding of the issue, be prepared to handle the problem.

Social media loves news. A problem or issue with your company can spread in a matter of hours, so you need a mechanism that allows you to respond to customer complaints in a timely manner. An auto response to emails is one way, but understand that comments on social media and other ratings companies need to be regularly monitored as well.

5. Seek first to console, then to remedy.

In most cases, complaints are fired off in the heat of the moment (like in the tiresome early hours at the gym). Most customers just want their grievance acknowledged, and with a little compassion and empathy, they can be cajoled from their irritable state.

Some complaints are generated from customers who are chronically dissatisfied, seeking a freebie or have an ulterior motive, such asspecial-interest groups opposed to your company and products. If this is the case, it is best not to engage in an equally attacking tone, as it only fuel the fire behind the grievance.

When possible, engaging the customer and empowering them to take an active role resolving the problem could not only create a powerful ally, it could provide valuable feedback that could help you better fix the problem.

8. Ask for a positive review.

If you have satisfied the customer’s concerns, do not be afraid to ask them to revise their negative review or ask for a positive one. Keep in mind that the worse they can do is decline, which leaves you no worse off.

Customer complaints these days do not fade away as they once did. Worse, they can go viral by being picked up through sites such as Reddit or Buzzfeed, or they can take on lives of their aown, such as when a United Airlines customer wrote a song about their experience with damaged luggage that was shared more than 10 million times.

In the case of the interval timer app, the developer ended up allowing me to test new beta versions and even implemented a few of my suggested changes. Although our initial correspondences did not go well, the developer recovered nicely and kept a loyal customer.

They have not, however, done anything to make getting up early any easier. I suppose I should not expect miracles.

It’s Your Passion. Now, Here’s How to Make It Your Business.

How Following Up Can Help You Land the Job