9 jobs robots could replace in 2015
Advertisement 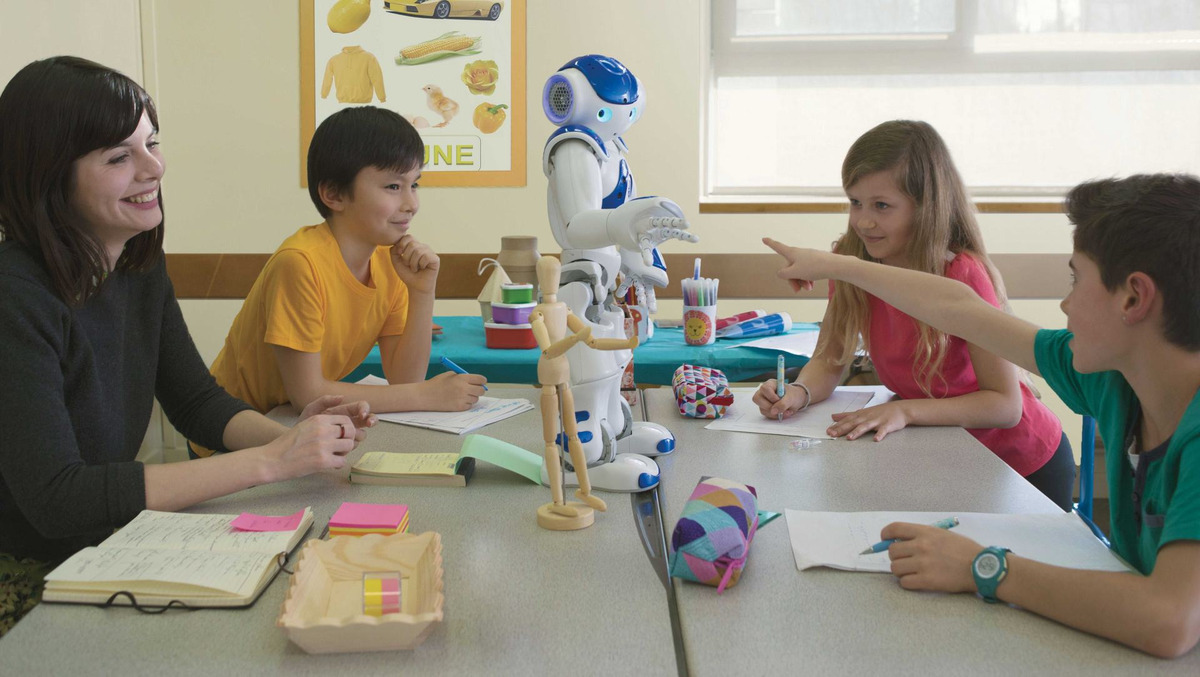 Walking through the city, I find myself thinking about all the jobs a robot could do.

A robot could probably stand in for my coffee truck guy, though I doubt he’d smile, call me “buddy” and ask if I said “three sugars” or “no sugar.”

A robot could probably take over for that guy spraying down the street every morning — though I often wonder why we need anyone doing that at all.

Could a robot drive that taxi, which just deposited a woman on Fifth Ave.? Probably, though I bet it wouldn’t be as good at multi-tasking. I’ve watched taxi drivers snack, take a call and quiz me about my work all while driving above the speed limit. A robot might simply drive at 25 MPH.

These are not idle thoughts. In two separate reports over the last two years, researchers predicted that the rise of the robot worker was imminent. In the UK, Deloitte and the University of Oxford predict that 10 million unskilled jobs could be taken over by robots. Last year, Oxford Research predicted that 45% of the U.S. jobs across a fairly wide spectrum of industries could be automated and taken over by computers by 2033.

Granted, automation and robotics are not necessarily synonymous, but they’re clearly related, especially when you talk about artificial intelligence.

Earlier this year I spoke to Automated Insights. Its AI engine helps write thousands of news stories for all kinds of mainstream websites. It’s likely that that kind of sneaky innovation — the kind we scarcely notice until someone tells us about it — will be far more commonplace than CP3-O-like automatons working side-by-side by us in the near term.

Still, there is the very real possibility that in 2015 and for many decades to come, robot coworkers and robot replacements will multiply.

With the understanding that my own job, reporter, may be the first one to go, let’s take a look at some of the jobs robots are training for right now.

Cleaning a house or room is tough enough, but imagine if you had to eradicate every single germ. In the age of Ebola, that’s a baseline requirement. Turns out, there’s already a robot ready to do this. Xenex Disinfection Services’ germ-zapping robot is currently using UV light to blast away bacteria, mold and more in a Northern California hospital.

You may find robots creepy, but some Connecticut school children with learning and developmental disabilities actually find it easier to interact with a pair of humanoid robots than their human instructors.

Standing just 22-inches tall, the NAO robot from French technology company Aldebaran, is actually designed to be an educational robot. It can’t yet replace teachers, but probably qualifies as a teaching assistant.

We’ve seen robots run and throw things, but we haven’t often seen them accomplish many of the tasks necessary to, well, compete.

It’s true, there are robot soccer players, but they tend to be tiny and only play against themselves. There is also a robot ping pong player, but a crafty human beat it and we’re betting it’s somewhere licking its wounds.

What if, though, a robot could take part in America’s pastime? That’s right, a robot baseball player.

A team of Japanese scientists is teaching robots to catch, hit, run and field. Granted, these robot advancements are happening separately and it’ll be a while until the University of Tokyo’sIshikawa Watanabe Laboratory can combine them all into one Android major leaguer, but just think of the possibilities. If a robot learns to hit a baseball, they might have to move back all the fences at major league ball parks.

Being a nurse is hard work. Not only are you caring for multiple patients on a hospital floor, sometimes you have to move them, bed and all, from room to room. Now a robot hospital bed can, it seems, cut the number of human workers needed to move the bed by one.

Abacus Global Technology unveiled the EPush bed earlier this year at Singapore’s Khoo Teck Puat Hospital. The bed not only has motors to assist in the move, but enough intelligence to maintain a safe speed and adjust if the terrain changes from, say, rug to tile.

How often have you walked up to a sales clerk, asked him to point out a product only to have him scratch his head and remember whether it’s on aisle three or 16? A robot store clerk won’t do that; it will know more about the store than you or any other nearby human.

Lowes is already putting this concept to the test in a subsidiary called Orchard Supply Store, where a new robotic store clerk named OSHbot is busy helping customers find products. It actually has a map of the store in its brain and in-store GPS. It’s more likely to take you to the product than point the way and go back to playing Candy Crush on its smartphone.

In Japan, Pepper, the robot that’s supposed to know how you feel, is gearing up to sell Nescafe coffee. It may be the rare barista not juiced up on caffeine.

The little fellow shows you to your hotel room, gliding almost unnaturally. He doesn’t say much but has already encouraged you two tweet about how much you like him. That’s right, next year’s robot concierge, SaviOne, at the Aloft Hotel in Cupertino, California, can be just as helpful and pushy as its human counterpart. In 2014, it was dubbed A.L.O. Botlr and only part of a trial program, but surely Starwood Hotels, which owns Aloft, will, in 2015, roll out a tiny army of metal and plastic automatons to make your stay more pleasant.

It’s bad enough that most actors are up against dozens of others for a role. Now they have to compete with robots. This past October in Budapest, Hungary, a robot called REPLIEE S1 played the title role in an unusual staging of Franz Kafka’s Metamorphosis. However, instead of Gregor turning into a bug, he awakes one morning to find himself a robot.

While it’s true that REPLIEE’s performance could best be described as robotic, it’s worth noting that a robot will never forget a line or miss a mark. Expect more robot thespians in 2015.

There’s already a fair amount of automation in modern aircraft. What is “autopilot” if not robotics? The pilots who often flip the autopilot switch, though, are all flesh and blood.

Pibot could change that.

Developed by South Korea’s Advance Institute of Science and Technology, the humanoid robot features arms, legs and a head. It’s designed to fly a plane into dangerous situations, such as the damaged Fukishima nuclear power plant.

Commercial flight is probably out of the question for 2015, especially because it’ll probably take a few years to teach a robot pilot how to speak with a Midwest accent, “We’re flyin’ at 30,000 feet over — beep — the Grand Canyon — beep. If y’all look to yer left, ya’ll should — beep — see a robot riding a donkey.”

Bonus: What is the Uncanny Valley?