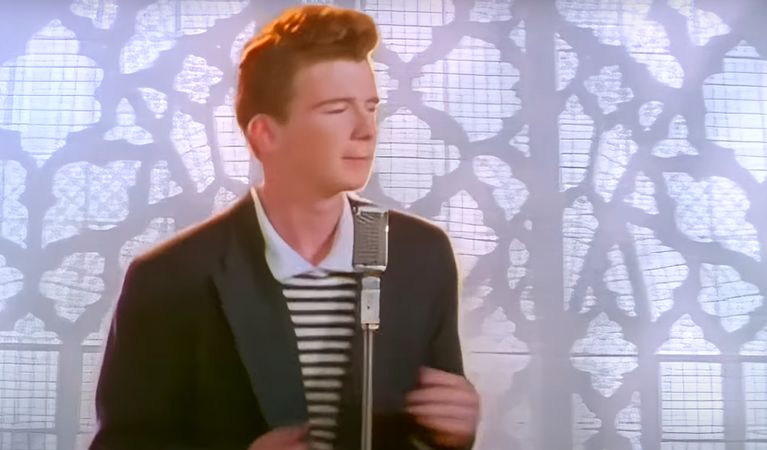 British comedian Adam Kay successfully fooled thousands of Twitter users with a brilliant twist on one of the oldest tricks on the internet: the Rickroll.

Kay began by tweeting what seemed like an innocuous but interesting explanation of how images posted on the internet can accidentally reveal information that should have remained private. As his “example,” he used a screenshot of a photo from the official account for the United Kingdom’s Royal Family, featuring Queen Elizabeth sitting before an open red case, with printed documents inside and around it. “A quick thread on in the importance of being careful what data you share – even if you’re the Queen,” Kay wrote. “Today, Her Maj tweeted this lovely picture God bless her, etc. You might think that the contents of the red box would be official business. And you’d be right.”

The subsequent tweets in the thread walk through a process of enlarging and reformatting the top page of the papers, allegedly to show that any amateur with the right tools could do the same with a similar image including text that’s initially unclear. Kay builds up to a zoomed-in look at some fuzzy text, saying, “Optical character recognition, it’s called. So – without further ado – I’ve overlaid the best guess (99.3% accuracy per character) for the document in question.”

Anyone who followed the thread believing that Kay had really deciphered the text was then treated to a metaphorical whoopee cushion: The only words on the page were the lyrics to Rick Astley’s “Never Gonna Give You Up.”

“Rickrolling” is the name given to the internet’s quintessential bait-and-switch pranks, consisting of a hyperlink that promises some kind of surprising or fascinating content. When followed, however, victims of the Rickroll will find only the music video for “Never Gonna Give You Up.” Since it first came into fashion years ago, the joke has taken many forms, with pranksters devising ever more wild-yet-convincing premises to coax people into clicking the link when they least expect it. Kay’s thread seems to have set a new bar by playing with the classic formula.

Kay is a comedian and writer known for the British sketch comedy Mitchell and Webb and for his original novel, This Is Going to Hurt. Astley is a musical performer who unexpectedly gained his immortality through a long-running meme.

How much internet speed do you actually need for your home broadband connection: What to know and not miss