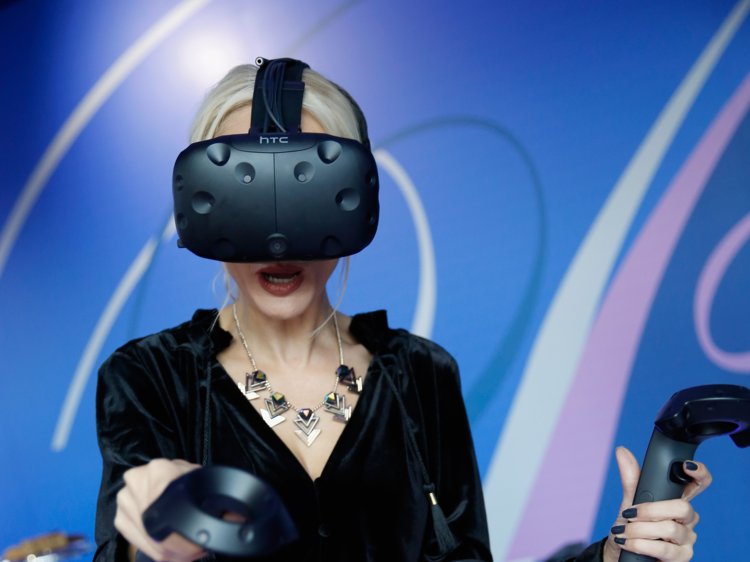 Over the next five years, we’re likely to see significant changes in fields such as artificial intelligence, space exploration, combinations of augmented and mixed reality, and quantum computing, says futurist James Canton.

In the not too distant future, your next checkup could be conducted by a virtual doctor. And your smartphone will not only have access to digital assistants like Alexa and Siri, but also vastly intelligent artificial intelligence systems that are capable of doing much more than reciting the weather or fetching answers to questions.

That’s according to Dr. James Canton, CEO and chairman of the Institute for Global Futures , a San Francisco-based think tank that advises clients on upcoming business and technology trends.

For years, large tech firms like Facebook and Google have been emphasizing the impact that emerging fields like AI and augmented reality could have on our everyday lives. But because these technologies are still in their early stages, it can be difficult to appreciate how significant they will really be.

That’s where Canton comes in.

In an interview with Business Insider, he described how our lives will change over the next five years as a result of advances in several important technologies.

“There’s so much more innovation that’s available than people are capable of embracing,” Canton said. “So there’s always a lag between the innovation breakthroughs and the actual application in the marketplace.”

Artificial intelligence technology is advancing very rapidly and is going to fundamentally change how we get our healthcare, with virtual doctors and AI-powered diagnostics on the horizon, Canton said.

“We came out of the AI winter,” he said, referring to a period when AI tech fell out of favor within the industry. Canton attributes today’s AI renaissance to advances in how computers can learn such as reinforced machine learning and the abundance of data now available for machines to learn from. Innovations like 3D-printed organs will also have a big impact on healthcare by boosting lifespans, he said.

The AI sector is set to grow financially in the coming years too. Market research firm Gartner predicts that the global business value derived from artificial intelligence could hit $3.9 trillion in 2022.

Another area that’s likely to boom in the coming years is what Canton calls “blended reality,” which is a convergence of augmented reality, virtual reality, and telepresence. This type of technology would make it possible to view digital information in the real world without having to wear glasses or rely on your smartphone, Canton says. “This will be instantaneous,” he said. “Those cumbersome things will disappear, and you’ll be able to moderate how much [digital information] you want.”

Hundreds of startups going to space

The new space race, which involves nations around the globe as well as billionaire-backed private companies like Elon Musk’s SpaceX and Jeff Bezos’ Blue Origin, will also be a catalyst of change over the next five years potentially resulting in a new startup scene.

“You’re going to have hundreds of companies around the world that are going to compete for everything from lunar landers to terraforming Mars,” Canton said.

The emergence of supercomputers

Quantum computing is another game-changer, with the ability to process data at blazing fast speeds. That’s because while today’s computer’s use bits in the form of binary 0s and 1s, quantum computers operate through quantum bits.

These so-called “qbits” are particles that are capable of representing numerous combinations of 0s and 1s, as MIT Technology Review explains. Quantum computing can be especially critical when it comes to enhancing cybersecurity, since it will enable us to “encrypt smarter,” says Canton.

New players could challenge the dominance of today’s tech giants

Many of today’s largest tech firms have already been dipping their toes into parts of these fields. Facebook sells virtual reality products under its Oculus brand, while Apple offers tools for developers to create augmented reality iPhone apps and Microsoft sells its Hololens mixed reality headset. Both IBM and Google have also been conducting research in quantum computing.

But it’s too soon to know who will emerge as the industry leader in these platforms, or if it will even end up being one of these high-profile tech firms at all.

“So it doesn’t necessarily mean that today’s tech giants are necessarily going to be the leaders of tomorrow,” Canton said. “I think there’s going to be a lot of new players that come into the game that understand blended reality, understand telepresence, virtual reality, all of that, and can come in and displace folks.”