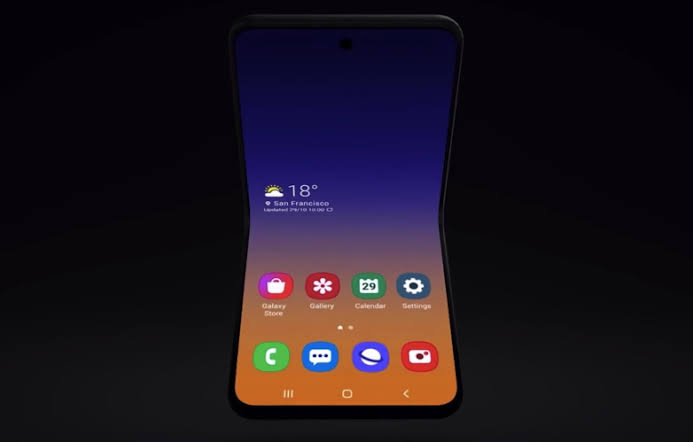 The Galaxy Fold 2 will be unveiled in about a month, as Samsung has confirmed its first Unpacked press event of the year will take place on February 11th. The Galaxy S11 will be one of the best Android phones of the first half of the year, but we have more and more reasons to believe the Galaxy Fold 2 might turn out to be a worthy purchase as well, especially when compared with its predecessor.

The Galaxy Fold turned out to be an embarrassment for Samsung, but a new leak makes the Fold 2 sound exciting to anyone who’s been following all the recent leaks detailing Samsung’s upcoming clamshell foldable.

A few months ago, a report said that Samsung wants to make the Galaxy Fold 2 more affordable than its predecessor. The device would be priced at around $1,000, the rumor said, or half of what the Fold costs. If true, that’s an even better price than the Motorola Razr, which is a clamshell foldable that delivers mid-range specs for $1,500. At the time, we told you that the only way Samsung could make this device exciting is by not compromising on specs.

A newer report said the Fold 2 would fix the worst thing about the first Fold. Rather than fragile plastic covering the OLED display, we’ll have foldable glass protecting the screen. If true, that’s a fantastic detail, as the Fold 2 might be a lot durable than its predecessor, and a lot less prone to screen damage.

This brings us to the newest Fold 2 rumor, which supposedly reveals some of the Fold 2’s specs:

Agarwal, whose leaks have often turned out to be accurate over the last few years, says all Galaxy Fold 2 phones will pack the Snapdragon 855 processor that came equipped in many of 2019’s best phones — think the Galaxy S10 and Note 10 series, Pixel 4, and OnePlus 7 series phones, to name just a few.

While you may be disappointed to hear the Snapdragon 865 won’t power Samsung’s next foldable, this compromise is still impressive. If that’s what it takes to create a flagship foldable phone with an affordable price, then it’s a great compromise, especially when compared to Motorola’s Razr.

The Snapdragon 855 is still a fantastic processor, and certainly a much better choice for Samsung than a mid-range CPU. Add a glass display, and the Galaxy Fold 2 could turn out to be an Android phone to consider this year.

Designing the Gaming Monitors of the Future: the Odyssey G7 and G9