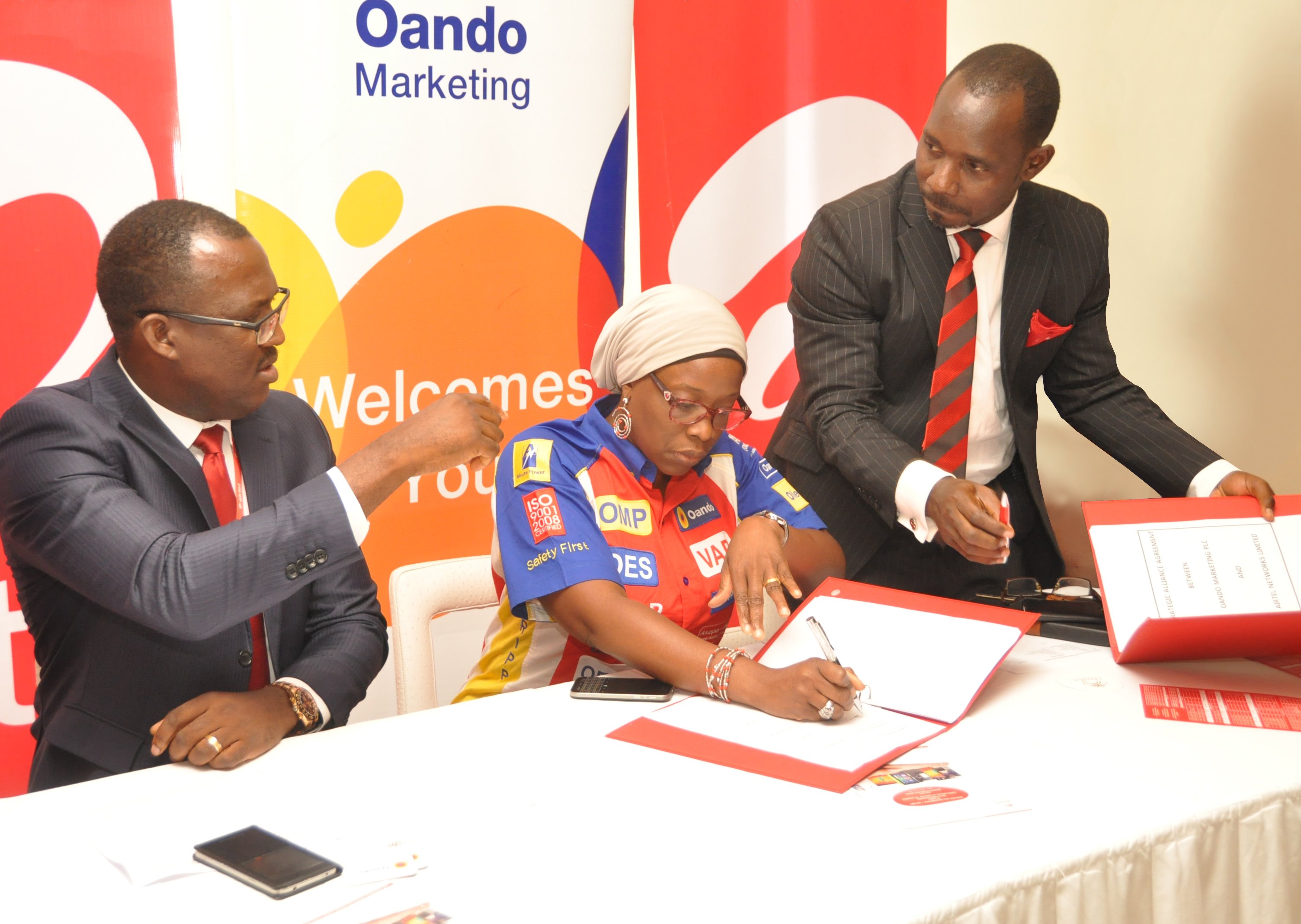 Airtel Networks Limited has signed a memorandum of understanding (MoU) with Oando plc, in order to enhance coverage and reap the gains of sustainable partnership. The MoU is aimed at ensuring that while customers of Airtel patronise Oando, those of Oando in turn buy Airtel products.

“We believe that with this partnership, customers can top up their mobile phones while topping up their gas,” said Godfrey Efeurhobo, chief sales officer, Airtel Networks Limited, during the MoU signing in Lagos.

He said he was happy that Oando had bought into the ubiquitous vision of Airtel, stressing that the telecoms firm was passionate at deepening its retail presence, saying “we want to be the most loved brand by taking service closer to the people. We are desirous of being wherever our customers are.”

Analysts see sustainable partnerships between big corporates as one key way of ramping up margins and boosting visibility. Such partnership can also result in increased growth, job creation and community developments, they say.

Olaposi Williams, chief operating officer, Oando plc, saw the partnership as one that would benefit Nigerian communities, as “Oando and Airtel will be partnering to do great corporate social responsibilities (CSRs).

“This is a partnership between two great brands coming together to do great things. Airtel has about 200 million customers in the world, and one out of four cars drive into our outlets. We have 500 outlets across Nigeria and we are a company that believes in innovation.”

According to her, what both companies had in common was that customer experience meant a great deal for them, as the partnership was a win-win situation.

“You could have chosen another oil and gas company but you decided to come to us. We are proud to be in this partnership,” she said.

One of the world’s smallest countries just banned Facebook