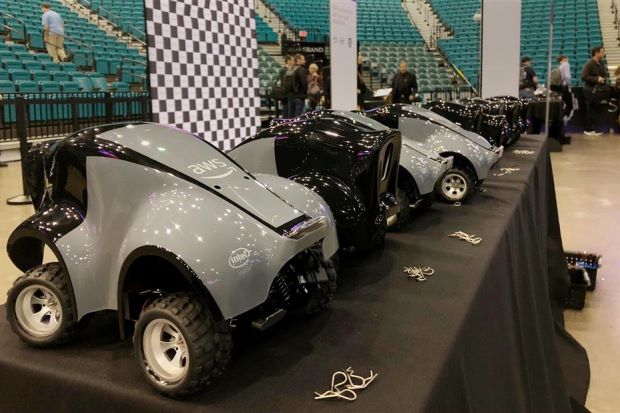 Amazon.com Inc’s cloud unit on Nov 28 announced a US$399 (RM1,670) autonomous toy car, aimed at helping web developers try out some of their own self-driving technology. Customers can train and tweak machine learning models in an online simulator and then test drive them on vehicles one-eighteenth the size of a real race car.

Amazon Web Services (AWS) is even creating a sports league and championship cup, borne out of races its employees had with each other using the model car, AWS DeepRacer.

“It started getting pretty competitive,” Andy Jassy, chief executive of AWS, said at the company’s annual cloud conference in Las Vegas. “We had to remind people that we were actually trying to build this and launch this for customers. But it was actually kind of interesting, educational for us.”

He added of the forthcoming competition: “This is the world’s first global autonomous racing league open to everyone.” The news represents another opportunity for the world’s No 1 cloud computing company to lure people to try its machine learning services such as Amazon SageMaker, applying them to the car.

The toy car is aimed at helping web developers try some of their own self-driving technology. — Reuters/Amazon.com

Simulations similar to the races Amazon is proposing are common in academic circles studying how traffic management would work in an era of self-driving cars. To be sure, autonomous vehicles rely on sensors, lidar and other components that are not the focus of AWS DeepRacer.