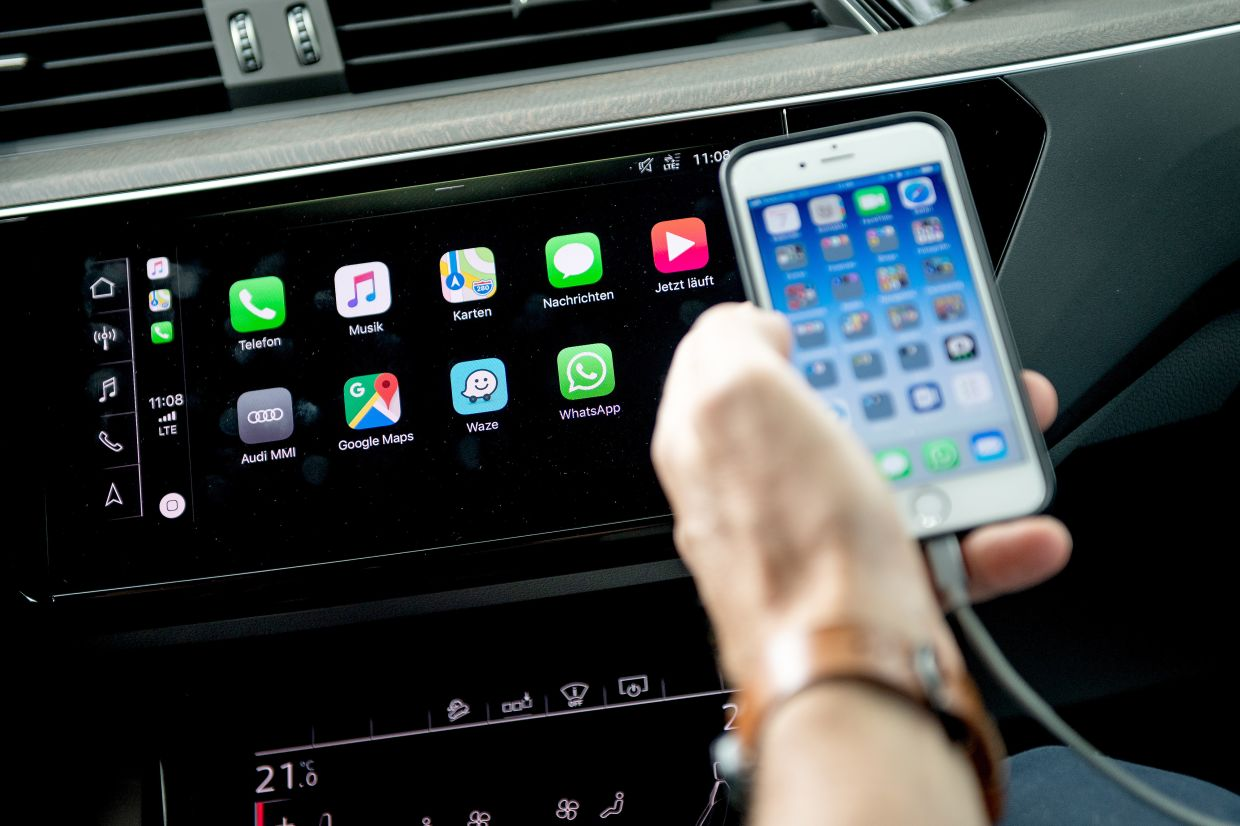 According to a recently approved patent in the US, the iPhone manufacturer’s system is designed to use virtual and augmented reality (VR/AR) and a set of sensors to make future robot cars more comfortable to use.

The aim is to make the peripheral environment inside the car match the general motion of the vehicle, no matter which way you face in the car. In doing so, the technology would remove the incongruity at the heart of motion sickness.

This would, in theory, enable the interior of driverless cars to be comfortably used for any number of activities – working, reading or watching movies using a VR headset during long trips.

Unlike in traditional cockpits, people in robot cars can sit opposite each other or facing backwards and recline their seat further. The downside is that the new environment will probably make people who suffer from car sickness feel even worse.

The nausea of motion sickness is caused by an imbalance between what you see and what you feel: The vehicle is moving forward but your body is sitting still.

For many people the only solution to the unpleasant wooziness is to take medication. Many passengers who read or use their smartphone in the car are also familiar with the sensation and complain of feeling unwell after a while.

Apple aims to get around the problem by ensuring that the peripheral environment in VR matches the movement of the vehicle – in other words, no matter where you look in the car, you can see that you’re moving.

The virtual environment provides a balance between actual and visually perceived motion and the VR headset can also display sections of the real environment if required.

An active seat is another potential way to combat motion sickness, according to Apple’s patent, approved by US officials in May.

Sensors in the interior detect movements that could potentially cause discomfort and compensate for them by moving the seat. Similar VR chairs are already being used to tackle motion sickness in VR applications.

Apple is even considering an option for those who do not get queasy while driving. They could enter a VR environment that is not coupled with the vehicle’s sensors.

Industry experts believe the patent application is not necessarily a sign that the Cupertino-based will soon be putting its long-awaited plans for an own Apple Car into production. The company may also team up with mainstream makers to supply hardware and software to car manufacturers and other cooperation partners.

Like Loading...
Related Topics:Apple aims to use VR to beat motion sickness in robot cars
Up Next