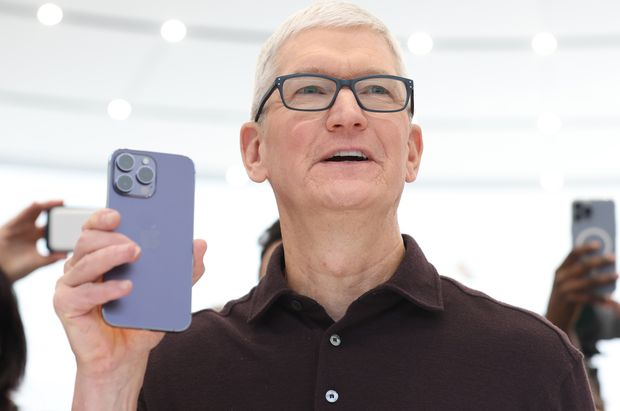 ‘I’m not sure the average person can tell you what the metaverse is,’ Cook tells a Dutch news outlet

In an interview published by the Dutch media outlet Bright on Friday, Cook called AR — in which virtual objects are overlaid onto the real world, though glasses or a smartphone — a transformational technology that will soon be as ubiquitous as a smartphone or the internet.

“I think AR is a profound technology that will affect everything.  . . we are going to look back and think about how we once lived without AR.”

But Cook was not as bullish on virtual reality, or, as Mark Zuckerberg’s Meta Platforms Inc. META, 1.51% has dubbed its version, the metaverse.

“I always think it’s important that people understand what something is. I’m not sure the average person can tell you what the metaverse is,” Cook said, noting how Apple has largely avoided using that term.

He added that he thinks VR, while more immersive, is limiting. “I don’t think you want to live your whole life that way,” Cook said. “VR is for regular periods, but not a way to communicate well.”

Apple is reportedly working on at least two new mixed-reality products: an AR/VR standalone headset, and AR glasses that can be everyday wearable. While the headset is rumored to be coming later this year or in 2023, the glasses are believed to be years away from release.

In the interview, Cook also said computer programming is the most important language students can learn today and called climate change the world’s biggest challenge. “The world is now on an unsustainable course,” he said, pointing toward efforts Apple is making to reduce its carbon footprint.

The surprising power of internet memes