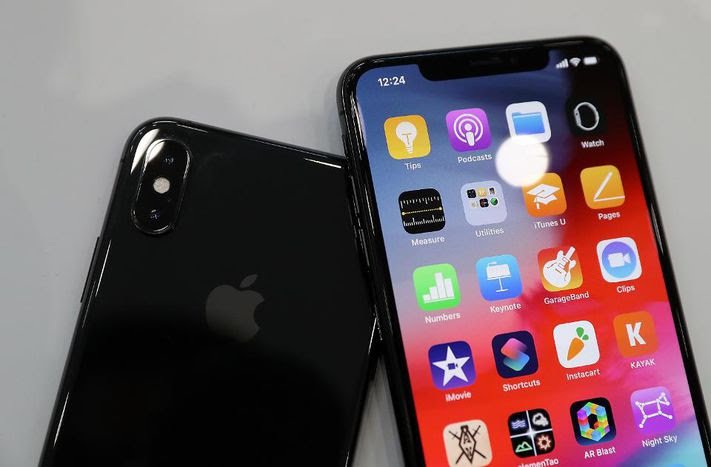 Taking a look back at another week of news from Cupertino, this week’s Apple Loop includes all the news from the Apple launch, the launch of the iPhone XS, XS Max, and XR, hands-on reviews of the new iPhones, the stunning Apple Watch 4, this missing MacBooks and iPads, changes to Apple’s battery replacement program, and why Tim Cook can’t keep a secret.

The traditional September launch event dominates Apple Loop this week, so let’s get started on looking at the news and the initial thoughts. First up is the refresh of the iPhone X family, with the reveal of the 5.8 inch screened iPhone XS and the 6.5 inch screened the iPhone XS Max.

Echoing the design of last year’s iPhone X (which has been removed from the main portfolio), the two models have the new A12 chip, FaceID, OLED displays, and introduce Dual-SIM capability for the first time. Both sport dual cameras and Apple was keen to show off the software used to process the raw images:

iPhone Xs continues to bring innovations to photography, things not possible before iPhone. Capabilities like advanced depth segmentation using the Neural Engine, Smart HDR creating photos with high dynamic range and great image detail, advanced bokeh quality in Portrait mode photos and dynamic depth of field that is user adjustable in the Photos app, are all huge improvements in state-of-the-art photographic techniques that everyone can use.

Also announced at Apple’s event was the iPhone Xr. This will be the ‘entry-level’ member of the iPhone X family, on sale at $749. Sporting the A12 chip, the same wide-angle camera as the XS, and the use of FaceID to unlock and gesture controls replacing the home button mark it out as the ‘future’ of the iPhone, even though the iPhone 8 and iPhone 8 Plus units that it arguably replaces are still listed in Apple’s portfolio. From the press release:

Preorders for the iPhone XS and XS Max opened today (Friday 14th September), with a retail releases starting on Friday 21st September in the US – other territories may vary. Unlike last year, the more expensive handset is on sale first, and the cheaper iPhone XR will be open for ordering in the following month, with pre-orders beginning Friday, October 19 and in stores beginning Friday, October 26.

While production delays on the LCD are expected to be the practical reason behind the XR delay, last year saw the iPhone 8 and 8 Plus go on sale before the iPhone X, which potentially depressed sales of the more expensive handset. That situation is reversed this year.

Hands On With The Technology

What can you expect from the handsets? Forbes’ David Phelan was invited to The Steve Jobs Theatre and was graciously allowed to touch one of the mythical new handsets:

The question mark over just how big the iPhone Xs Max would feel was quickly answered: just fine. If you can handle the iPhone 8 Plus, the iPhone Xs Max feels the same, though a little more high-end thanks to the shiny stainless-steel frame instead of the aluminium one found on the 8 Plus. The notch was less dominating because the 6.5in display is bigger so the camera element proportionally smaller.

But although it’s the same physical size as the iPhone 8 Plus, the edge-to-edge screen means your fingers and thumbs have bigger distances to travel than ever.

But What Does It All Mean?

Reading the runestones of an Apple event used to be difficult. The launches used to debut new ideas, trajectories, and services. Now, they are very much more of the same, handsets with iterative updates, and Apple quietly ratcheting up the pricing. This year’s September event? It’s all about resetting definitions.

That could be the definition of what it means to be an edge, so you can sell a phone with an edge-to-edge display that has acres of bezel on it, or it could be redefining what a mid-range handset price is. I took on the former, while Andrew Orlowski examined the latter:

The Real Story Is The Apple Watch

If you wanted any sort of technological wow moment at the Apple event, you had to turn to your own wrist, and the launch of the Apple Watch 4. A larger display, louder speaker, and improved cellular reception were all solid updates, but the real news was the inclusion of an FDA-approved ECG monitor. Nicole Nguyen reports:

Users open the app, put their finger on the watch’s digital crown, and after 30 seconds, you will receive heart rhythm classification. The app can classify signs of atrial fibrillation, which can be followed by a stroke.

Yes we saw the next iteration of the iPhone, the life-saving benefits of the latest Apple Watch, and even a nod to the HomePod (summary: it’s not dead, please buy it). But what about the expected updated to the iPad, MacBook and Mac ranges? Missing? Going loco down in Acapulco? Jeremy Horowitz has some ideas:

Apple has provided a clue that you won’t have long to wait. Back in August, it abruptly removed a tentpole feature called Group FaceTime from its iOS 12 and macOS Mojave betas, saying that it “will ship in a future software update later this fall.” That’s an atypically specific tip of the hat for Apple — and a perfect time to show off how multiple users’ faces, including Face ID-dependent Memoji, look on big iPad Pro and Mac screens.

So get ready for another Apple media event — and new point release updates to iOS and macOS — shortly after the dust has cleared with the new iPhones and Apple Watches. It’s going to be a busy run-up to the holiday season this year, but an exciting one.

With all of the new products taking up the Apple oxygen, it was a good day to sneak out some news on the battery replacement costs. Apple is raising the prices on January 1st 2019 for out of warranty battery replacements. Chris Welch has more.

Walking into your local Apple Store and getting a battery replacement for your iPhone is pretty cheap at the moment. Just $29. But when 2018 comes to a close, that temporary pricing — introduced in response to last year’s throttling controversy that affected iPhones with aging batteries — will be going away.

…Apple has updated its battery page with the new rates that will begin on January 1st. In 2019, out-of-warranty battery swaps will cost:

More at The Verge.

Why can’t Apple keep a secret any more? Anyone who has been following the chatter online will have every iPhone announcement this week. From promotional shots discovered early, to mistakes with web server files, has Cupertino lost its touch in keeping quiet? Chuck La Tournous Investigates:

In truth, Apple’s secrecy was never quite as ironclad as legend suggests. The “Luxo” iMac, the G4 Cube, the infamous case of the lost/stolen iPhone 4 . . . the list of products that were accidentally pre-revealed goes on and on. Still, these leaks were mostly speculation based on snippets of information, fuzzy images of prototypes, or product pages, and magazine covers that went live a bit too soon.

Today’s leaks are different. They’re much more consistently accurate and come with fair regularity from reliable sources. Does that mean Steve Jobs was better at running a tight ship than Tim Cook? Probably not.

I am known for my strong views on mobile technology, online media, and the effect this has on and communication will have on the public conscious and existing…MORE
Follow me on Facebook. Find more of my work at ewanspence.co.uk, on Twitter, and Linked In. You should subscribe to my weekly newsletter of ‘Trivial Posts’.

IOS 12.1 WILL IMPROVE SELFIE QUALITY ON THE IPHONE XS AND XR