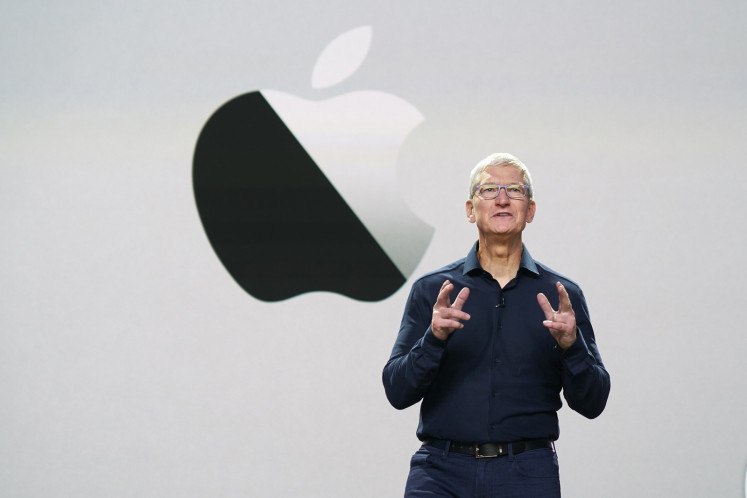 Apple said Monday it would build its own chips to power its Mac computers to create a “common architecture” that allows the devices to run the same apps as those on the iPhone and iPad.

The news came at the annual Apple developer conference — a virtual event due to the coronavirus pandemic — where the tech giant announced a series of product updates including details of its upcoming iOS 14 software powering its popular handsets.

The new “Apple silicon” initiative ends a longstanding partnership with chipmaker Intel and enables the computers to run the same apps as those on iPhones.

Apple chief executive Tim Cook said the move represents “a huge leap forward for the Mac,” which would get a more powerful and energy-efficient system that operates more like Apple’s mobile devices.

Cook said the first of the new Mac computers will be shipping by the end of the year and that the change would help lead to “a common architecture for all of our products.”

This means developers can more easily create services which can run across the range of Apple products and devices, the company said.

“Apple has made an important point that by designing their own silicon it has helped them keep pushing performance in ways merchant silicon vendors can’t,” said Ben Bajarin, analyst at Creative Strategies.

New look on iPhone
Apple also offered a first look at its iOS 14 for the iPhone which gives a new look to its home screen and allows users to more easily manage their apps.

The new operating system will organise apps into a cleaner “app library” with the most frequently used ones prominently featured.

The update “transforms the most iconic elements of the iPhone experience, starting with the biggest update we’ve ever made to the home screen,” said Craig Federighi, Apple’s senior vice president of software engineering.

Apple said the software would include a “digital car key” allowing the iPhone or Apple Watch to unlock and start a car. The virtual key for compatible car models can be shared using messages, or disabled if a device is lost.

Apple said iOS 14 would also include a translate feature for 11 languages powered by its Siri digital assistant and allow for “app clips” or fragments of apps that can be quickly downloaded and used for transactions at partner merchants and services.

A revamped Apple Maps app will for the first time include directions for bicycles, a feature which has been available for years on Google Maps.

Updated software for the Apple Watch, known as watchOS7, will include a series of health and fitness features including improved sleep tracking and automatic handwashing detection to help users clean their hands for the 20 seconds recommended by health officials to help prevent virus spreading.

Apple announced its upcoming Mac operating system will be known as “Big Sur” with more immersive features and improved privacy.

The updated iPadOS14 will add new features for the Apple Pencil which can be used on the tablets.

What is Next for Digital Transformation in Financial Services?

How to raise women’s interest in tech; a long-term approach