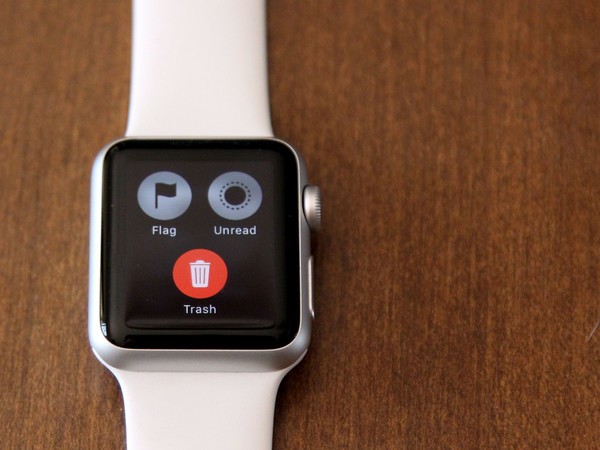 Apple is scrapping Force Touch support from watchOS 7, meaning a feature that’s been on Apple Watch from the beginning won’t come to the Apple Watch 6.

Where once a “firm and long press” in the older versions of watchOS would trigger additional options on the display of an Apple Watch, this feature will no longer work on watchOS 7. It’s unclear what will replace Force Touch, but Apple seems to be suggesting watchOS app developers figure out a new way to replace Force Touch interactions with their apps.

“In watchOS 7 and later, system apps make previously hidden menu items accessible in a related screen or a settings screen,” Apple said in its updated Human Interface Guidelines. “If you formerly supported a long-press gesture to open a hidden menu, consider relocating the menu items elsewhere.”

For those of you who don’t know, Force Touch is Apple’s way of enabling longer presses on everything from its MacBook Pro trackpads to iPhone displays to trigger other interface options. The idea is that such interactions can prevent the need for multiple clicks and taps to get to particular menus and app functions.

But with no Force Touch in watchOS 7, it would be safe to assume that the Apple Watch 6, which is predicted to be released this year alongside the iPhone 12, won’t have Force Touch. Instead, it could have a whole new way of delivering controls, perhaps via a Digital Crown with a lot more functions integrated into it, or maybe enhanced gesture controls.

While the leaks and rumors we’ve seen so far around the Apple Watch 6 have indicated that it won’t be a dramatic departure from the current Apple Watch, there’s an outside chance that a completely redesigned Apple Watch could be on its way.

A recent Apple patent suggested that an Apple Watch could be equipped with an optical sensor rather than the Digital Crown, which could open up new ways to control the smartwatch without Apple having to dramatically change its overall design. However, we’ll have to wait until September before we get a clear picture of what the Apple Watch 6 will look like and how Apple will evolve its stellar smartwatch.