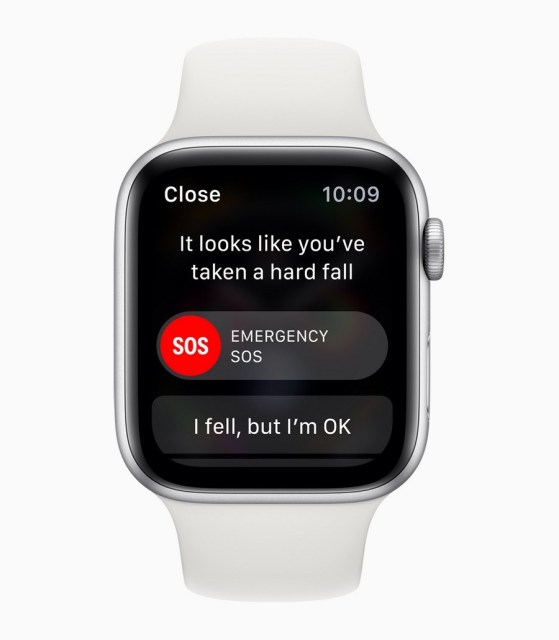 The ECG feature on the Apple Watch Series 4 gets the lion’s share of headlines about potentially life-saving incidents. However, it’s the wearable’s fall-detecting ability which is the hero of the latest story of this kind.

In Munich, Germany, an 80-year-old woman fell in her apartment. Fortunately, her Apple Watch recognized what had happened and called emergency services.

A report (translated) notes that:

“The watch transmitted the coordinates of the accident scene. The police used the data to identify an address to which an ambulance had been alerted. The ambulance crew found that the door was locked and the retiree could not open it. Then they called for the fire department, which opened the apartment door by force. During this action, the smartwatch alarmed the son, who had deposited his phone number as an emergency number. Since the woman was not injured, the ambulance crew cared her only until the arrival of the son. He took over the further care.”

This isn’t the only similar story of this kind that we’ve heard. Earlier this year, a 67-year-old man in Norway was home alone when he fainted and suffered a hard fall in his bathroom. Luckily, he was wearing an Apple Watch Series 4, which alerted first responders.

Fall detection was introduced as a feature with last year’s Apple Watch Series 4. It uses data from your device’s accelerometer and gyroscope to identify when users have suffered a fall. When an incident like this happens, the Apple Watch will then initiate a call to emergency services. If the user is unresponsive after 60 seconds, the emergency call is placed automatically. Your emergency contacts will also be notified and sent your location.

For anyone with elderly relatives, this could be a massive game-changer. It’s the kind of technology which truly justifies owning an Apple Watch. Check out Apple’s video about the feature below.