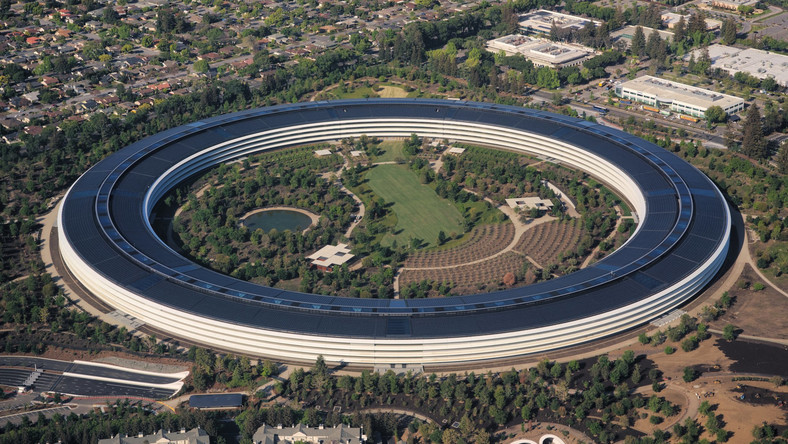 Apple ‘s new “spaceship” campus was notoriously expensive to build: Somewhere in the ballpark of $5 billion went into its construction.

In a fitting twist for a building often referred to as a spaceship, Apple’s $5 billion circular Apple Park campus doesn’t actually rest on the surface of the planet.

Instead, it sits on nearly 700 “huge stainless steel saucers” intended to protect the building’s foundation from natural disasters, such as earthquakes.

In the event of an earthquake, the campus is able to shift up to four feet on those saucers.

In an interview with The New York Times , Apple chief design officer Jony Ive said that earthquake preparedness was an essential component of the building’s design. Ive said that late Apple co-founder Steve Jobs was inspired by Japanese building design, where base isolation technology is more common than in the US.

The new campus was completed in early 2018, though some of the company’s staff started moving in back in late 2017.

Apple’s new headquarters was notoriously expensive to construct, with features like four-story glass windows (watch them slide open in the GIF below) and a detached, 1,000-person theater for product announcements. It even produces its own electricity, powered by a solar panel-covered roof.

With over $5 billion invested and over 12,000 employees working on the campus including CEO Tim Cook it’s no surprise that Apple wants to protect its headquarters.