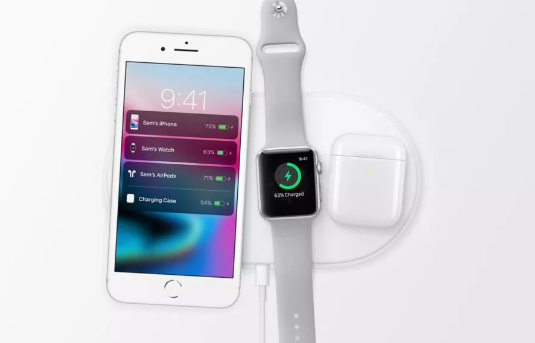 Overheating, communication, and interference issues are still plaguing the development of Apple’s AirPower wireless charging pad, according to a pair of reports citing multiple sources close to the matter. The issues contributed to the AirPower’s absence at last week’s iPhone announcement.

AirPower was first teased over a year ago at the same event that Apple used to announce the iPhone X, the company’s first handset to support wireless charging. AirPower was to be the firm’s debut wireless charger, capable of charging your AirPods (with compatible case), Apple Watch, and iPhone simultaneously. The consensus seems to be that Apple has bitten off much more than it can chew with the ambitious device.

Writing on Daring Fireball, John Gruber points the blame squarely at the AirPower mat’s multi-coil design, which is allegedly causing the device to overheat. These overheating rumors have been around since June, and it seems Apple is still struggling to find a solution.

Sonny Dickson corroborates these rumors and offers further details on the scale of the issues. As well as getting too hot to effectively charge the devices, the AirPower mat is also allegedly struggling to communicate with them, meaning it doesn’t know the charge levels of the devices that it’s filling with power.

Finally, attempting to charge multiple devices simultaneously has also lead to interference issues cropping up between them, according to Dickson.

Neither Gruber nor Dickson commit to saying whether the device has been delayed or cancelled entirely, but both agree that the situation isn’t great for Apple. “Well and truly fucked,” is how Gruber puts it, while “doomed to failure” is how Dickson describes the broad feeling at the company.

What’s certain is that with all mention of the ill-fated device now scrubbed from Apple’s website we probably shouldn’t expect AirPower to return any time soon (at least not in this form, Dickson suggests we might see the name re-applied to an all-new product at a later date).

AirPower has always been an ambitious piece of engineering. While normal wireless chargers contain just a single coil designed to charge a single device at a time, Apple’s first foray into the area reportedly contains between 16 and 24 overlapping coils of different sizes designed to charge multiple devices simultaneously. All of which adds up to a very ‘Apple’ device, wherein the company takes a pre-existing technology and gives it enough usability improvements to leapfrog the competition.

At least it would have been, had a working AirPower mat shipped on time.