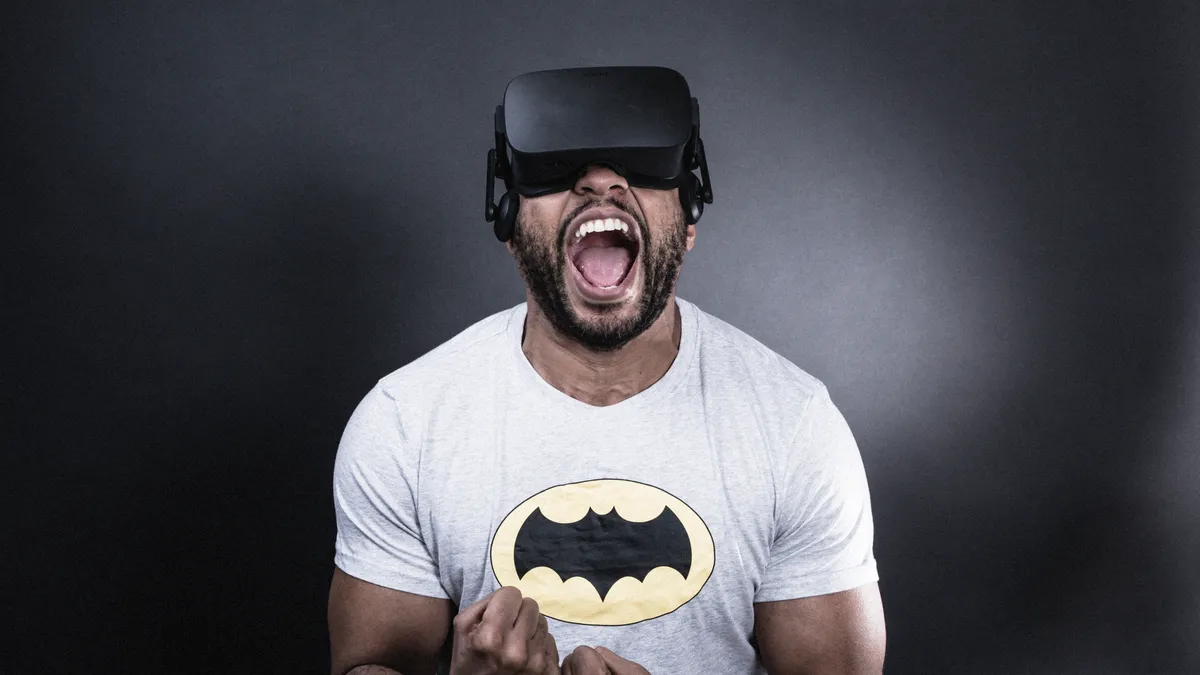 Meta’s CEO is fighting with Apple over the future of the metaverse.

Facebook co-founder Mark Zuckerberg sees the metaverse as a wondrous new stage of technology, filled with opportunities to work, play and communicate. You could watch an Imax movie on the moon, host a work meeting in a Pirates of the Caribbean-inspired tavern, or rock out on a stage with your favorite musician.

But while you watch how the metaverse unfolds, Zuckerberg is preparing for what appears to be the fight of his life. His opponent is Apple.

During his Meta Connect conference keynote last week, Zuckerberg laid out his vision for the future, including games like Iron Man VR, a suite of business productivity apps from Microsoft, and a new $1,500 headset called Quest Pro, whose top feature includes sensors that can read your real-life facial expressions. Still, at several notable times in the 82-minute presentation, he also attacked Apple without saying its name.

In veiled jabs, Zuckerberg attacked Apple over everything from its secretive nature to its business model, profiting primarily off hardware rather than ads. He also attacked Apple’s “closed” ecosystem approach to app development, funneling all iPhone, iPad, and Apple Watch apps through its App Store. While that approach, where apps are checked for security issues and judged against the company’s editorial standards, has helped create massive companies like Uber and TikTok, it’s also drawn scrutiny over antitrust concerns.

“In every generation of computing, there’s been an open ecosystem and a closed ecosystem,” Zuckerberg said, referencing the tech industry’s past platform battles between PCs and Mac computers, and Google’s Android software against Apple’s iOS. The tight control Apple exerts creates lock-in, Zuckerberg said, which helps Apple’s profits. The metaverse, he said, should not be like this. (Apple didn’t respond to a request for comment about Zuckerberg’s jabs.)

Zuckerberg’s attacks on Apple aren’t new — he’s openly criticized the company dating back to the first iPad more than a decade ago. But these came during one of his most important events of the year, and it marks what may be the beginning volleys of tech’s next big battle.

In the not-too-distant future, both companies believe we’ll wear technologies on our heads that are capable of overlaying computer images on the real world (augmented reality) or bringing us into immersive computer-generated lands (virtual reality.) If indeed the world transitions to these headsets, using them for everything from watching movies to doing work, it could kick off a new wave of growth in tech. Today, the tech industry already sells hundreds of millions of PCs and more than 1.5 billion smartphones each year.

Tim Cook, Apple’s CEO, has said he believes his preferred “reality” technology, AR, will profoundly change our world in a similar way the internet has over the past few decades. “We are really going to look back and think about how we once lived without AR,” he told the Dutch publication Bright last month.

Zuckerberg believes much the same about the metaverse, the shared digital worlds his team is helping to build. “We believe in this vision so deeply that we renamed our whole company after it,” he said last week. “And we’re in a moment now when a lot of the technologies that will power the metaverse are starting to take off.”

It’s telling that Zuckerberg fired his shots before Apple has even released a set of AR glasses, which have been rumored for years.

Apple hasn’t publicly acknowledged reporting from many outlets, including CNET, about its upcoming headset.

Instead, the company has publicly focused its efforts on adding more capabilities to its iPhones and iPads. In 2017, it announced AR Kit, a set of software tools that help developers create apps that can interact with the real world. Notable AR apps for the iPhone include Pokemon Go, where players “catch” cartoon monsters after searching for them through the camera and screen. There’s also Ikea Place, an app that measures a space in your house and shows what the company’s furniture would look like if placed there.

Apple will need to pick the right moment to announce its headset, analysts say. Though it’s rarely the first to announce new devices — there were many audio players before the iPod and plenty of smartphones before the iPhone — Apple is known for eventually offering “a better solution,” wrote Strategy Analytics analyst Tim Bajarin after Meta’s announcements last week. “That includes innovative designs of said devices and includes easy-to-use software and services,” he added. “If history is any guide, Apple will innovate with some form of headset that is easy to use that includes apps and services.”

“Meta simply knows that they need some kind of a head start to even have a fighting chance.”
Anshel Sag, Moor Insights & Strategy analyst

While many Apple employees and industry watchers are eager for when the company’s headset will make its debut, they also often joke Apple’s CEO will probably never use Zuckerberg’s go-to word of the future — “metaverse” — to describe his company’s products. “I’m really not sure the average person can tell you what the metaverse is,” Cook said in that September interview with Bright.

Part of the reason for Apple’s swipes at Meta is likely because the iPhone maker believes Zuckerberg’s company is its biggest competitor in this industry. After all, the Meta Quest 2 headset is believed to be one of the best-selling VR devices yet. It also earned CNET Editor’s Choice earlier this year, despite having been available since 2019. “It’s still the VR headset to beat,” CNET’s Scott Stein wrote in his review.

Anshel Sag, an analyst at Moor Insights & Strategy, noted that amid all of Zuckerberg’s talk about the metaverse, he also described the company’s new Quest Pro headset as a device for AR development and business apps too. That expansion, beyond gaming and internet communication, was key to Zuckerberg’s case, he said. “This is another one of those platform wars, where Apple kind of stands on its own, and then everybody else is competing with one another to compete with Apple.”

“Meta simply knows that they need some kind of a head start to even have a fighting chance,” he added.

Zuckerberg got some of that head start eight years ago, when Facebook bought then-startup Oculus VR for more than $2 billion. That’s helped his own company’s VR app store hit $1.5 billion in sales so far, with 33 titles surpassing $10 million in gross revenue.

Now Zuckerberg’s making the case not just to build apps for his device, but to fight his coming war against Apple too.

“We’re at the beginning of a new era and computing major shifts like this, don’t come around that often,” Zuckerberg said last week. “I see our role as not just helping to build this open ecosystem, but making sure that the open ecosystem wins out in this next generation of the internet.”

Pico 4 Review: Should You Actually Buy One Instead Of A Quest 2?