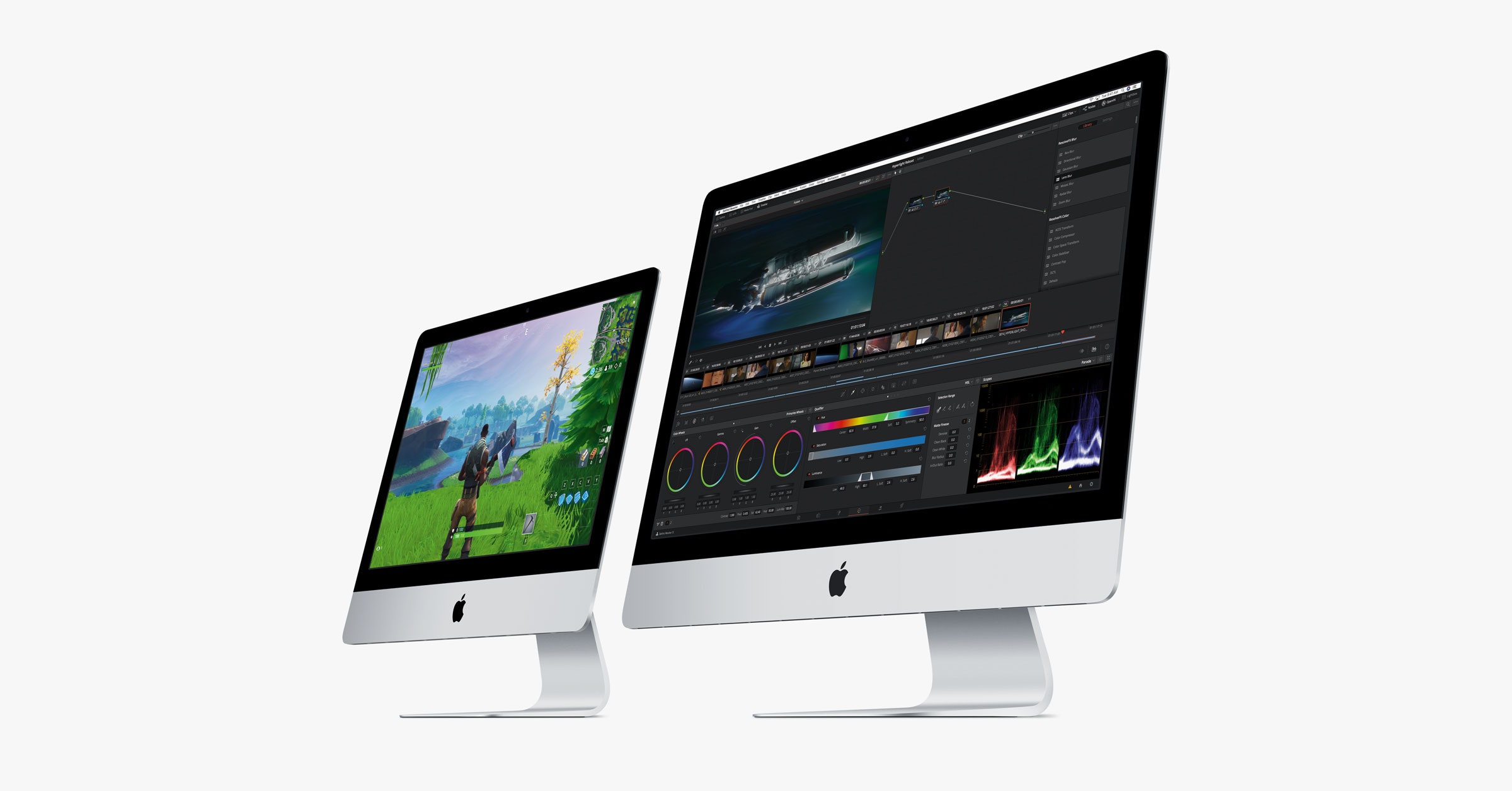 A new iMac is coming, and this time around, rumors suggest that Apple is finally ready to supersize the display—or at least release a bigger version than the 27-inch display that we’re all used to.

Per MacRumors, credible leaker l0vetodream tweeted over the weekend: “The iMac’s screen is really big, bigger than the biggest one.” That by itself might not seem like anything, but it’s important to keep in mind that Apple hasn’t redesigned the iMac in nearly a decade. The last time we saw a design refresh was way back in 2012. Sure, the line has seen upgraded components over the years, but otherwise, the iMac has sort of stagnated in the design department, especially when compared to Apple’s other products.

Back in January, Bloomberg reported that the new iMac all-in-one would likely take its design cues from Apple’s Pro Display XDR monitor. In terms of size, that would mean we’re looking at a possible 32-inch display. While the 27-inch display is considered the flagship, Apple also offers a smaller 21.5-inch version. Per Tom’s Guide, that too could be getting a bump up in size to 24 inches.

Those are some significant upgrades in screen real estate. This is especially true when you consider the new iMacs are rumored to have slimmer bezels. Apple will also purportedly do away with the hideous metal chin at the bottom of current iMacs, as well as shave down the curved back into a flat one. The move sounds similar to what Apple did with the iPhone SE and the iPhone 12 Mini. By axing the home button and bezels, the iPhone Mini was able to bump the screen size to 6.7 inches from the SE’s teeny 4.7-inch display.

Apple is in spring cleaning mode when it comes to its product inventory. In recent weeks, not only…

Bloomberg cites anonymous Apple sources as saying the iMac redesign will be “one of the biggest visual updates to any Apple product this year.” And while a bigger, nearly bezel-free screen would be a marked change, it wouldn’t be all that different from the Pro Display XDR. Apple leaker Jon Prosser hinted late in February that the iMac would come in multiple colors: silver, space gray, green, sky blue, and rose gold. That would definitely count as a “big visual update,” and would be incredibly reminiscent of the colorful iMacs of yore while dovetailing neatly with the new iPhone 12 colors. However, Prosser has a pretty hit-or-miss track record with Apple rumors, so take that with a large grain of salt.

What we do know is that the new iMacs will be the first to sport Apple Silicon, making the 2020 iMac the last to sport an Intel chip. Apple began its shift from Intel-powered devices to its own ARM-based SoC last year, so it makes total sense that the iMac’s design is getting overhauled now. A “big visual update” would help consumers easily differentiate the forthcoming iMacs as part of the Apple Silicon-powered era. That’s bolstered by the fact that Apple’s also been clearing out its iMac inventory in recent weeks. Last month, Apple discontinued the iMac Pro. A few weeks later it axed two more configurations of the 21.5-inch iMac.

Rumors had Apple hosting a launch event in March, and were later revised to April. (Purportedly, Apple seeded those rumors itself to root out leakers.) There’s a slight chance we could hear about the new iMacs then—though it’s more likely that Apple will wheel out a new iPad Pro and Air Tags. We’ll likely have to wait a few more months before we know what the new iMacs really look like, but it’s fair to say that big changes are coming.

Choosing between an iPhone 12 and a Pixel 5? Here’s what you should consider