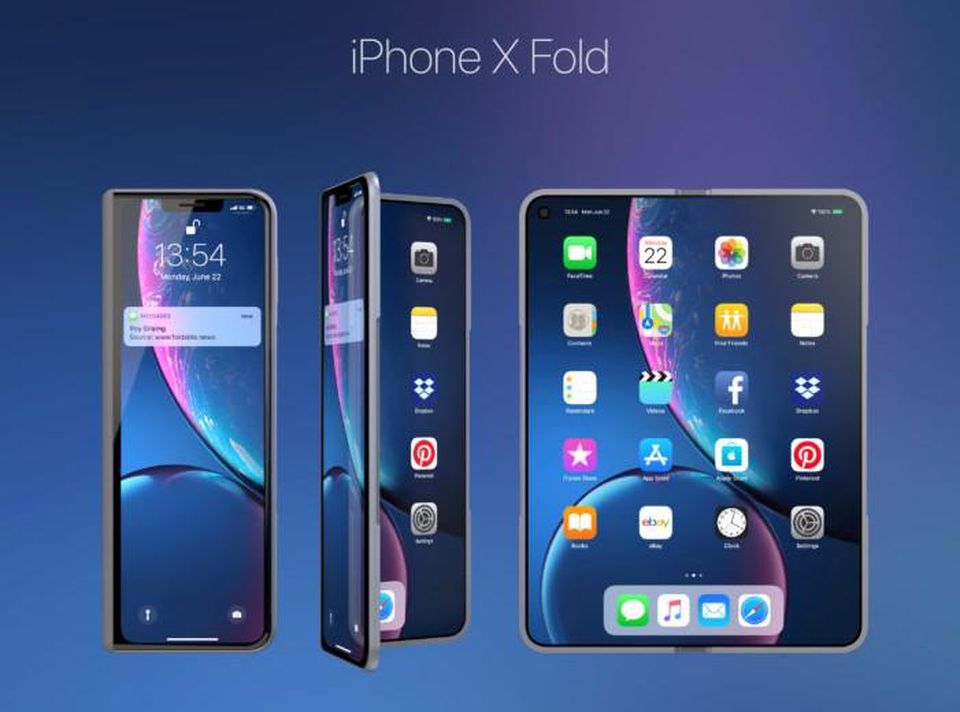 Apple has three new iPhones coming later this year and their contentious designs are already well known. But the company is also openly working on a far more ambitious device to counter the folding smartphone trend, and Apple’s most ambitious iPhone to date is now quickly taking shape.

Spotted by the ever-alert Patently Apple, the US Patent and Trademark Office has this week granted Apple new patents for a “foldable cover and display for an electronic device.” And helpfully, it reveals both how Apple will do it and the radical folding configurations it is considering.

We learn Apple’s work centres on creating a display which has a flexible region and a cover layer using ceramics, such as toughened glass or sapphire. This is a step up from anything we have seen from Samsung and Huawei’s flexible devices, which simply use plastic panels (the former is suffering for that mistake already).

Moreover, with its alternative approach, Apple shows it is possible to build significantly more radical folding form factors than the phones we have seen to date, possibly due to increased structural integrity. Yes, the standard fold is indeed shown but Apple also illustrates radical dual and triple folding designs.

And, if you were left in any doubt about Apple’s intentions, it is worth noting this is just the latest in a flurry of folding iDevice patents the company has submitted over the last year. Including one which reveals subtle heating below the display so the bend doesn’t stiffen or crack in cold weather. As usual, Apple isn’t first into the ring but it looks ready to make a big splash on arrival.

When can we expect to see the so-called iPhone Fold? While the first folding phones have already hit the market, sadly Apple’s 2019 iPhones are not that interesting. There will be a major iPhone redesign in 2020, which may prove a more likely timeframe but, as all Apple fans know, the real answer is: When it’s ready.