The Samsung Galaxy Note 8 leaks just keep on coming, the device leaked several times in the last couple of days, and now we get to see some new Galaxy Note 8 leaked renders. You will find two new images of the Galaxy Note 8 in the gallery down below, the first image is showing off the device in a Arctic Silver color, while the second one seems to show off its Milky White variant, at least according to the source.

Now, unfortunately, we don’t get to see the front side of the device in either of these two images, but we do get a clear look at the phone’s back, and its sides. As you can see, the Galaxy Note 8 will sport a dual camera setup on the back, and next to it you’ll notice an LED flash, and a rear-facing fingerprint scanner. The phone will be curved on both its back and front sides, while the company’s logo will be placed on the back of this device. The Galaxy Note 8 will be made out of metal and glass, just like the Galaxy S8 and the Galaxy S8 Plus, while its power / lock key will be included on the right. The phone’s volume up and volume down keys will be placed on the left, and on the very bottom of the device you’ll get a loudspeaker, a Type-C USB port and the phone’s S Pen stylus will be tucked away there as well.

The Galaxy Note 8’s edges will not be as curved as the ones on the Galaxy S8 and the Galaxy S8 Plus, and the same can be said for the corners of its display. The Galaxy Note 8 is expected to sport a 6.2-inch or 6.3-inch QHD+ Infinity Super AMOLED display, while it will probably ship with 6GB of RAM on the inside. The device will be fueled by the Snapdragon 835 SoC in some regions, while the Exynos 8895 processor will fuel it in some other countries. Android Nougat will come pre-installed on the Galaxy Note 8, and on top of it, you’ll get Samsung’s custom UI. The phone will probably sport two 12-megapixel shooters on its back, and an 8-megapixel camera is expected to be included on the device’s front side. 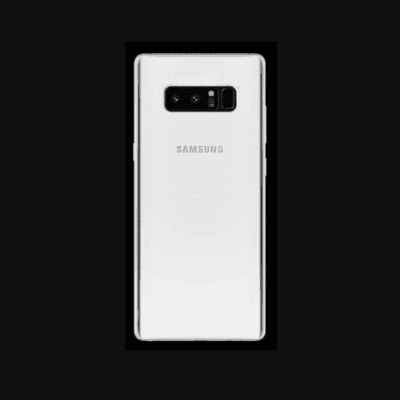