Beyond 5G May Help Avoid Buffering on Cell Phones
Advertisement 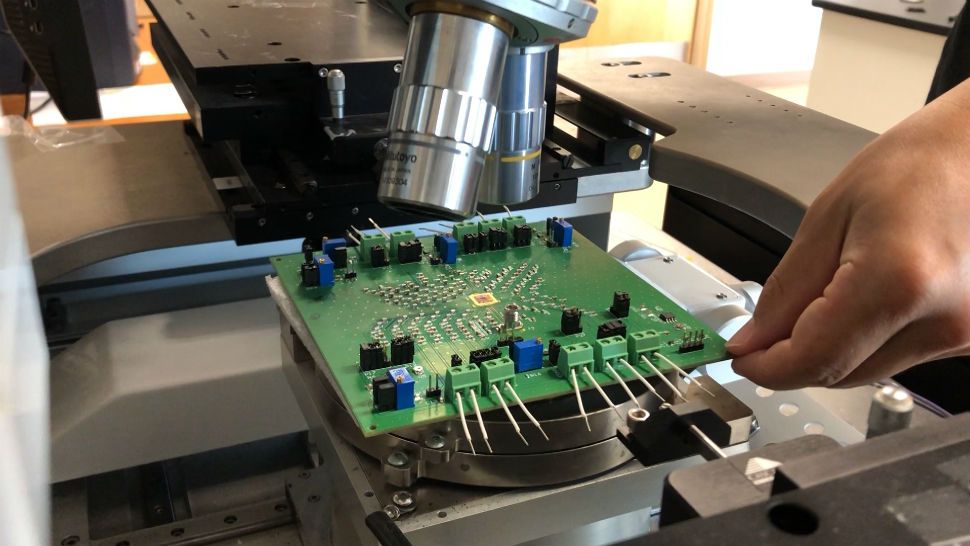 You are about to hop on a plane. You want to download a movie quickly. On the current 4GLTE technology, the download would take you a few minutes. But thanks to an invention that is smaller than a penny developed by researchers at University of California Irvine, that download could only take you a few seconds.

Tiny pieces of what looks like metal – could be the key to avoiding buffering on our cell phones.

“What we’re trying to achieve is a fiber optic level of wireless communication speed but also has the advantage of being wireless,” says UC Irvine graduate student Huang Wang.

Wang is one of the researchers who helped create “Beyond 5G.”

The transmitter and receiver the team created has been proven to transmit data faster than the transmission speeds available now.

So how fast is it? Here is a transportation analogy:

And Beyond 5G? A high speed train! That is why researchers named their invention “Beyond 5G.” The wireless transceiver combines digital and analog components.

It could be a big benefit for anyone who watches videos on their cell phone, including Electrical Engineering Professor Payan Heydari who was part of the team that made the invention. He says if he wanted to watch the World Cup final in real time on his cell phone, on currently technology, “It is simply impossible to watch it without buffering.”

Professor Heydari says “Beyond 5G” could get rid of buffering. Their invention also uses less energy and would require less space. For example, data centers require a bunch of wires. Beyond 5G gets rid for the need of all of these wires as their system is wireless.

The team continues to test their invention – to see how fast this system can go.

The team plans to start a business with their new technology, but Heydari says the business is in its very early stages.

Could the future of mobile technology be the alternative to cable?

20 Things You Can Do With Your Apple Watch