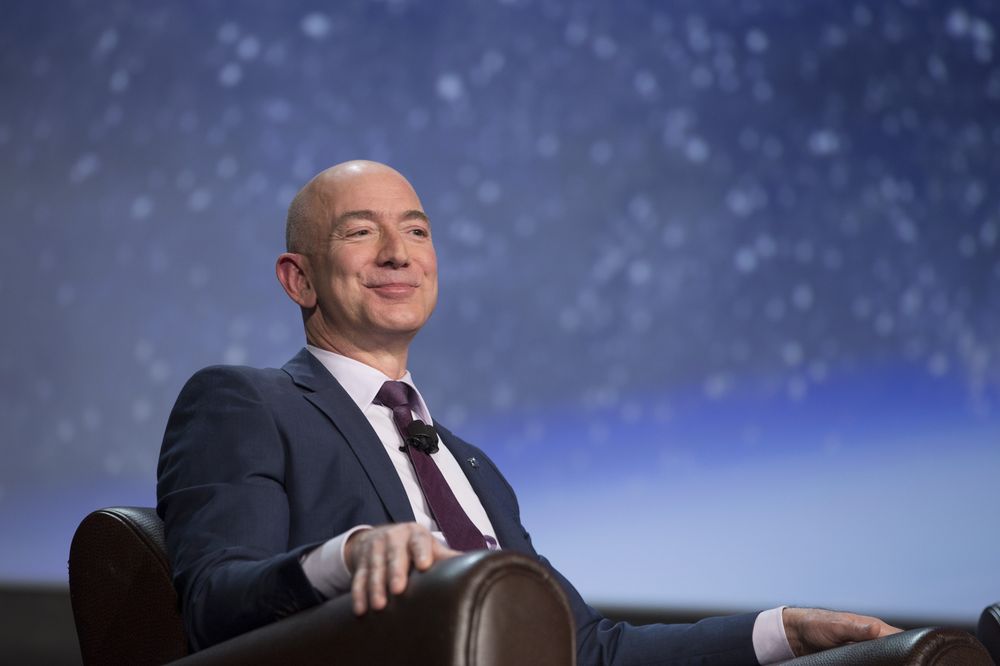 When Jeff Bezos alleged in a blog post Thursday that he was the victim of blackmail attempts by the publisher of the National Enquirer, he underscored risks particular to billionaires in the digital age.

“The perception among very affluent people is often ‘I have this level of wealth, I’m untouchable,’” said Mark Johnson, chief executive officer of Sovereign Intelligence, a McLean, Virgina-based risk analytics firm. “But the systems they have in place for protecting their personal identifiable information are very weak.”

Ask any family office about its biggest fears and cybersecurity is near the top. Personal protection no longer involves just bodyguards and a top-notch alarm system. The internet age has seen a massive shift in people storing their most sensitive and personal data online, where it’s vulnerable to hacking and intrusion.

Ultra-wealthy individuals are particularly susceptible because so much of their data are often centralized through family offices, which typically lack the robust firewalls and encryption capabilities of banks and large corporations.

Johnson, a former case officer with the Naval Criminal Investigative Service, said he’s worked with clients with more than $40 billion in assets who had a “Secret Service-type physical security — probably even better — and yet there was an absolute disconnect between that physical security and the digital protection.”

It’s unclear how the tabloid obtained Bezos’s texts. The Amazon.com Inc. founder, who has a net worth of $133.9 billion, said in his blog post that he’d authorized security chief Gavin de Becker “to proceed with whatever budget he needed” to get to the bottom of the leak.

“We all have devices we carry and they each have their own point of vulnerability,” said Kris Coleman, founder of intelligence-services firm Red Five Security.

Banking information, identity data, even health information and travel schedules can expose someone to a breach. Those in billionaires’ inner circles are a particular risk for the information they have access to and could share, either maliciously or inadvertently.

“Private, affluent families need to consider themselves targets that are on par with nation states,” Coleman said.

Coleman and Johnson are both members of RANE, a network of risk-management professionals from banks, law firms, family offices and corporation.

The wealthy aren’t just at risk of losing money through hacks. Their brands, reputations — or, in family office parlance, “legacy” — also can be damaged. On Tuesday, news website Splinter published a trove of racist emails sent and received by TD Ameritrade Holding Corp. founder Joe Ricketts that included anti-Muslim slurs and conspiracy theories. Ricketts, whose family owns the Chicago Cubs, issued a statement on his personal website, apologizing for remarks “that don’t reflect my value system.”

Providing security services to the growing ranks of the super-rich is an expanding field. Federal agents and military personnel, including former Navy Seals, Secret Service and Mossad agents, SWAT team operators and Scotland Yard detectives, have found second careers protecting billionaires, where they can earn double what they did working for the government.

Facebook Inc. spent $7.3 million in 2017 on personal security for CEO Mark Zuckerberg, an expense the company defended as necessary considering his “position and importance.” Last year, the firm said it would give him an additional $10 million annually to beef up his security. Its executive protection program is run by an ex-Secret Service agent, according to her LinkedIn profile.

Amazon spent $1.6 million last year on security for Bezos, according to regulatory filings. His Bezos Family Foundation also has taken physical precautions. For example, the foundation’s mailing address is a post office box in a nondescript strip mall in the Seattle area.

De Becker, a best-selling author, made his name as a security consultant to Hollywood celebrities and co-created MOSAIC, an assessment tool that was originally used to analyze threats against Supreme Court justices and members of Congress. He describes himself on the firm’s website as “the nation’s leading expert on the protection of public figures.”

“My message to affluent families: don’t assume you’re OK,” Coleman said. “Because most of them aren’t.”

The Ultimate Beginners Guide to GDPR Compliance in 2019