Car that can fly to go on sale from 2017
Advertisement 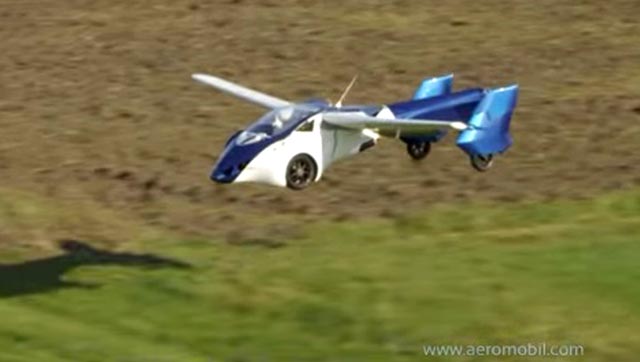 Believing in an idea whose time has come in an age of increasing traffic jams, the Slovakia-based makers of a flying car have unveiled their latest model at a technology festival, promising to have a model available for purchase by 2017.

Slovakian company AeroMobil this week put its flying car on display at the South by Southwest Interactive conference in Austin, Texas.

The two-seater vehicle runs on standard gasoline and can operate on both the highway and in the air, taking off from a grass or pavement runway of 300 meters or less.

Juraj Vaculik, CEO of AeroMobil, said: “We believe that by 2017 we’ll be able to launch this to market. We don’t even need airports. If something like a flying Uber and flying Lyft will be on the market, I think many users will find this a very efficient way to move”.

According to AeroMobil, its vehicle is designed to increase efficiency on what it calls “medium distance” trips — around 650 kilometers — where travel to and from the airport greatly lengthens the time it takes to make a relatively short flight.

The company says the current model, known as the Flying Roadster, will be sold at a cost of several hundred thousand dollars. If the Roadster sells well enough, Aeromobil plans to develop a self-flying model.

Apple is nightmare for yet another industry