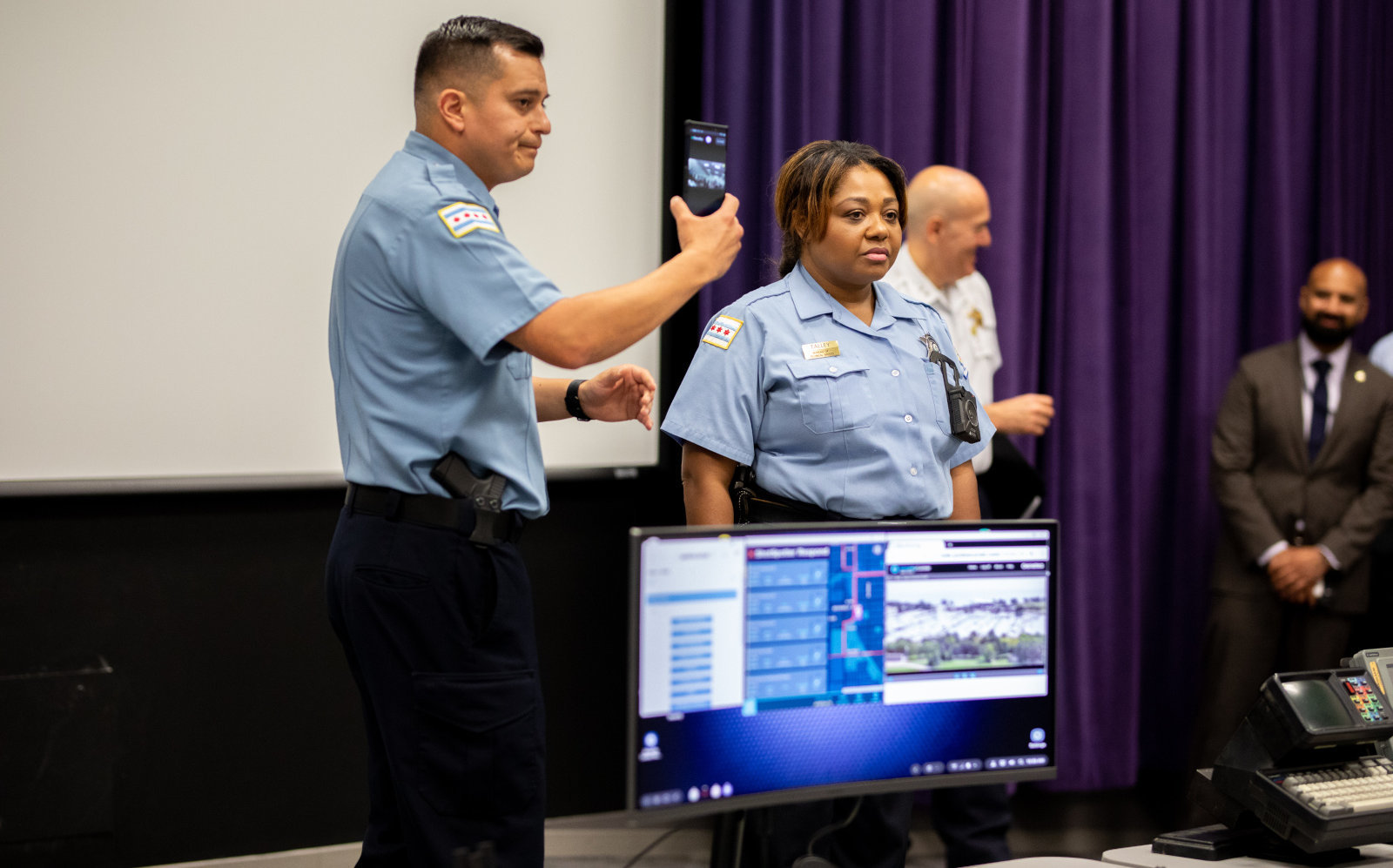 Samsung created an in-vehicle version of its DeX platform in hopes that it can replace the computers cops and first responders have to carry around. Now, the Chicago Police Department has announced that it’s taking the system for a spin to see if it can truly be an effective companion for law enforcement officers. CPD Superintendent Eddie Johnson said nearly half of all the officers in the city already have department-issued Samsung phones. When the pilot launches, they’ll be able to access police apps on their vehicle’s dash-mounted display simply by docking their phones.

The pilot test will first roll out to officers from CPD’s 11th district this year. According to Samsung’s announcement, the DeX system will allow them to accomplish tasks like accessing computer-aided dispatch and other CPD systems to conduct background checks from their cars. Further, they’ll be able to immediately attach any photo or video evidence they take with their phones to their reports.

“The old computers had to stay in the cars,” CPD Bureau of Technical Services chief Jonathan Lewin explained. “With this solution, it really creates an ecosystem that takes all the technology and makes it available to officers on the street in real-time and at significantly less cost than we are paying now.”

Samsung says authorities could also use DeX docks in police stations, allowing officers to pick up where they left off on their phones or their cars as soon as they get back. It’s not clear if CPD is also considering using DeX in their headquarters, though — that might depend on how the pilot testing goes.

Huawei has built the Disneyland of tech R&D