Choosing between an iPhone 12 and a Pixel 5? Here's what you should consider
Advertisement 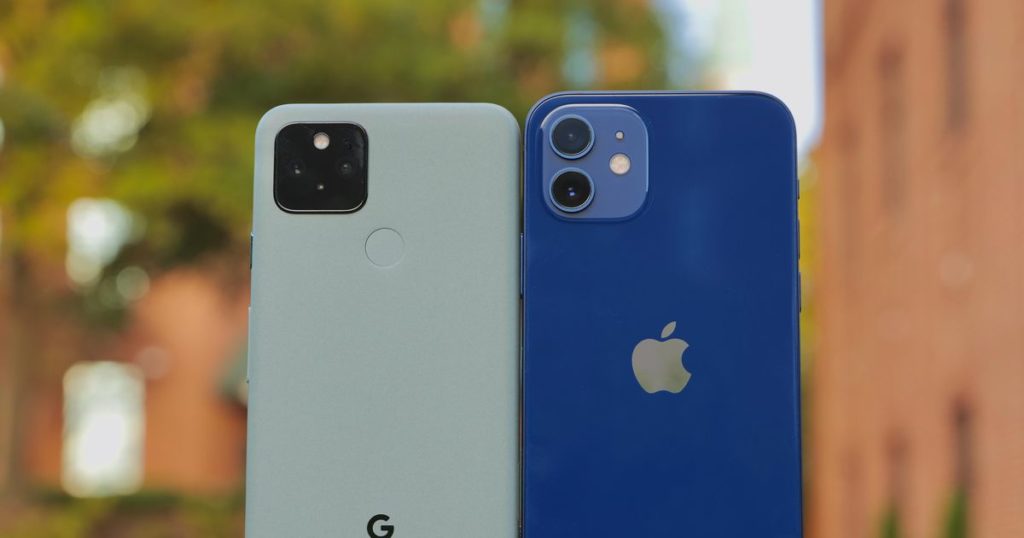 Pricewise, this isn’t a very fair fight. While the $699 Pixel 5 (£599, AU$999) is Google’s current flagship, it lacks many of the premium features we’ve come to expect from brands like Samsung and Apple. (Here’s how the Pixel 5 compares to a similarly priced iPhone 11 instead.) The iPhone 12 price structure is a bit more complicated, because Apple released four models and prices vary between unlocked and carrier models. The base iPhone 12 model starts at $799 (£799 and AU$1,349) with carrier discounts, and that $100 price difference to the Pixel 5 is nothing to sniff at, especially as belts tighten during the coronavirus pandemic.

As far as the operating system goes, those who are plugged in to Apple’s iOS ecosystem are unlikely to even look twice at a Google phone. And the same goes for Android users. But if you’re looking to make a switch from iPhone to Android or from Android to iOS, or if you just like to rubber-neck at phone showdowns, read on as we compare the iPhone 12 and Pixel 5’s design, camera, battery and performance.

One of our highest rated phones… ever

Patrick Holland/CNETWith 5G support, a sleek new look, major camera upgrades, a ceramic shield screen and an overall zippy performance, Apple’s newest flagship is a force to be reckoned with. CNET’s Patrick Holland called the phone “a complete unit” and praised its “slabular beauty” — reminiscent of the iPhone 5 design. Not only did the 12 score higher on performance benchmark tests than any other phone we’ve ever tested, but it’s also one of our highest rated phones of all time. Too bad it doesn’t come with headphones and a power adapter. Read our Apple iPhone 12 review.

Juan Garzon/CNETWe called the Pixel 3 “the best Android phone of 2018,” but our impression of the following year’s Pixel 4 and now the Pixel 5 were very similar: cool camera, but not for that price. Still, Google devotees will appreciate the bevy of goodies included in the latest Pixel, like a 90Hz display, a larger battery and some neat computational photography tricks. And if you want 5G for $100 less, the Pixel 5 has you covered. Read our Google Pixel 5 review.

The iPhone 12 made a splash with its throwback design. Apple brought back the flat, squared-off edges, which differentiate the iPhone 12 from rivals that favor curved sides. The new flagship also comes in new blue hues, dark blue for the iPhone 12 and Pacific blue for the 12 Pro. The Pixel 5 has a more minimalist design, with a hole-punch camera, thin bezels and a flush rear camera setup.

One area where the Pixel 5 beats the iPhone 12, at least on paper, is its 90Hz screen refresh rate. Apple’s flagship has a 60Hz display. Having a 90Hz display means the screen refreshes 90 frames a second, making scrolling smoother. Keep in mind that the Pixel 5’s refresh rate is dynamic, much like many other 90 or 120Hz phones. The phone will revert to 60Hz when the higher refresh rate is not needed, such as when the screen is static, to help save battery.

As a trailblazer in computational photography, Google’s phone cameras really shine in their software. But as competitors like Apple have improved their software offerings, Google’s hardware has failed to keep up. The Pixel 5’s camera setup is still pretty terrific though and it has some exciting new tricks up its sleeve, like the marriage of Night Sight and Portrait Mode for blurred-background shots in low lighting. Other upgrades to the Pixel 5’s camera include a new editing mode for light and portrait photos, and an ultrawide camera for landscape and group shots.

But the iPhone 12 caters to the higher-end needs of even pro photographers. Apple already added an ultrawide lens on 2019’s iPhone 11, and the 12 Pro includes both the ultrawide angle and a telephoto camera (plus lidar!). Meanwhile, Apple tackled the low-light problem with hardware upgrades — a new lens with an aperture of f1.6 and a new larger sensor, which Apple says offers 27% improvement in low-light situations. Apple also added Night Mode to both its ultrawide and selfie cameras.

The iPhone 12 is equipped with Apple’s Bionic 14 processor, while the Pixel 5 has the Snapdragon 765G chipset from Qualcomm. The Pixel 5’s processor is actually slower than the Pixel 4‘s Snapdragon 855, but Google said it went with this chipset as an effort to keep costs down. We didn’t notice any slow down, but our Pixel 5 benchmark tests did yield lower scores than the iPhone 11.

The Pixel 5 boasts a 4,000-mAh battery, the highest capacity of any of the Pixel phones. While Apple doesn’t release battery specs, a recent teardown video showed a 2,815-mAh battery capacity. In CNET’s testing of continuous video playback on airplane mode, the Pixel 5 lasted 21 hours, 43 minutes, while the iPhone 12 clocked in at only 17 hours, 14 minutes.

Because 5G connectivity can be a major battery drain, both Google and Apple have introduced some unique solutions to the battery life problem. In addition to throttling between 60Hz and 90Hz refresh rates, the Pixel 5 features an extreme battery saver mode that will severely limit app usage to extend battery life. The iPhone 12 introduces a feature called Smart Data mode, which will similarly throttle 5G (down to 4G, or between different bands of 5G) in order to balance performance with battery.

Both phones offer wireless charging (though only the iPhone 12 lineup has a cool new MagSafe charger option), but only the Pixel 5 includes reverse charging, meaning it can charge other phones and accessories.