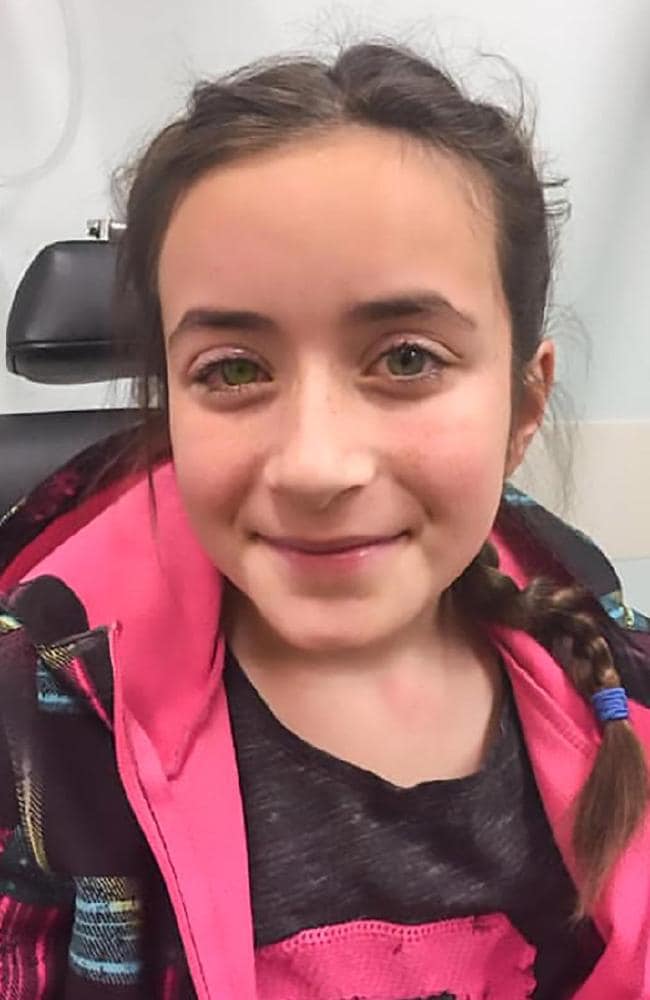 AN 11-year-old Canadian girl who wore coloured contact lenses as part of her Halloween costume was left blind for four days.

Emilie Turcotte woke in agony and screaming that her eyes were “burning like fire” on the morning after she wore them to go trick-or-treating with her friends.

She had dressed up as a demon and her mother, Julie, had allegedly purchased the coloured lenses at a party supply store in Montreal where the family lives.

Julie said she had to carefully prise open her screaming daughter’s weeping eyelids with her fingers.

“For four days we were so scared. She could not see anything,” Julie told the Montreal Journal.

In time, Emilie has been able to regain her sight but doctors ordered her to wear sunglasses for a month in order to let her damaged corneas heal.

Now, Emilie’s mother is warning other parents of the danger of the lenses, which are commonly available as part of Halloween costumes and have been worn by celebs such as Kylie Jenner.

Emilie was one of six friends who bought similar costume lenses for the Halloween tradition of trick or treating.

She wore them for about four hours at school, before taking them off for dinner.

Emilie then put them back on to go trick-or-treating with her friends and removed them before going to sleep.

Doctors explained that the lenses had damaged her corneas.

She could not see for four days and had to wear sunglasses for a month to let her corneas heal. Picture: CENSource:Supplied

“When you lose your eyesight, it cannot be replaced,” Julie said.

“Contact lenses are a good disguise, but at what price?”

Emilie’s friends did not have the same reaction to the contact lenses.

Canadian eye care experts are calling for the sale of coloured contact lenses to be banned unless medically required.

Eric Poulin, president of the Quebec Association of Optometrists, said: “It is a medical product and it should be treated as such.

“They are sold everywhere, but they should not be.”

Mum Julie warned other parents of the dangers. Picture: CENSource:Supplied

“There can be an increase in these problems in the period around Halloween,

“Some of the cases we see, like patients sharing lenses with friends, wearing the same pair year after year well past the expiry date, and storing them in tap water, have devastating effects.

“The cornea, the clear window at the front of the eye, is delicate and can be scratched easily by inexperienced contact lens wearers.

“This can expose the eye to organisms that can cause nasty infections, which in extreme cases can result in permanently impaired or loss of vision.”

The British Contact Lens Association added: “Wearing fancy lenses might make you look cool for one night on Halloween but losing your sight could be a lifelong horror story.

“Contact lenses are a medical device, not a fashion accessory. They should be fitted by a fully-qualified professional.”