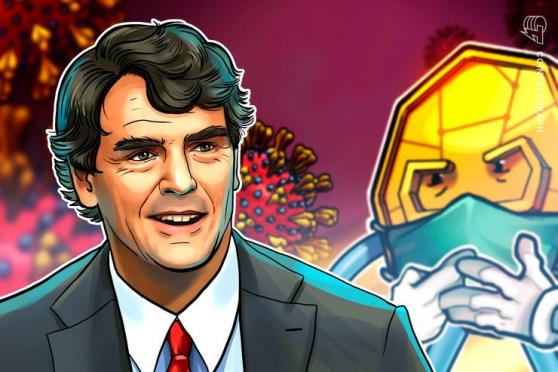 Developer 1st Playable has denied rumors one of their games was used to hijack Nintendo’s Switch console to mine Bitcoin and other cryptocurrencies.

While the recent Nintendo release, Cooking Mama: Cookstar, is connected to blockchain technology —  it’s not in the way some players have speculated.

Addressing the rumors on Twitter, 1st Playable said there was absolutely nothing “shady in the code”:

Hi – would anyone there be willing to speak to me for a piece I’m writing? DMs open.

As the developers we can say with certainty there is no cryptocurrency or data collection or blockchain or anything else shady in the code. The Nintendo Switch is a very safe platform, with none of the data and privacy issues associated with some mobile and PC games.878:48 PM – Apr 5, 2020Twitter Ads info and privacy36 people are talking about this

The official Cooking Mama: Cookstar account echoed this, pointing out it had only considered utilizing blockchain “as a means to allow players to trade in-game assets,” not to mine cryptocurrency:

“The internet is alive with rumors that Cooking Mama: Cookstar contains hidden cryptocurrency/blockchain capabilities that are causing the Switch to overheat. This is absolutely incorrect.”

It later stated: “Cookstar, nor any of our other titles in the past or near future will utilize crypto technology.”

How the rumors got started

The Nintendo console was reported to use blockchain prior to its release, which did not create much of a stir at the time. However, when Cooking Mama: Cookstar was suddenly no longer available in Nintendo’s eShop just a few hours after its release, the rumor mill went into overdrive on Reddit and Twitter.

Combined with reports that the Switch was prone to overheating and drained the battery, some users speculated the console was surreptitiously being used to mine cryptocurrencies.

While there’s no official statement from Nintendo as yet about why the game was pulled in the first place, the rumors have begun to subside in the face of pushback from the developers and independent analyses of the code.

While the Cookstar rumors appear unfounded, there have been some instances of hackers and supposedly reputable companies cryptojacking processing power.

After basketball legend Kobe Bryant’s death, hackers took advantage of fans searching for digital reminders to hide malicious html code in desktop wallpaper featuring the NBA star. The code allowed them to hijack processing power from the infected computers to mine cryptocurrencies remotely.

Larger platforms aren’t exempt either. A clone website for Cryptohopper was discovered last year. Hackers installed a Trojan on anyone who clicked a certain link on the site. This enabled them to use any computer infected with the virus for mining, among other things. Even YouTube has had its share of attempts by cryptojackers.