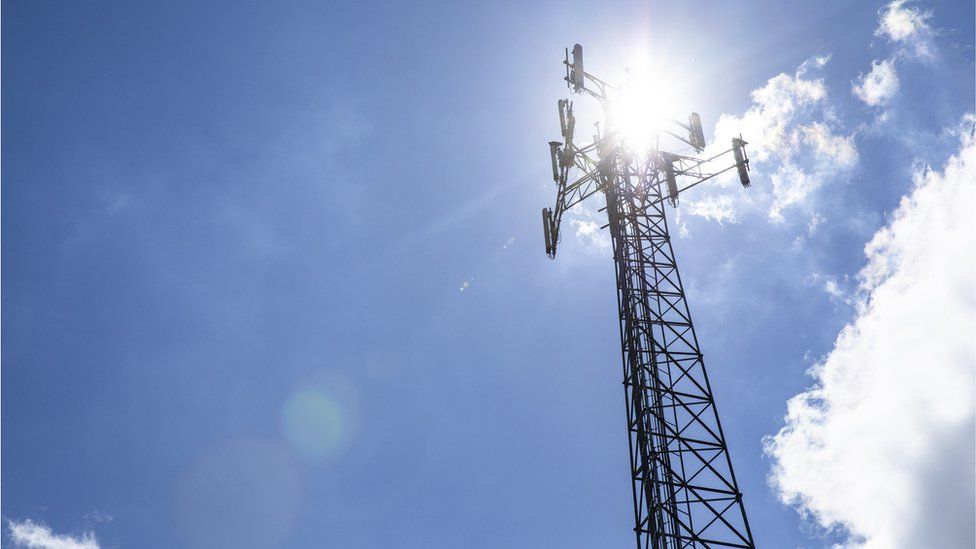 Videos have been shared on social media showing mobile phone masts on fire in Birmingham and Merseyside – along with the claims.

But scientists say the idea of a connection between Covid-19 and 5G is “complete rubbish” and biologically impossible.

The conspiracy theories have been branded “the worst kind of fake news” by NHS England Medical Director Stephen Powis.

Many of those sharing the post are pushing a conspiracy theory falsely claiming that 5G – which is used in mobile phone networks and relies on signals carried by radio waves – is somehow responsible for coronavirus.

These theories appear to have first emerged via Facebook posts in late January, around the same time the first cases were recorded in the US.

They appear to fall broadly in to two camps:

Both these notions are “complete rubbish,” says Dr Simon Clarke, associate professor in cellular microbiology at the University of Reading.

“The idea that 5G lowers your immune system doesn’t stand up to scrutiny,” Dr Clarke says.

“Your immune system can be dipped by all sorts of thing – by being tired one day, or not having a good diet. Those fluctuations aren’t huge but can make you more susceptible to catching viruses.”

While very strong radio waves can cause heating, 5G is nowhere near strong enough to heat people up enough to have any meaningful effect.

“Radio waves can disrupt your physiology as they heat you up, meaning your immune system can’t function. But [the energy levels from] 5G radio waves are tiny and they are nowhere near strong enough to affect the immune system. There have been lots of studies on this.”

The radio waves involved in 5G and other mobile phone technology sit on the low frequency end of the electromagnetic spectrum. Less powerful than visible light, they are not strong enough to damage cells – unlike radiation at the higher frequency end of the spectrum which includes the sun’s rays and medical x-rays.

It would also be impossible for 5G to transmit the virus, Adam Finn, professor of paediatrics at the University of Bristol, adds.

“The present epidemic is caused by a virus that is passed from one infected person to another. We know this is true. We even have the virus growing in our lab, obtained from a person with the illness. Viruses and electromagnetic waves that make mobile phones and internet connections work are different things. As different as chalk and cheese,” he says.

It’s also important to note another major flaw with the conspiracy theories – coronavirus is spreading in UK cities where 5G has yet to be deployed, and in countries like Iran that have yet to roll out the technology.

There were plenty of scare stories about 5G circulating before the coronavirus outbreak which Reality Check has already looked into, such as this piece: Does 5G pose health risks?

Earlier this year, a long-running study from the watchdog the International Commission on Non-Ionizing Radiation Protection (ICNIRP) rebutted these claims, saying there was no evidence that mobile networks cause cancer or other illnesses.

But if anything, the misinformation seems to have escalated.

Trade body Mobile UK has said false rumours and theories linking 5G and coronavirus were “concerning,” while the Department for Digital, Culture, Media and Sport has reiterated there is “absolutely no credible evidence for the link”.

Viruses invade human or animal cells and use them to reproduce, which is what causes infection. Viruses cannot live very long outside a living thing, so they have to find a way in – usually via droplets of liquid from coughs or sneezes.

Genome sequencing of this coronavirus suggests it jumped from animals to humans – and then began to pass from human to human.