CYBERTHREATS INCREASING BUT SHIFTING, WITH RANSOMWARE ATTACKS DOWN 17 PERCENT
Advertisement 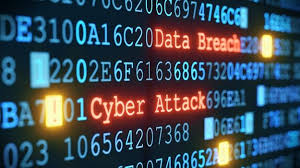 Schaumburg, IL, USA (5 June 2018) —2017 was widely billed as the year of ransomware, but cyberthreats have moved in a new direction this year, according to ISACA’s State of Cybersecurity 2018 research.

Results show that 50 percent of the 2,366 security leaders surveyed have seen an increase in cyberattack volumes relative to last year. In addition, 80 percent of respondents said they are likely or very likely to be attacked this year—a statistic that remains unchanged from last year’s study.

But despite an increase in cyberattacks generally, ransomware attacks are significantly declining. Last year, 62 percent of respondents experienced a ransomware attack, compared to 45 percent this year—a 17-point drop. This is likely because organizations are significantly better prepared after last year’s WannaCry and NotPetya attacks. Eighty-two percent of respondents said that their enterprises now have ransomware strategies in place and 78 percent said they have a formal process—up 25-points from last year.

“This is a missed opportunity for security leaders and their organizations,” said Frank Downs, director of cybersecurity at ISACA. “ISACA’s research indicates that active defense strategies are one of the most effective countermeasures to cyberattacks. A full 87 percent of those who use them indicate that they were successful.”

Recommendations
The ISACA report suggests enterprises must be better prepared with focused attention on several areas, including:

Parts 1 and 2 of ISACA’s State of Cybersecurity Study can be downloaded free of charge at www.cybersecurity.isaca.org/state-of-cybersecurity.