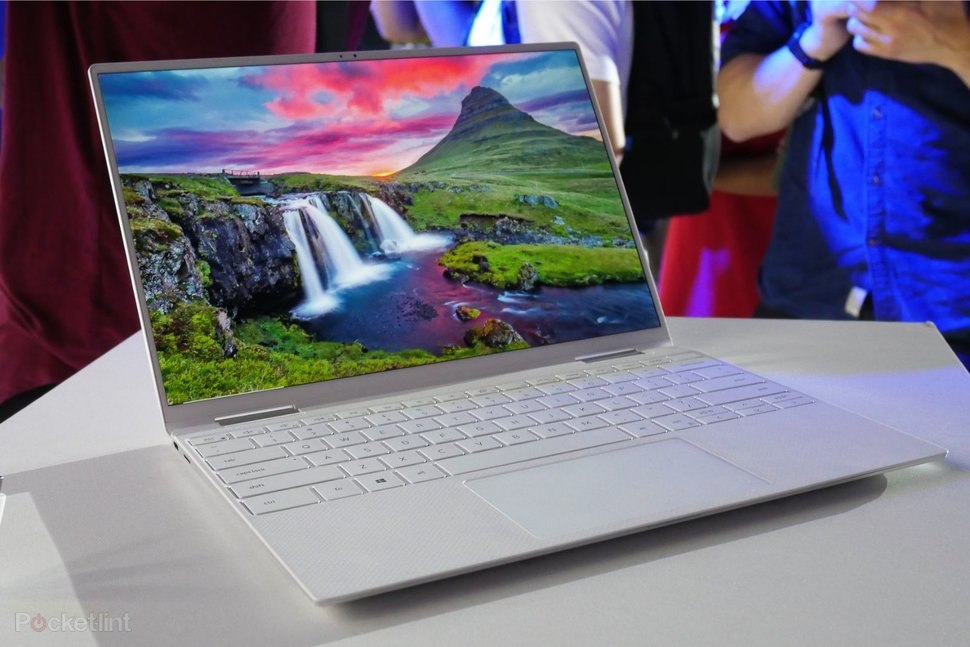 The king of 2-in-1 laptops is back. Dell’s new XPS 13 2-in-1 boasts a powerful Intel 10th Gen Core i7 processor, a superbright 16:10 display and double-digit battery life, all wrapped in an ultraportable 2-in-1 design and selling for $1,597 (starting at $979). However, the laptop’s slim design comes at the cost of a shallow keyboard and scant ports. But overall, that doesn’t stop the XPS 13 2-in-1 from earning its place as one of the best laptops out there.article continued below

If you want to customize this baby to the max, you’re going to get the same CPU and storage in our unit, but upgrade to 32GB of RAM and a 3840 x 2400 display.

However, if none of this is in your budget, consider taking a look at our laptop buying guide and our best laptops under $500.

We’ve seen the traditional Platinum Silver design a number of times on the XPS line, and while it’s not as lovely as Rose Gold, it still looks premium on the new XPS 13 2-in-1. Unfortunately, Rose Gold isn’t actually available in the 2-in-1 (only in the standard XPS 13). The XPS 13 2-in-1 still has a glossy, silver Dell logo on its aluminum hood, but what lures me in is how the lid is just slightly slanted with the deck, moving away from the flat design on most laptops.

I got blasted with a storm of Arctic White when I opened the XPS 13. Thanks to the variable torque within the laptop’s hinge, I was able to open the machine up with just one finger, while the laptop stayed still (this made my co-worker giddy). The woven glass-fiber interior looked as slick as it did on the XPS 13, and the Platinum Silver, 360-degree hinges added a nice contrast to the blinding-white design. The bezels on the 16:10 display are pleasantly slim, and like the new standard XPS 13, the 2-in-1 sports a webcam on the top bezel. There’s also a Windows Hello-enabled fingerprint reader that doubles as the power button.

Folding this machine into tablet mode felt smooth, and thanks to the magnets that can stick the lid to the underside, the XPS 13 2-in-1 was sturdy in my hands.

Thanks to the variable torque within the laptop’s hinge, I was able to open the machine up using just one finger, while the laptop stayed still.

While the XPS 13 2-in-1 is certainly scant on ports, it still somehow manages to beat the 13-inch MacBook Pro‘s two Thunderbolt 3 ports.

On the left side, there’s one Thunderbolt 3 port and a microSD card slot, while the right side holds room for the headphone jack and another Thunderbolt 3 port. The system does come with an included USB Type-C-to-Type-A adapter.

You’re probably going to want to pick up a USB Type-C hub or a docking station to expand your ports.

In the trailer for Zombieland: Double Tap, Woody Harrelson’s presidential Santa outfit glowed a proper crimson red that contrasted well with his fluffy, bright white beard. When fireworks popped off over a building in the dead of night, I could clearly see each and every zombie in the shot as well as the trees around them. The stitching in Harrelson’s jacket popped on the XPS 13 2-in-1’s sharp screen.

The XPS 13 2-in-1’s display is just colorful enough to put you in a trance.

However, what it lacks in color, the XPS 13 makes up for in screen brightness. This baby’s display averaged 516 nits of brightness, crushing the category average (348 nits) as well as the results from the Spectre x360 (287 nits), MacBook Pro (441 nits) and Razer Blade Stealth (346 nits).

I have a sort of love-hate relationship with the XPS 13 2-in-1’s keyboard. It’s incredibly shallow, and while it offers some click, it feels a little sticky. It is reminiscent to the MacBook Pro’s keyboard, but the typing experience is much more comfortable. If you’re a fan of the recent MacBooks, then you’ll love this keyboard. If not, your fingers face a learning curve.

I ran my fingers through the 10fastfingers.com typing test and scored 70 words per minute, matching my exact average. To make a more portable product, Dell had to sacrifice key travel, but this didn’t affect my typing much.

The XPS 2-in-1’s keyboard does have white backlighting, but it looks barely lit at maximum brightness, and the lighting doesn’t fully bold the letters.

For $99 extra, you can get the XPS 13 2-in-1 with Dell’s Premium Active Pen (PN579X), which offers 4,096 levels of pressure sensitivity, a 240-Hz report rate and tilt support. This stylus features three buttons that are customizable via Windows Ink Workspace. The pen is powered by a AAAA battery. When I put the device to the test, it kept up with me as I speedily drew a wooden dock on a beach with a rickety boat next to it.

The 4.4 x 2.6-inch touchpad felt premium, like being greeted by velvety-smooth bed sheets after a long day at work. The embedded clickers were a little shallow, but I didn’t feel like I bottomed out, and Windows 10 gestures like two-finger scrolling and three-finger tabbing worked swimmingly. Still, a productivity mouse will improve your workflow over a touchpad anyday.

At maximum volume, the XPS 13 2-in-1’s bottom-firing speakers weren’t as loud as I’d like, but overall, they sounded decent. In Arctic Monkeys’ “R U Mine?” the slick guitar riffs in the intro were bright. The percussion that lands in between the riffs could’ve had a little more depth. However, the vocals were crisp and shined throughout the song.

The XPS 13 2-in-1 comes with the Waves MaxxAudio Pro audio software. Unfortunately, there aren’t any presents apart from the default one. But you can customize the sound yourself via an EQ and simpler dials for bass, details and width. As much as I tried to mess with the sound, I found that the default preset sounded the best.

Packed with an Intel Core i7-1065G7 processor and 16GB of RAM, the XPS 13 2-in-1 had no problem tearing through 40 Google Chrome tabs and five 1080p YouTube videos while I blasted Spotify in the background.

As you might imagine, the XPS 13 2-in-1’s 720p shooter isn’t the biggest highlight, apart from its placement.

While my test shots didn’t look as blotchy as they do on most webcams, my face was rather soft, so it was difficult to suss out any detail in my beard or hair. The color on my blue-and-gray shirt actually looked decent, but the lights above my head completely blew out the ceiling, so it didn’t manage the contrast of the real scene well. As with most laptops, you should probably invest in a good external webcam and a privacy cover.

This baby is a stone-cold killer.

After the laptop streamed a 15-minute 1080p video, the underside measured 93 degrees Fahrenheit, putting the temp safely below our 95-degree comfort threshold. The center of the keyboard and touchpad hit 93 and 86 degrees, respectively. The hottest the machine got actually wasn’t on the underside, but rather just above the keyboard’s F8 key, an area that reached 99 degrees.

Dell includes a seemingly endless amount of branded software in the XPS 13 2-in-1.

You also get the Killer Control Center, which you can use to manage your bandwidth. There’s also some Windows 10 bloatware, like Farm Heroes Saga, Candy Crush Friends Saga and Microsoft Solitaire Collection.

Dell ships the XPS 13 2-in-1 with a one-year, limited warranty. See how Dell performed on our Tech Support Showdown and Best and Worst Brands ranking.

The XPS 13 2-in-1 is a monster in a small package. Its slim design is jampacked with powerful performance, a superbright 16:10 display and an excellent battery life. Unfortunately, you might find it difficult to get used to the shallow keyboard and the less-than-desirable number of ports.

If you’re looking for a laptop with a better keyboard and more ports, than the Razer Blade Stealth is perfect for you. For $1,599, you’ll also get strong graphics performance and better audio than on the Dell.

Foldable Motorola RAZR phone launching by the end of 2019