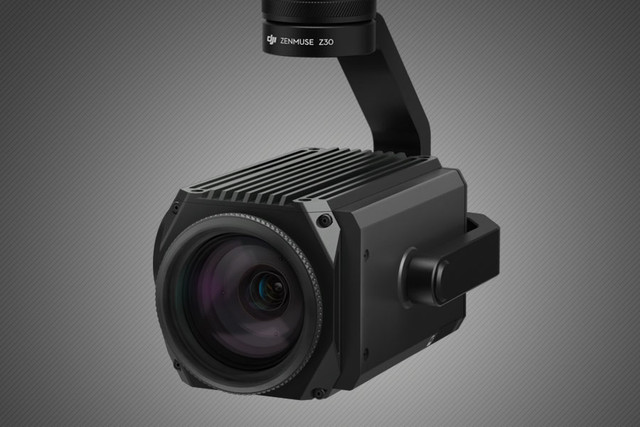 Powered By ZergNet
This summer, DJI introduced its first aerial camera with an optical zoom, the Zenmuse Z3, which featured a 3.5x zoom lens. Today, DJI is blowing it out of the water (or air, rather) with the Zenmuse Z30, which boasts nearly ten times the optical zoom power at 30x.Don’t expect to fly this new camera on your Phantom drone, however. The Z30 is narrowly tailored for government and industrial applications. DJI wants the Z30 to be the eye in the sky in situations that would be too risky or difficult to survey in person. It features a 1/2.8-inch sensor with just 2.13 megapixels, enough to capture 1080p video. The lens features a variable maximum aperture of f/1.6 to f/4.7.

With those specs, it won’t rival the Phantom 4 or Mavic Pro drones for image quality, but it fits the bill for everything from cell tower and wind turbine inspection to firefighting. Zoom power can even be expanded digitally up to 6x, for a total of 180x of zoom. With such a low resolution sensor, digital zoom likely won’t hold up very well, but it may come in handy in a pinch.

The Z30 also promises to be easy to set up, with plug-and-play compatibility with DJI’s powerful Matrice quadcopter. This means existing Matrice operators should have no problem getting up and running with the new camera.

Using the camera in flight is equally easy, thanks to a tap-to-zoom feature that centers the camera on a target and automatically magnifies the image with a single tap. The Z30 also works with DJI’s Lightbridge 2 for an extended operational range of 3.1 miles with enhanced HD live streaming. Footage is kept steady thanks to a custom gimbal that promises accurate movement compensation across the long focal range.

DJI has not published pricing information, asking instead that customers contact their enterprise sales division. More information is available from DJI.