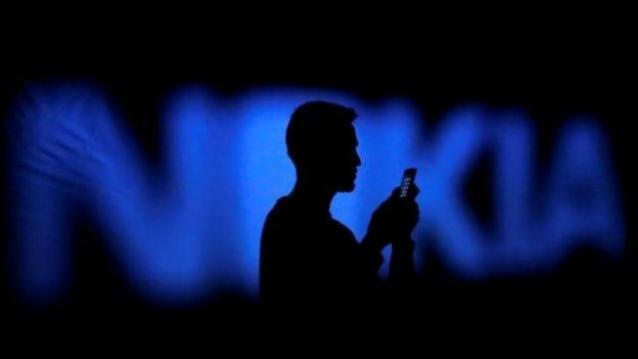 Nokia has succumbed to a downturn in the telecoms equipment business, posting a sharp drop in quarterly earnings and warning that demand for the kit which drives global network traffic would shrink further in the coming year. Its shares fell more than 7 percent to their lowest in three years.

The network gear market is in decline after demand for 4G equipment peaked last year and a new cycle of 5G network upgrades is not expected to begin until around 2020, a trend which earlier this month pummeled rival Ericsson. So far Nokia is seeing scant benefit from the purchase of Franco-American Alcatel Lucent, bought in a 15.6 billion euro ($17 billion) all-share deal earlier this year, though the company said integration efforts were on track.

“Although their underlying profitability is solid, it does not compensate for reported figures being weak… It’s a bit better than Ericsson’s, but it is not a good report,” said Swedbank analyst Mathias Lundberg, who rates the stock “neutral”. “In the near term, Nokia will have tough time ahead … But given time, and with the successful integration of Alcatel Lucent, Nokia could be a very forceful company,” Lundberg added.

Nokia’s third-quarter network sales fell 12 percent from a year ago to 5.32 billion euros against an average expectation of 5.39 billion. Operating profit for the unit fell 36 percent to 432 million. The company said network sales were set to decline at a similar rate in the fourth quarter as in the third, and the market would continue to shrink next year.

“As we look forward, we expect (market) conditions to stabilize somewhat in 2017, with the primary addressable market in which Nokia competes likely to decline in the low single- digits for that year,” Chief Executive Rajeev Suri told a conference call.

Sweden’s Ericsson earlier this month reported a more than 90 percent plunge in third-quarter profit and replaced its chief executive. Yet Nokia is less dependent than Ericsson on mobile broadband demand, as the Alcatel-Lucent merger gave it a larger fixed-line network business. Nokia’s Suri said the company, which is cutting thousands of jobs worldwide, was on track with its Alcatel synergy programme which targets savings of 1.2 billion euros in 2018.

“Challenging networks markets are nothing new to Nokia and I believe we remain well positioned … with our disciplinced operating model, focus on efficiences and costs and our broad portfolio,” Suri said. Nokia’s total third-quarter operating profit fell 18 percent to 556 million euros, but that figure was buoyed by a one-off patent licensing payment.

The company also said Chief Financial Officer Timo Ihamuotila, hailed for Nokia’s succesful recent M&A moves, would quit to join Swiss engineering group ABB, to be replaced by insider Kristian Pullola. Once known for its mobile phones, Nokia sold the handset business to Microsoft in 2014, leaving it with the networks business and a portfolio of technology patents.