EA set to pay $1.2 billion for Codemasters and its stable of racing games
Advertisement 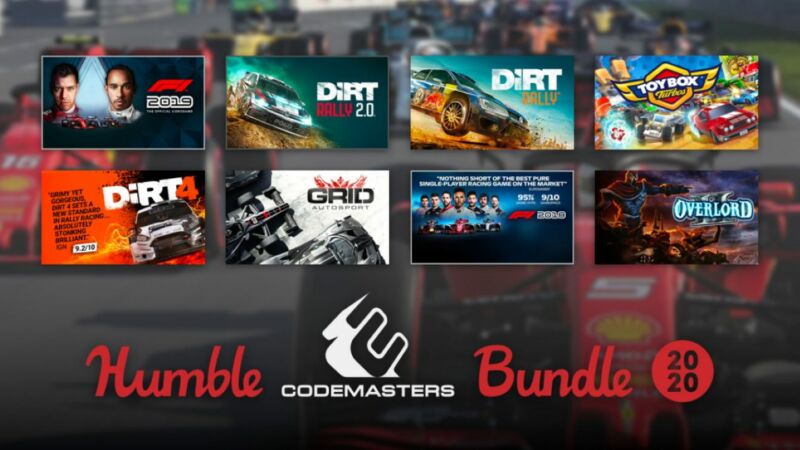 The board of directors for British developer Codemasters has reached a purchase agreement with Electronic Arts which would sell the company to the mega-publisher for an estimated $1.2 billion (or just under $8 a share) in early 2021.

The deal would put Codemasters’ popular racing-game franchises—including DiRT/DiRT Rally, Grid, F1, and Project CARS (which Codemasters acquired in 2019)—under the same umbrella as EA’s Need for Speed, Burnout, and mobile-focused Real Racing. That’s not quite a monopoly in the genre—thanks in large part to console exclusives like Microsoft’s Forza Motorsport and Sony’s Gran Turismo—but it’s as close as you’re likely to find for any major genre in gaming.

More than that, the acquisition reflects a continuing trend toward consolidation among the game industry’s biggest publishers. That’s a trend that includes Microsoft’s purchase of Bethesda Softworks (as well as other smaller studios in 2018); Sony’s purchase of Insomniac Games last year (and the stated potential for more acquisitions to come); and Epic Games’ purchase of Rocket League developer Psyonix, to name just a few.

The acquisition would also likely make Codemaster’s current and future titles part of the EA Play subscription service and, by extension, part of Microsoft’s Xbox Game Pass Ultimate. Aside from its modern racing sims, Codemasters boasts a legacy catalog going back to the days of the ZX Spectrum and Commodore 64, with titles like Micro Machines and the Dizzy platform-adventure series that were especially popular in the UK.

EA’s new purchase deal outbids a similar agreement reached with fellow mega-publisher Take Two last month, that one valued at just under $1 billion. Take Two has a limited window of time before the planned Q1 2021 purchase date if it wishes to raise the bidding yet again.

“The combination of Codemasters and Electronic Arts will enable the development and delivery of a market-leading portfolio of creative and exciting racing games and content to more platforms and more players around the world,” the companies said in a joint statement.

“Electronic Arts and Codemasters have a shared ambition to lead the video game racing category,” Codemasters Chairman Gerhard Florin added. “The Board of Codemasters firmly believes the company would benefit from EA’s knowledge, resources and extensive global scale—both overall and specifically within the racing sector. We feel this union would provide an exciting and prosperous future for Codemasters, allowing our teams to create, launch and service bigger and better games to an extremely passionate audience.”