Early 4G adopters give their verdict on the service
Advertisement 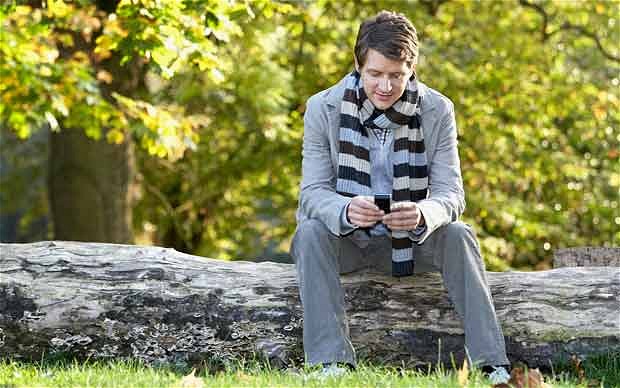 The jury is in. 4G users find the service reliable and better at handling demanding tasks than some home broadband, says Sue Tabbitt.

Jonathan Pearson seems pleased to have been an early adopter of 4G. “I’m a bit of a ‘boys’ toys’ addict and 3G just didn’t seem to be up to the job any more. Having 4G means I can do things I would normally use my home broadband connection for,” he says.

“Whether it’s uploading content to social media sites or watching news on my train journey home, I know the experience will be a good one.”

Pearson, 37, a commercial airline pilot who lives in London, joined EE’s service about two months ago when his previous mobile contract expired. He has an iPhone 5.

He reckons the overall cost differential for the 4G connection is negligible. “My baseline contract price is around £15 a month more than I was paying with my previous provider but I did opt for the top package available,” he says. “Once you’ve factored in the cost savings I’m making on my international roaming I’m probably saving around £25 a month.

“It was inconceivable 10 years ago that we could achieve the sort of data speeds we now take for granted in the home. To now have this technology in your pocket is truly remarkable. It’s like taking your home broadband connection with you wherever you are, except that in my case 4G leaves my broadband provider standing by a significant margin.’’

James De Vile, another early adopter, wants to watch a video in the park or access the Spotify music service from anywhere. “3G was so flaky that I had to sync any music I wanted to listen to, just as you would with an iPod,” says the 28-year-old content and account manager at a hi-tech PR agency.

“Now, with 4G, if I see an ad for a new album or hear a track I like in a shop I can find and play it immediately.”

De Vile also lives in London and joined EE’s 4G network in March. To take full advantage he decided to swap his iPhone 4 for a HTC One high-definition Android smartphone with a larger screen.

“I’m probably paying about £8 a month more than I was for an iPhone on 3G,” he says. “I don’t call or text much; my use is mainly internet-based. 3G was a disappointment. I could be on a train trying to watch YouTube only to find that by the time it had loaded we’d gone into a tunnel. It was all a bit clunky, so I was interested to see if 4G would deliver. I was looking for a service that was so good you almost didn’t know it was there.”

The only catch is increased data usage as a result of the faster connection, he warns. De Vile has bought a generous allowance: 3Gb of data consumption per month. “I had 1Gb on 3G but with 4G I’ve gone through that in two weeks.” The EE service shows how much data he is using so he can manage his usage.

So far, 4G has exceeded his expectations. Even after a couple of years of 3G, he couldn’t get a decent signal at his parents’ house near Cambridge. 4G is already there. “The rollout seems to be happening much more quickly and the service seems more robust,” he says.