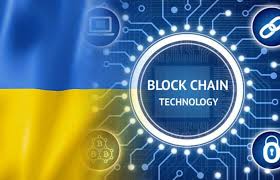 A team from EY triumphed in a 48-hour European Investment Bank (EIB) hackathon designed to find ways to use blockchain technologies to redesign the transaction processing of commercial paper.

The EIB brought together 56 coders from 15 countries in 12 teams for the hackathon, run alongside the bank’s annual forum dedicated to treasury issues.

While the conference was running, the coders were locked in an adjacent room, trying to prove that blockchain tech can improve the transaction process of commercial paper – a short-term financing instrument that is used worldwide in treasury operations and still relies on an ‘archaic’ and complex process.

In the pitching session, the EY team won the contest with an effort that taps a combination of blockchain, robotics and business AI tools to optimise the issuance process and reduce the number of exchanges between the EIB and its counterparties while maintaining each one’s role within the ecosystem.

The EY team won a EUR5000 cash prize and a contract with the EIB to further develop its solution into a proof of concept.

Alexander Stubb, vice president, EIB, say: “There will be major gains from the use of new technologies such as blockchain, generated from the simplification and streamlining of existing financial processes. The new perspectives opened up by digitalisation and Distributed Ledger Technology must be assessed and we must all be ready to make use of them and embark on this new venture.

“As the EU’s financial arm, we decided to be on the active side, learn by experience and make things happen, to be a facilitator and join with our banking partners to pave the way for tomorrow’s financial industry.”

Separately, Barclays is planning a hackathon that will see coders use blockchain technology for post-trade processing of derivatives contracts. The event will take place over two days in September in London and New York, according to Coindesk.

THE FINTECH REVOLUTION IN INSURANCE