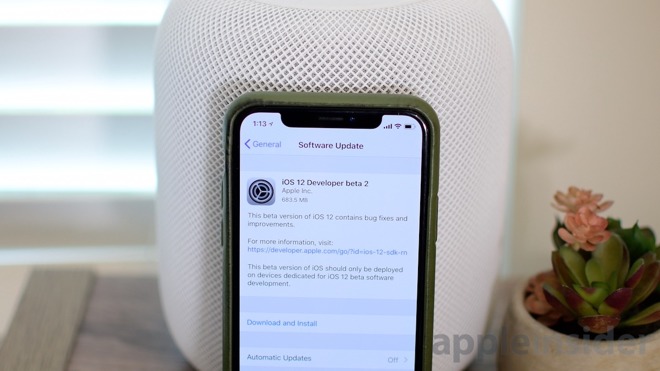 Apple with the second beta release of iOS 12 further tuned its upcoming operating system with a number of system-wide tweaks and refinements. AppleInsider details everything new in our hands-on video.

Apple seeded beta 2 just two weeks after iOS 12 debuted onstage at WWDC 2018. This major update for iPhone and iPad has new Memoji characters, digital health features, Group FaceTime, redesigned notifications and a whole lot more. So far, AppleInsider has been able to track down a total of 150 new features.

As far as what has changed since the original beta, the list is considerably smaller; AppleInsider managed to dig up over 30 changes in beta 2. Watch our quick video to see the updates for yourself.

APPLE SLAPPED WITH $6.6M FINE IN AUSTRALIA OVER BRICKED DEVICES