FaceApp: How safe is the app?
Advertisement 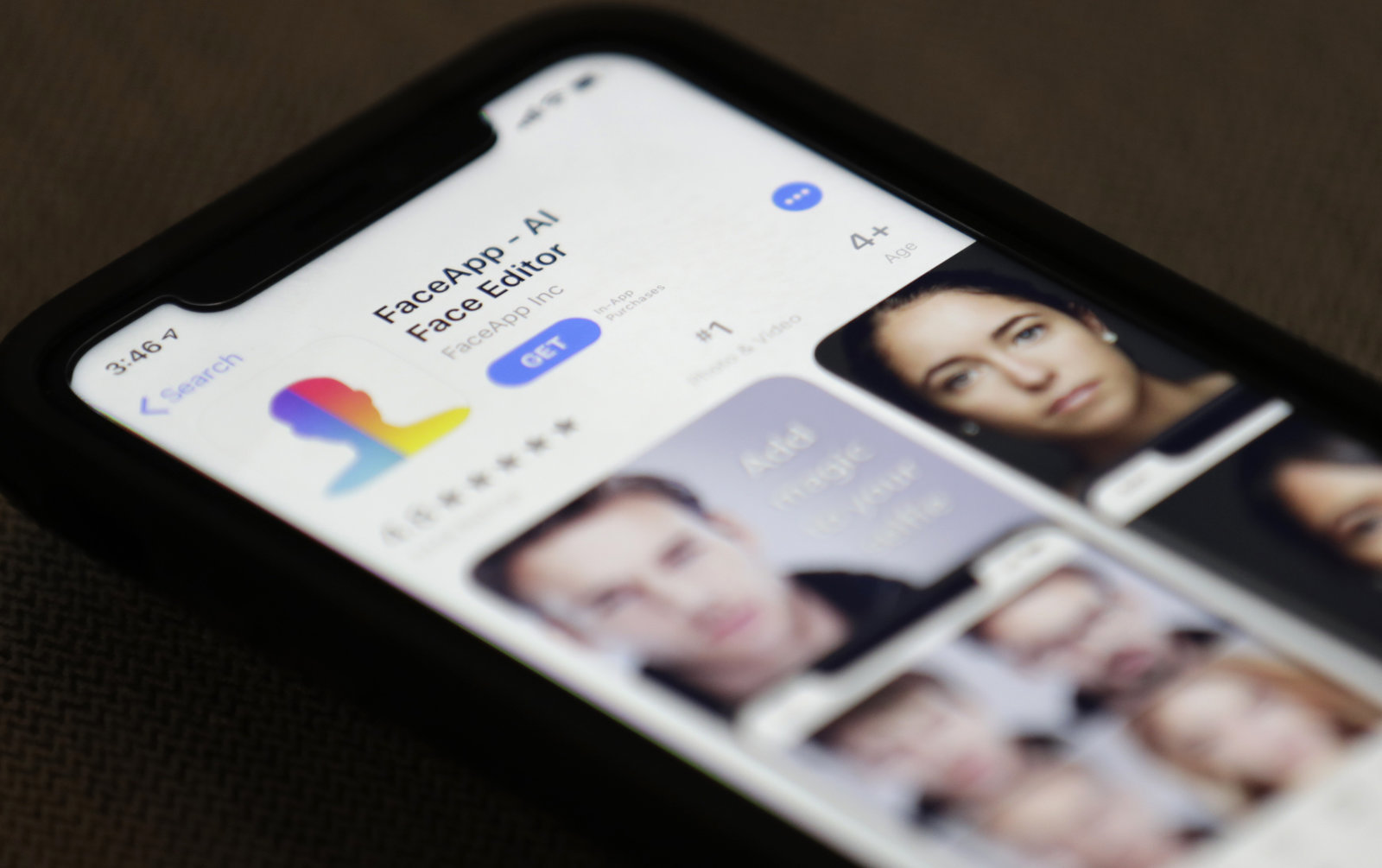 If you have been on Facebook, Twitter or any other social medium in the last few weeks  then you must have noticed that the app called FaceApp is everywhere.

Launched in January 2017, the app suddenly received a new lease of life.

But as quickly as it has appeared, the worries about what the company is actually doing with photos and it’s users privacy have followed too.

FaceApp is the hot new trend. It’s an iPhone and Android app that takes your photos and performs some digital wizardry to manipulate your face through a number of clever filters.

The old age filter has become particularly popular because it is available for use in the app for free. It’s pretty amazing too, and is able to produce highly convincing results.

The app works by using the power of machine learning. This is a new technique that is increasingly ubiquitous in computing.

Essentially, rather than try to explain to a computer what it means to age – and describe using code what a wrinkle, grey hair or Werther’s Originals are – the computer will figure them out for itself by being “trained” with thousands of other photos of old people.

The results are pretty impressive – if not entirely accurate. Run a photo of someone who is old now from when they were young, and FaceApp is unlikely to produce an image which looks exactly like them now.

So this is the important question! As quickly as the app has gone viral, so have the privacy worries. So much so that US Senator Chuck Schumer has called for the FBI to investigate the app.

And there are many posts going viral on Facebook and other social media urging users to approach the app with caution.

The worry seems to hinge on the fact that in order for the app to work, the user must grant the app access to the photos on his phone – just like you have to with Instagram or a billion other apps.

What’s worrying people is two things: What this conceivably means is that the app has access to all of the photos on your phone, so if developers chose to do so, they could conceivably tell the app to upload all your photos to their servers, or pass them on to other organisations.

What’s amplifying this worry is that the company that makes the app, Wireless Lab, is based in St. Petersburg, Russia.

Although large, mainstream apps routinely collect user data, many trendy-at-the-moment apps are guilty of mining user data as a primary purpose. Some personality quizzes on Facebook and similar services collect user information as a business, opening people up to breaches such as in the Cambridge Analytica scandal.

As for FaceApp, the app grabs a photo only if you specifically select it to see your face change, security researcher and Guardian Firewall CEO Will Strafach said.

The confusion comes from an iPhone feature that shows your photo library within the app. It is an Apple feature that lets you select a specific photo, but doesn’t give the app full access to the library, even though it may appear that way.

You have the option of granting access to your entire photo library, but even then, there is no evidence the app is uploading anything other than the photo selected.

There’s a version of FaceApp for Android, but those phones don’t tap photo libraries the same way.

That’s not to say the app isn’t free of problems, Strafach said.

Despite the initial worries, at the moment the evidence suggests that the app is behaving responsibly and not uploading all of the user photos. Several other developers have analysed what is being transmitted, and have concluded that all the app is uploading are the photos that the user chooses to apply filters to.

This is because unlike, say, Instagram filters, the photo processing on FaceApp takes place in the cloud. In other words, all the app does is upload the photo and then download the completed stuff – all of the clever digital ageing takes place on servers elsewhere.

The reason for the app working this way could be two-fold: First, this sort of processing is very hard to do locally. The reason machine learning is so powerful now is because processing can take place using the processing power contained within entire server farms if necessary – rather than relying on the processor in your phone.

Even with those admissions, Strafach urged people to resist the pull of the app. He said the app should have been upfront and told users it was processing photos in the cloud rather than on phones.

‘‘Bottom line is they were handling sensitive data and they handled it cavalierly and that’s just not cool,’’ he said.

An Advanced SEO Guide to Top Rankings on Amazon

LG and Sony are struggling to sell smartphones