Yahoo and Facebook have called on the US government for greater transparency about the National Security Agency’s (NSA) requests for user data.

At the TechCrunch Disrupt conference in San Francisco, the chief executives of Yahoo and Facebook expressed frustration over the way the government has handled NSA requests and the secrecy it requires. 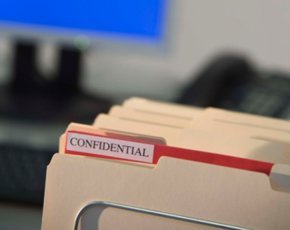 The public appeal follows Yahoo’s announcement it is joining Facebook, Microsoft and Google in suing the US government to publish greater detail about requests to hand over user data.

The technology firms are trying to distance themselves from the Prism internet surveillance programme revealed by whistleblower Edward Snowden in June 2013.

Yahoo, Google, Twitter, Microsoft and Facebook have all subsequently released “transparency reports” on the total number of user data requests they receive from governments around the world.

But US law prevents the technology companies specifying how many are made under the controversial Foreign Intelligence Surveillance Act (FISA) and National Security Letters (NSLs).

Facebook CEO Mark Zuckerberg said the government’s attempt to reassure people – by saying it is collecting information only on people outside the US – was not helpful to multinational companies, CNN reports.

“It think it’s my job and our job to protect everyone who uses Facebook and all the information they share with us. It’s the government’s job to protect all of us,” Zuckerberg said.

“I think they did a bad job of balancing those things here.”

Yahoo CEO Marissa Mayer said the company could not refuse the government’s orders or discuss the data requests because they are classified.

However, Mayer said Yahoo was “working within the system” to pursue an aggressive approach to dealing with the US government.