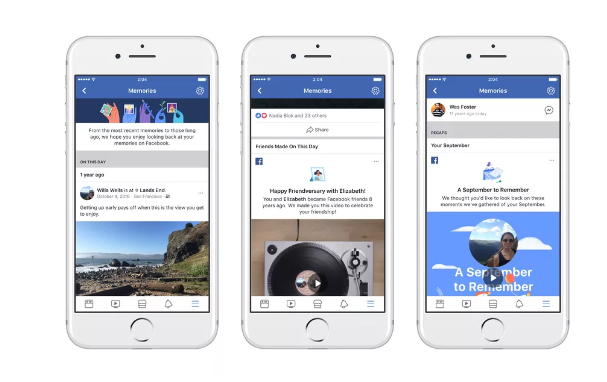 Facebook announced a new page today called “Memories,” where it’ll surface old content from the days of Facebook past. It’s similar to the “On This Day” feature you’ve likely seen in your News Feed. In addition to “On This Day,” memories will include a few new sections, including Friends Made on This Day, seasonal or monthly recaps, and memories you might have missed from the past week. It’s a simple feature that’ll probably give people happy feelings that they’ll then want to share.

The company has been attempting to perfect “On This Day” since it launched, in an effort to only surface positive posts and not painful memories. Users can dismiss stories in their News Feed or block out specific people, dates, or date ranges in their preferences. It also automatically detects potentially negative memories based on friend reactions and keywords; the post then will stop showing up in News Feeds. Clearly, Facebook wants to keep things cheery, at least when it comes to reminiscing, and it’s willing to take Memories out of the feed so as to not trigger anyone who wasn’t expecting a dark post.