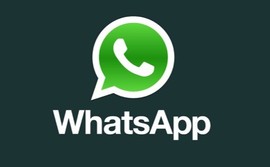 When first announced earlier this year,Facebook said that WhatsApp would cost it $16bn, plus up to $3bn in stock for the app’s founders. However, on Monday it was revealed via a US Securities and Exchange Commission filing that the deal is now worth $21.8bn in total, due to the higher value of Facebook stock.

This regulatory filing also reveals that WhatsApp founder Jan Koum will receive almost $2bn in stock over a four-year period, as an inducement for him to stay with the company. Koum, who will serve as WhatsApp Chief Executive and become a Facebook director, likely will welcome this, as he will also receive the same $1 annual salary as Facebook founder Mark Zuckerberg, and will not be eligible for any Facebook bonuses.

In a joint statement, the companies said on Monday that they were “looking forward to connecting even more people around the world, and continuing to create value for the people who use WhatsApp.”

The closure of the Facebook’s WhatsApp acquisition comes just days after European regulators gave the deal the thumbs up, saying it does not pose a thread to the mobile communications app market.

“While Facebook Messenger and Whatsapp are two of the most popular apps, most people use more than one communications app. We have carefully reviewed this proposed acquisition and come to the conclusion that it would not hamper competition in this dynamic and growing market.

“Consumers will continue to have a wide choice of consumer communications apps. This is a very dynamic market with several competing apps available on the market, such as Line, Viber, iMessage, Telegram, Wechat and Google Hangouts.”