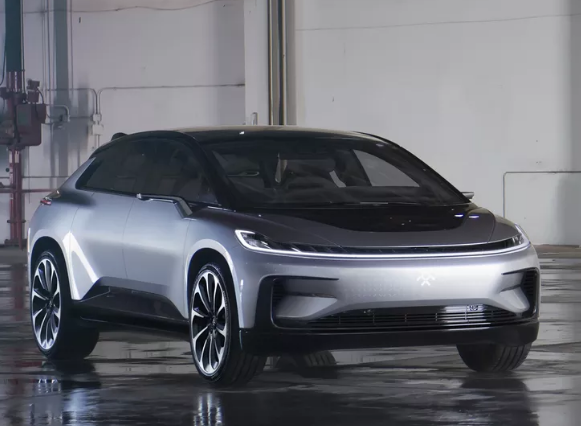 Dag Reckhorn, Faraday Future’s senior vice president of global manufacturing — and the last of the company’s five “founding executives” — resigned Wednesday, according to an internal email obtained by The Verge. The news comes after investor trouble sparked two wild weeks of layoffs and salary cuts that quickly turned into furloughs and executive departures at the EV startup, and a co-founder calling the company “effectively insolvent.”Reckhorn said in his email to staff that he is working to establish an emergency fund for employees affected by the furlough.

“I am heartbroken to have to let you know, that I will leave FF effective today,” Reckhorn wrote in the email, which was sent to the company’s remaining staff. “There are legalities that force me to do so. Please do not believe that I am ditching the best team I ever worked with.”

Faraday Future spokesperson John Schilling confirmed Reckhorn’s resignation. “We thank him for his service to FF and wish him the best of luck in his future endeavors,” he said.

IN AN EMAIL, RECKHORN TOLD STAFF HE WAS “HEARTBROKEN” TO LEAVE

Reckhorn mentioned in the email that he is “think[ing] about opening an emergency fund” for employees in “dire needs” as a result of the furlough, and that he’s putting in $10,000 to start. “Other colleagues are free to join and donate as well,” he wrote. The hope is to “help [employees] as best as the available funds allow.” Before the layoffs and furloughs, Faraday Future still had around 1,000 employees in the US.

Following a now-prolonged fight with its main investor, China’s Evergrande Real Estate Group, Faraday Future announced the furloughs (or forced unpaid leave) to employees on Tuesday. All workers who joined the company after May 1st of 2018 were automatically furloughed, while full-time employees who have been with Faraday Future since before that date were given the opportunity to stay on board at a reduced salary rate of $50,000 per year. Hourly employees who joined Faraday Future before May 1st were given the opportunity to stay on at $13.25 per hour.

Have information about Jia Yueting, or Faraday Future? Email the author at [email protected], or use SecureDrop or Signal to securely send messages and files to The Verge without revealing your identity.

Employees who had a choice had to decide by noon Wednesday. Those who were furloughed were told to “leave all FF company equipment (computer, phone, iPad, and any other FF property) at their FF workstations by close of business on October 31, 2018,” according to a letter obtained by The Verge.

It’s unclear if the proposed emergency funds will be made available to workers who were laid off last week. Reckhorn did not respond to multiple requests for comment.

The “legalities” Reckhorn mentioned in his email have to do with what’s known as “director and operator insurance (or D&O insurance),” according to two former employees, who were granted anonymity because they signed nondisclosure agreements. D&O is a type of liability insurance that protects a company’s directors and operators from legal retribution in the event of a lawsuit. Faraday Future’s D&O insurance recently lapsed, which made executives like Reckhorn vulnerable amid the recent layoffs and furloughs, these people say.

DIRECTORS AND OPERATORS COULD BE LIABLE FOR THE LAYOFFS AND FURLOUGHS, WHICH CONTRIBUTED TO THE EXODUS

In fact, Reckhorn was not alone in resigning on Wednesday. Catherine Steinmetz, who joined in 2015 from Tesla and most recently served as the director of environmental, health, and safety, sent an email announcing her resignation shortly after Reckhorn’s. A number of other remaining directors plan to leave Wednesday as well for the same reason, according to the two former employees and one worker who is still inside the company.

Reckhorn joined Faraday Future in late 2014, and previously spent more than three years as a director at Tesla, where he oversaw manufacturing of the Model S. He was also the final remaining “founding executive” at the company. After the company was formed in 2014, CEO Jia Yueting tasked five executives — Nick Sampson, Alan Cherry, Tom Wessner, Richard Kim, and Dag Reckhorn — with getting things rolling.

Cherry and Wessner resigned last August and October, respectively, as the company descended into eventual turmoil at the end of 2017. Kim resigned a few months later. Sampson — a co-founder — quit this week. Cherry, Wessner, and Sampson were also veterans of Tesla. With co-founder Tony Nie stepping away earlier this year, Jia is now the only co-founder remaining at the company.