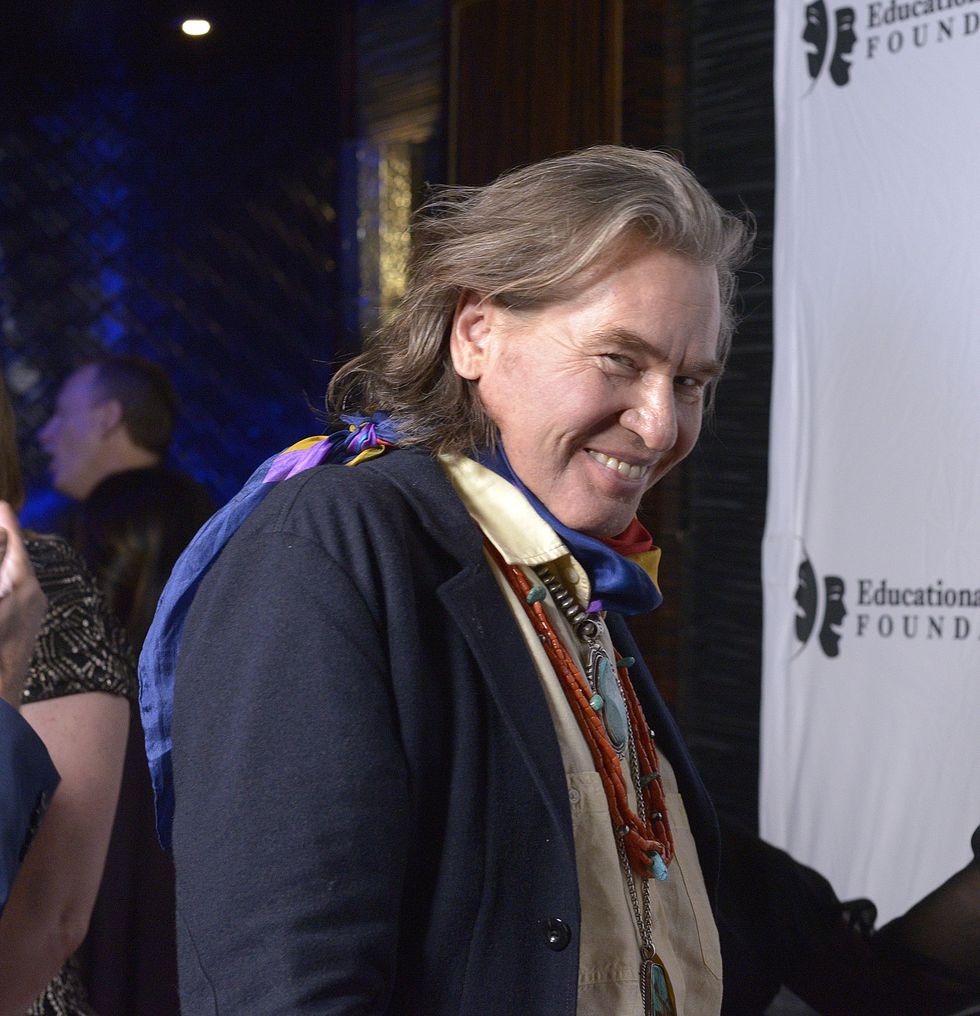 The actor, whose speech was affected by throat cancer, has partnered with an an A.I. company to express himself.

Val Kilmer, the star of movies as wide-ranging as Top Gun, Batman Forever, Heat, and The Prince of Egypt, withdrew from the public eye following a throat cancer diagnosis and two tracheotomies which left his ability to express himself vocally severely impaired. He now speaks using a voice box.

“Speaking, once my joy and lifeblood, has become an hourly struggle,” Kilmer wrote in his 2020 memoir I’m Your Huckleberry, describing his voice as “Marlon Brando after a couple of bottles of tequila. It isn’t a frog in my throat. More like a buffalo.”

But now, fans of the actor are able to once again hear his voice. Kilmer—who is returning to the big screen in the long-awaited sequel Top Gun: Maverick later this year—has partnered with tech company Sonantic to generate a version of his speech using artificial intelligence, based on existing footage and recordings of his voice.

“We all have the capacity to be creative,” Kilmer says in the video below. “We are all driven to share our deepest dreams and ideas with the world. When we think of the most talented, creative people, they speak to us in a unique way. A phrase we often hear is ‘having a creative voice.’ But I was struck by throat cancer. After getting treated, my voice as I knew it was taken away from me.”

“People around me struggle to understand me when I’m talking. But despite all that, I still feel I’m the exact same person, still the same creative soul. A soul that dreams ideas and stories constantly. But now I can express myself again, I can bring these dreams to you, and show you this part of myself once more. A part that was never truly gone, just hiding away.”

Deep Science: Combining vision and language could be the key to more capable AI