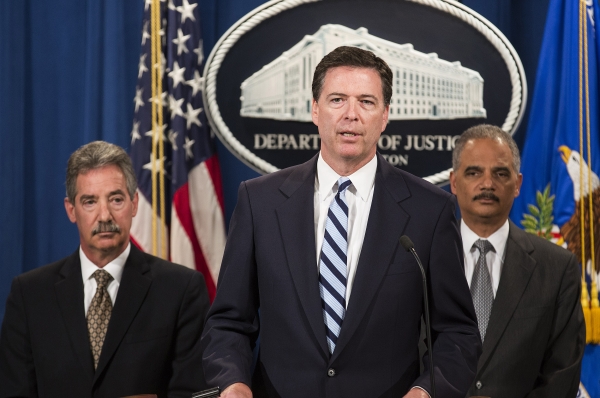 FBI Director James B. Comey spoke at Brookings Institution in Washington, D.C. earlier this week, claiming the new encryption techniques used by Apple and Google might be regulated or thwarted completely by the government, in order to give authority the upper-hand.

This is not the first open threat from officials in the U.S. government against new encryption. Apple and Google both added deeper encryption that locked everyone out of the user’s personal information, thus making it difficult to track.

Comey claims regulations to all communications companies are likely, in order to give agencies direct access to personal data. When talking about scrutiny on these new tools, Comey said “Perhaps it’s time to suggest that the post-Snowden pendulum has swung too far in one direction – in a direction of fear and mistrust.”

The “post-Snowden” fever is similar to the post-9/11 fever in some ways, only instead of the government enacting new laws and regulations, technology companies are implementing better protection for their own users. This keeps them out of view of the ever-watchful eye of the government.

Apple and Google have not commented on Comey’s latest statement on the matter. It’s doubtful either company will back away from their encryption plans, with Google claiming it will only become harder to get into someone’s phone over the next few years.

fter the Snowden leaks became public, many tech companies were in the spotlight, due to giving the NSA and other authorities direct access to their databases. Companies denied these accusations and have since added more encryption and security onto their services.